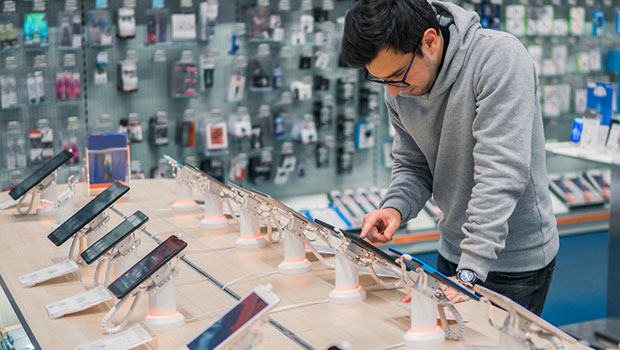 Only a fraction of consumers are willing to pay US$1,500 or more for aflagship Apple iPhone or Samsung Galaxy smartphone, suggests an informal ECT News Network survey conducted from April 15 to 22. Fewer than 2 percent of those who took part said they’d be willing to paying such a premium for a handset.

Since the release of the first iPhone in 2007, the latest smartphones arrive with almost disturbing regularity. Their prices typically have increased with each new product –unlike other consumer electronics categories, notably TVs, where prices havefallen steadily.

For years, consumers have been driven to acquire the latest andgreatest. Perhaps because of worries of a new recession on the horizon,or just the fact that the new devices largely fail to offer improved bells and whistles, consumers have begun showing a reluctance to fork over whatever the manufacturers have asked.

Moreover, the days ofconsumers lining up to be the first to own the newest handset alsoare largely a thing of the past.

Fewer than one-sixth of respondents to the ECT News survey said they would want the latest model, but even those individuals were reluctant to pay in excess of $1,000 for that new shiny phone.

The bulk of respondents, about one-third, were happy to forgo an iPhone or Galaxy device, and felt that any good handset for $350 or less would suffice.

More than one-fifth flat out felt that phone prices were ridiculous and said they wouldn’t pay more than $100. Nearly one-tenth of respondents indicated they didn’t even want a smartphone.

How much are you willing to pay for a new smartphone?

Smartphones may have hit a saturation point in the United States.The U.S. ranks third in the world for total number of smartphone users — behindChina and India — but has the highest user penetration, according to a recent study by NewZoo.

As of 2018, 77 percent of Americans had a smartphone, up from67.3 percent a year earlier, the research firm found.

After the 2008-09 Great Recession, smartphone prices did remainsteady, and thanks to the release of lower-priced iPhone models, aswell as the entry of competitors into the Android OS space, theoverall price of smartphones followed the course ofother consumer electronics for a while.

Then, beginning in 2016, phone prices increased again, and the trendtoward ever higher prices has picked up momentum since then. By the beginning of 2018, smartphone prices had risen by a staggering 10 percent.

“Parks Associates consumer survey data finds that between 2014 and2018, the average amount paid by U.S. broadband households on their mostrecently purchased smartphone doubled from a mean of $258 to $528,”noted Kristen Hanich, senior analyst at Parks Associates.

In 2013, the average price of asmartphone in North America was $531, and that averageincreased to $567 in 2017, according to research firm Statista. Today a new iPhone X has a price tag hovering near $1,000, which has pulled up the entire average for theproduct category.

That average is expected to increase; Sprint currently offers a Samsung Galaxy Note9 for nearly $1,250, and the Galaxy Fold phone could be priced near $2,000. Even Samsung’s “cheaper” smartphone models will command price tags of around $750.

The prices of the phones thus have exceeded TVs and personalcomputers, devices that have a lifecycle longer than the expected 32months for a smartphone.

Price comparison website Flipsy actually broke down the costs ofregularly replacing a smartphone. Based on an average price of $567with an upgrade cycle of 32 months, it found that if users bought theirfirst phone at age 18 and replaced it every 32 months until the age of78, it would result in 22 smartphone purchases and a total cost of $12,474.

That number doesn’t include monthly service or the costs of apps. Justwith the service plans, Flipsy estimated that in a lifetime asmartphone will cost a consumer, on average, around $75,000.

The increasing cost of smartphones has resulted in consumerskeeping the devices longer — something that manufacturers havetried to address by offering devices with newer features, but withoutmuch success.

“First is the movement of smartphone payment models away from mobilecarrier subsidies and towards consumer-carried payment plans,” shetold TechNewsWorld.

The second shift has been the rising price of flagship smartphones.

“With smartphones on the market for over a decade now, and innovativehardware features fewer and further between, the smartphone market isquickly commoditizing,” Hanich said.

One reason the high prices aren’t turning off some customers isthe fact that many individuals actually aren’t paying the full stickerprice — at least not up front. Even the highest-end phones continue to be subsidized by the carriers.

“The monthly cost is usually around $30 to $35, so as the devicebecomes more expensive, the length of the financing term increases,” hetold TechNewsWorld.

“Hence the out-of-pocket cost is the same — it’s just that people keeptheir phones longer,” Entner added. “It’s like the old joke: I don’tcare how much gas costs, as I am only putting $10 in the car.”

However, even with the subsidies, Apple and Samsung may have hit a point where even the most avid early adopters finallyare saying, “enough” — especially if the phone is going to cost more than $30to $35 a month.

“One, the prices are higher than ever, and two, there is littleinnovation making the move worthwhile,” he told TechNewsWorld.

More of the Same

Smartphones have tended to increase in price, in contrast to TVs, but TV prices have fallen in part because of widespread consumer adoption. Once everyone had a newflat panel HDTV there was little reason to buy another.

The TV manufacturers had to introduce new products — such as 3D, or morerecently, UHD/4K — and that was crucial in getting people to replace aproduct before it reached the end of its normal lifecycle. Smartphones followed a similar path, but in recent years there has been increasingly less reason to upgrade.

Simply put, the bells and whistles aren’t there.

“If Apple iPhone, Google Android and Samsung Galaxy would focus onkeeping prices low and keeping innovation high, the same as we saw adecade ago, the smartphone market would still be very strong,”maintained Kagan.

The slowing pace of innovation isn’t the only factor.

“The global market is approaching saturation. Everyone who might useone, has one,” suggested Steve Blum, principal analyst atTellus Ventures Associates.

No Technological Leap Yet

One other factor is that the newest phones really aren’t much of aleap forward, at least not yet.

“The marginal attraction of new apps and more powerful and fasterhardware is diminishing,” Blum told TechNewsWorld.

Then there is the fact that a new dawn is on the horizon, he added.

“Look at it from a network perspective. 5G networks need 5G-capablesmartphones, and over the next five years that will be the primarydriver of upgrades and new phone sales,” Blum explained.

“The bleeding-edge, technophile segment will be significant in 2020,”noted Blum.

Yet, even when those phones appear, there could be issues to overcome –and the biggest likely will be battery life.

“The first units on the market won’t be optimized yet, so it will beat least a year before manufacturers and carriers really understandpower budgets,” he added. “But at this point, it looks like 5Gsmartphones will burn through batteries faster than 4G phones, andthat’s a problem yet to be solved.”

Aside from new handsets not being innovative enough, there’s also the problem that the manufacturers haven’t been innovating in the ways they market them.

Until 5G arrives, and until some of its early issues are worked out, therewill be few reasons to invest big dollars in the latest phone.

“This warning flag has been waved for the last couple years, but stillphone makers keep heading down this same weaker growth path,” saidKagan.

It isn’t just a matter of customer fatigue.

“Customers do get a technically advanced phone with the higher-pricedmodels, but most [consumers] are not interested in this kind ofinnovation,” he added.

“After all, the average customer is happy with three cameras and doesn’tneed six — especially if it costs them more,” Kagan observed, noting that more features don’t equal innovation.

“Users fall in love with their brand,” said Kagan. “If it suddenlybecomes unaffordable, they will stick with their present device longeror even buy pre-owned devices.”