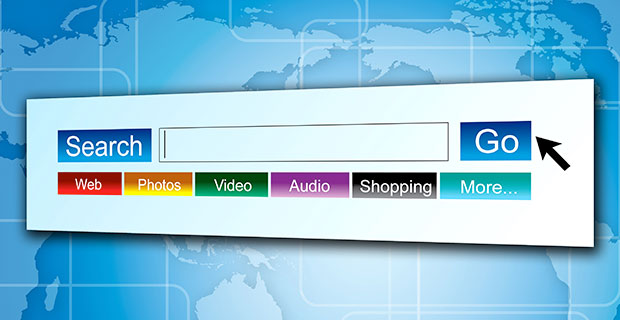 Google must remove search results about medical regulators’ conditional suspension of a Dutch physician in the first “right to be forgotten” case of its kind in the European Union.

After Google and Dutch data privacy watchdog Autoriteit Persoonsgegevens rebuffed the doctor’s initial attempts to get disciplinary actions purged from online search results, a district court in Amsterdam sided with the surgeon.

The physician had an interest in preventing her full name from appearing in Google search engine links connected to a blacklist of doctors, the court found.

The surgeon’s right to be left out of Google’s search results outweighed the public’s right to use the search engine to find the information, the court maintained.

Although the court acknowledged that information at the blacklist site was accurate, it stated that the pejorative name of the site suggested the surgeon wasn’t fit to treat people, which was not supported by the regulators’ findings.

Because the blacklist site contained accurate information, it would have been an uphill battle for the surgeon to force it to take down the offending information about her.

“They didn’t go after the site because they had no grounds,” said Adam Holland, a project manager at the Berkman Klein Center at Harvard University in Boston.

However, “if they could render it invisible in Google, that’s practical obscurity, which is the next best thing to taking the information down,” he told TechNewsWorld.

Right-to-be-forgotten cases have placed Google in the role of a censor, observed French Caldwell, CFO of The Analyst Syndicate, an IT research and analysis group in Washington, D.C.

“The reason is it’s much easier to deal with Google from a regulatory enforcement standpoint than it is to deal with millions of source sites,” he told TechNewsWorld.

“Google has been made the de facto censor of Europe,” Caldwell said. “That’s an awful lot of power to hand over to a private company.”

The European Union has been asking Google to exercise judgment in circumstances that didn’t require it before, Robert E. Cattanach, a partner in the Dorsey law firm in Minneapolis, told TechNewsWorld.

“Once you put that power in the hands of a platform, where’s the accountability?” he asked. “Who’s going to say to Google, ‘Take this down but leave this up’?”

Without its search findings, people would have trouble finding relevant information on the medical regulator’s Big Register, where its public records are available online, Google argued in the case.

However, the notion that consumers depend on Google search results to choose doctors is questionable.

“I don’t think consumers are googling names, clicking on links and saying, ‘Here’s an unverifiable database of names. I’m going to make my doctor decisions based on that,'” suggested the Berkman Center’s Holland. “That seems pretty tenuous to me.”

The court initially handed down its ruling in the case last summer, but up to now, legal wrangling over whether it should be made public prevented its release.

Since then, the surgeon’s attorney has tried to remove from the blacklist the details of 15 doctors who have been involved in disciplinary actions.

“This sets a precedent,” Holland said, “especially for any profession that is often reviewed and likely to have these third-party sites collecting disciplinary information about the profession.”

It’s worrisome not only that important information about this particular doctor will be difficult for consumers to find, but also that other information will be obscured, said The Analyst Syndicate’s Caldwell.

“I think there is a danger that people who commit deeds consumers should know about are going to have their information blocked,” he said.

“It’s going to have a negative impact on consumers,” said Dorsey’s Cattanach. “We all depend on online, reputable resources to make decisions. If you start denying that information, we aren’t going to make as many good decisions.”

In the United States, this decision rubs against prevailing trends toward transparency, to provide consumers with information about everything from police actions to sexual harassment violations, to rent charged in rent control areas, observed Timothy Toohey, an attorney with the Greenberg Glusker law firm in Los Angeles.

“Europeans believe a person is entitled to a fresh start,” he explained.

That can be very hard in the digital age, when “one remark broadcast on the Internet can destroy a person,” Toohey remarked.

Right to Be Forgotten

The “right to be forgotten” originated in a 2014 decision by the European Court of Justice in a case involving Mario Costeja Gonzlez.

Gonzlez, a Spanish man, filed a lawsuit with the court after a newspaper in Catalonia refused to delete a 1998 auction notice about his repossessed home. He argued the matter had been settled and no longer should appear in Google’s search results.

The court sided with Gonzlez and ordered Google to erase links to the pages at the newspaper that contained the auction information.

In its ruling, the court noted that European citizens had the right to ask search engines to remove search result links that were “inadequate, irrelevant or no longer relevant or excessive … in the light of the time that had elapsed.”

Since the decision, some 3 million Europeans have made right-to-be-forgotten requests.

However, the right applies only to European searches, a principle recently affirmed by the ECJ after France tried to expand the right globally.

A number of UK and international free speech groups opposed France’s move, arguing that extending the power would encourage censorship in countries like China, Russia and Saudi Arabia.

The ECJ adopted a black-and-white position on the right to be forgotten, Cattanach said.

“They knew there would be places on the margin where … it would make no sense, but they were intimidated by the prospect of creating exceptions, and exceptions to the exceptions, and getting bogged down forever in debate and drafting,” he explained.

“So they made it an absolute right, and it trumps the rights, among others, of consumers to be given important public information about service providers,” Cattahach noted. “They decided to go with that even though they knew it would create some problems.”