EU Copyright Directive Advances Despite Worry Over Breaking the Internet 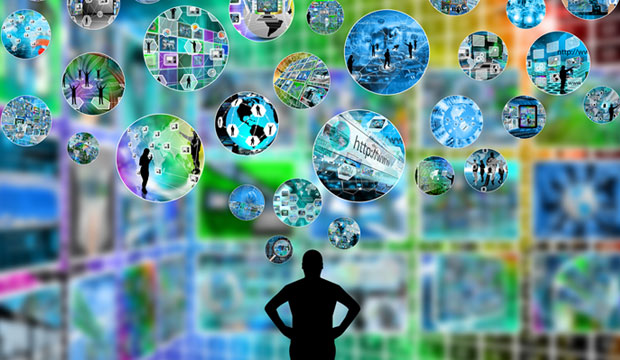 The European Parliament on Wednesday approved a directive aimed at protecting the intellectual property of copyright holders on the Internet. It would require online platforms to scrutinize content their users post online and enter licensing agreements with rights holders.

The Parliament approved the copyright directive with a vote of 438-226, with 39 abstentions.

“I am very glad that despite the very strong lobbying campaign by the Internet giants, there is now a majority in the full house backing the need to protect the principle of fair pay for European creatives,” said Parliament member Axel Voss.

“There has been much heated debate around this directive and I believe that Parliament has listened carefully to the concerns raised. Thus, we have addressed concerns raised about innovation by excluding small and micro platforms or aggregators from the scope,” he said.

“I am convinced that once the dust has settled, the Internet will be as free as it is today, creators and journalists will be earning a fairer share of the revenues generated by their works, and we will be wondering what all the fuss was about,” Voss added.

The latest version of the measure contains provisions to protect the intellectual propery of rights holders while preserving freedom on the Internet, according to proponents.

For example, sharing hyperlinks and descriptions won’t be subject to copyright constraints.

Wikipedia and open source software platforms, like GitHub, are excluded from compliance with copyright rules.

The directive will guarantee that artists (notably musicians, performers and script authors), news publishers and journalists are paid for their work when it is used by sharing platforms such as YouTube and Facebook, or news aggregators such as Google News, according to its supporters.

Although the directive applies only to European nations, its impact is likely to be felt globally.

“Because it will be easier for most tech companies to comply with European law for global operations, most Internet users will be affected the way European users are affected,” said Gus Rossi,global policy director at Public Knowledge, an advocacy group based in Washington, D.C.

“We’re going to see very broad application in non-EU contexts, because the stakes for getting it wrong are too high,” said Cory Doctorow, a special advisor to the Electronic Frontier Foundation, an online rights advocacy group based in San Francisco.

“There are high statutory damages,” he explained. “They vary from country to country, but they tend to be in the six-figure range per download.”

The directive will make it harder for users to share information, knowledge and political satire, as well as to create new forms of content, Rossi told the E-Commerce Times.

Under the directive, Internet platforms are required to compensate rights holders for links to their content posted on the platforms.

“If a platform doesn’t agree to pay news sources, then users won’t be able to share trustworthy information created by professional journalists,” Rossi pointed out.

That could feed the distribution of fake news on the Internet.

In the past, licensing schemes have been tried in Spain and Germany, he noted, but “in both countries, they failed dramatically.”

The directive would lead to censorship, Rossi also maintained.

The directive makes Internet platforms responsible for what their users post, which “will chill speech online,” he said. “It creates incentives for Internet websites to censor content.”

Another provision in the directive requires platforms to filter all the content posted by their users to prevent copyright infringement.

“There’s not really anyone outside a few companies in China and one or two in Russia that can afford this kind of compliance. All the small European companies will be put out of business at the stroke of a pen when this comes into effect,” he predicted.

“The filters that we’re talking about are outrageously expensive,” Doctorow observed.

“The one that YouTube uses just tracks the audio tracks of videos, and it cost (US)$60 miliion to build,” he noted. “To operate a platform where users share video and text and 3D models and audio and all the things we see frequently shared on a single platform will mean hundreds of millions of dollars in compliance costs.”

The new directive is aimed largely at harmonizing copyright law across the European Union, but only two provisions seem to be garnering any attention, remarked Roy S. Kaufman, managing director for business development at the Copyright Clearance Center, a copyright licensing services provider in Danvers, Massachusetts.

“Why?” he asked. “Because these two provisions — one creating a ‘neighboring right’ for publishers and one holding platforms at least somewhat responsible for the infringing content on which they profit — led to a major counteroffensive by technology platforms,” he told the E-Commerce Times.

“To the platforms, their lobbyists and astroturf organizations, these provisions will ‘break the Internet,'” Kaufman noted.

However, “the EU has rejected this scaremongering,” he said. “The EU sensibly looked at the concentration of power in the platforms, the harm to democracy and free expression that comes from continued economic takings from authors, musicians, artists — and yes, publishers, newspapers, studios and recording labels — and concluded, on balance, that culture was under threat.”

The copyright directive next goes to something called “trilogue negotiations,” where representatives of the EU parliament, European Council and the European Commission will hammer out a final version of the law.

Then the directive will go to the European Parliament for final action.

Because European Parliament elections will be held in the second half of 2019, however, the directive needs to clear the body by the end of the spring or face an indefinite delay.

Whether the Parliament approves the finalized directive or not will depend on how much of a third rail it becomes between now and then.

“There isn’t anyone who’s going to go home and campaign on ‘Vote for me, I did this copyright thing,'” Doctorow said, “but there are plenty of voters who might vote against someone for breaking the Internet.” 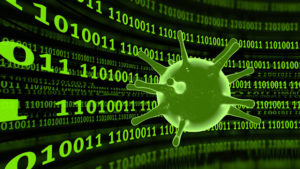 Virus Attack on Chipmaker Could Delay Next iPhone