Everyone’s a Winner in Apple-Qualcomm Settlement 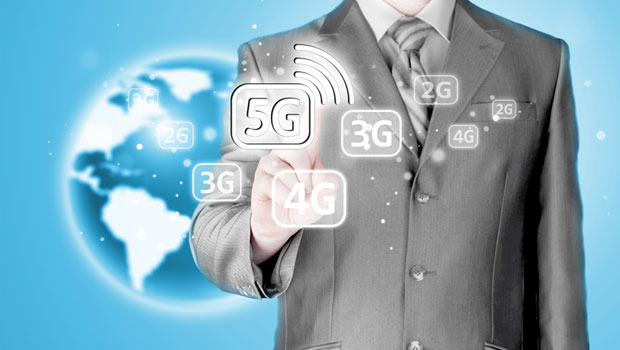 Apple and Qualcomm on Tuesday unexpectedly announced a settlement as their case entered the second day of a hearing in the U.S. District Court for the Northern District of California in San Diego.

In related news, Intel on Tuesday announced it was getting out of the 5G smartphone chip business.

The Apple-Qualcomm settlement provides the following:

The settlement will free Apple to enter the 5G smartphone competition, where it has been outstripped by Android device manufacturers.

At least 10 companies — including Apple arch-rival Samsung and LG Electronics, as well as Huawei, Oppo and other Chinese smartphone makers — are producing 5G smartphones or have announced them.

Apple reportedly planned to delay offering a 5G smartphone until 2020 or later. That would have hit it hard.

“Even in 4G, Apple is up to two years behind Android devices,” noted Chris Taylor, a research director at Strategy Analytics.

“It looks like they were going to be behind in 5G as well,” he told TechNewsWorld.

Apple had agreed to source 5G smartphone chips from Intel. However, it “was behind on Apple’s requirement for chips, and Apple had a commitment for a 2020 5G release,” remarked Ray Wang, principal analyst at Constellation Research.

“Qualcomm has stayed very innovative and, at the end of the day, has the better chip,” he told TechNewsWorld.

Apple, which had battled Qualcomm fiercely for years — alleging that it had overcharged for its chips and was leveraging its monopoly — apparently folded in the face of evidence of deception that emerged in court on Monday.

“The opening remarks in the latest action in San Diego detailed documentation from Apple indicating [it] had been acting disingenuously and had embarked on a five-year plan to destroy Qualcomm,” said Rob Enderle, principal analyst at the Enderle Group.

“Both Apple and Intel were caught stealing IP from Qualcomm, which could have resulted in criminal charges,” Enderle told TechNewsWorld. “Folks do get jail time for IP theft, and the result would have opened up Apple to other IP theft charges that would have been far more difficult to defend.”

Further, the disclosure of the documents “would turn the regulatory agencies that Apple had fooled dramatically against it — and that may still happen,” Enderle said. “This had the potential to put Apple out of business.”

Germany and China banned sales of some iPhone models because of the litigation.

To top things off, Apple faces an antitrust challenge in the EU that could spread to the United States and China, Enderle noted.

With all these factors adding up, “this simply became a fight [Apple] could no longer afford,” he said.

Apple’s selection of Intel as its 5G chip supplier posed yet another problem.

“Intel just makes the transceiver and baseband process, and that works with the Apple applications processor, so it’s basically two digital processors in the iPhone,” Strategy Analytics’ Taylor said. “Everybody else in the world puts these both together in an SoC, which is what the Snapdragon is.”

Further, Intel “decided to use what it knows best — the x86 architecture,” Taylor said. “Everybody else uses ARM-based processors for smartphones because they draw very little power.”

Also, Intel’s 5G technology “was tied to the theft of IP from Qualcomm,” Enderle pointed out. “That cloud will likely hang over Intel for some time. Repercussions from IP theft have, in the past, knocked companies out of industries. Intel admitted this was likely to happen to them, and, effectively, it did.”

The industry as a whole won with the settlement of the litigation, Taylor suggested. “A lot of people in the industry were concerned because Apple was refusing to pay for the use of Qualcomm’s IP, and it looks like that principle is saved.”

Apple can argue that it was overcharged, “but that’s a contractual matter between it and Qualcomm,” he said. “Refusing to pay — that seems pretty low.”

“Long term, win or lose, Apple would be weakened by the fight and the chance of a monumental settlement would have cratered their stock. Intel had taken its eyes off its core business and was being carved up by AMD,” he added.

“Qualcomm was badly damaged by the litigation,” Enderle noted. The settlement “will allow it to recover, and they were vindicated by this.”