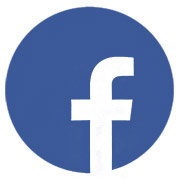 Facebook on Thursday announced FB Newswire, a site aggregating content from posts users put up on their pages that it will offer as a resource to journalists and newsrooms.

The content will be curated by Irish firm Storyful, which News Corp., at the heart of a cellphone hacking scandal in the UK, purchased in December.

The FB Newswire will “contain the best content from a multitude of categories, including news, weather, viral, entertainment, lifestyle, sports and celebrity,” Storyful said.

Facebook reported its revenue from advertising for Q1 2014 was US$2.27 billion out of a total of $2.5 billion, up 82 percent year over year.

Internet advertising now account for 21 percent of all advertising dollars, after TV, which takes 40 percent, according to Advertising Age.

So, despite its strong showing this past quarter, Facebook needs to do something to make headway against the competition.

Businesses are turning to content marketing as a way to push their products, and there are indications social media will be overtaken by other content marketing avenues such as live events, case studies and branded content tools.

Just Another Way to Sell Ads?

One concern is that the content served up by FB Newswire may be skewed to serve Facebook’s interests.

“When you’re talking about an organization that bases its business on selling something, there is the possibility of bias,” Mukul Krishna, senior global director of digital media at Frost & Sullivan, told TechNewsWorld.

“Still, right now, we should give them the benefit of the doubt,” Krishna continued. “Immediately, at least, we’re not likely to see bias.”

FB Newswire and the Fourth Estate

Whether FB Newswire skews reporting remains to be seen.

It “represents another content aggregator,” Mike Cavender, executive director of the Radio Television Digital News Association, told TechNewsWorld, and “it’s up to journalists to determine what’s accurate and unbiased and what isn’t.”

Any adverse impact on reporting resulting from journalists who use content without checking for bias “would represent a shortcoming on the part of the journalist and of the organization for which he or she works,” Cavender said.

“I would hope the vast majority of journalists would … independently verify and check [content served up by FB Newswire] on their own,” Cavender continued. “If they don’t, you can’t blame the aggregator.”

Vox Populi to What End?

Whether FB Newswire will seek to influence news reporting through its content is a question many journalists may be asking themselves.

“Grassroots reporting is not the best way to cover events,” Frost’s Krishna suggested. “You get people who are utter novices looking at things they don’t know how to interpret. Look at what happened at the Boston Marathon bombing when everybody was trying to figure out who was responsible by looking at the pictures.”

Members of various social networking sites, including 4Chan and Reddit, misidentified former Brown University student Sunil Tripathi as one of the suspects. Tripathi had been reported missing since mid-March, a month before the April 15 bombings. His body was recovered from the Providence River April 25.

On the other hand, crowdsourcing information “might turn up important things people have overlooked,” Krishna pointed out. “Right now, we should give [FB Newswire] the benefit of the doubt.”