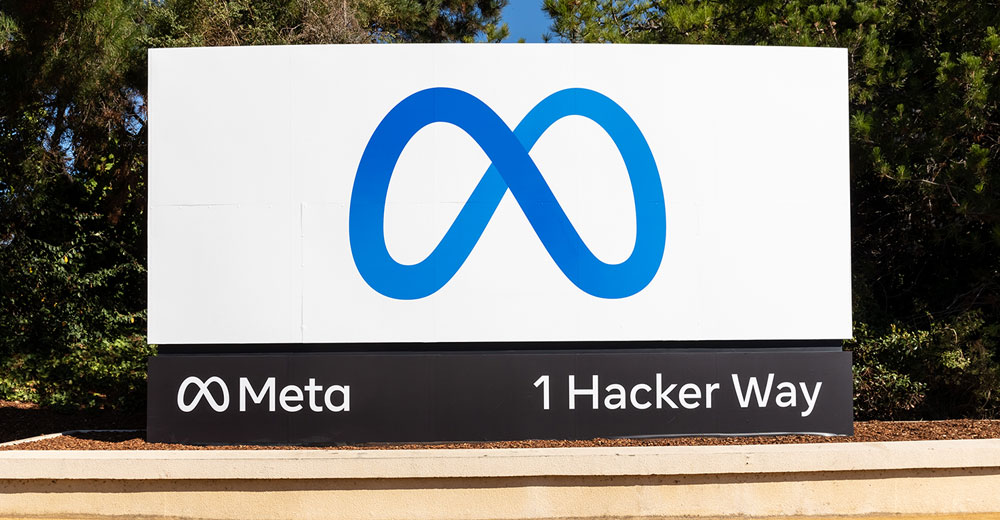 Social media giant Facebook has a new name — Meta. But the old name will remain the face on the digital conversation book.

CEO Mark Zuckerberg on Thursday announced the company’s name is changing to reflect its growing focus on the metaverse. But the social platform’s users and detractors will not see much in the way of restructuring its operation.

“From now on, we’re going to be the metaverse first, not Facebook first,” Zuckerberg said at the company’s Connect 2021 conference when announcing the corporate name change. The new name reflects his view for the company’s vision of the metaverse “beyond” now. The term “meta” originates from the Greek prefix and preposition for “after” or “beyond.”

At Connect, Zuckerberg said Meta brings together Facebook’s apps and technologies under one new company brand. Meta’s focus will be to bring the metaverse to life and help people connect, find communities, and grow businesses.

“Our corporate structure is not changing, however, as we announced on our earnings call, how we report on our financials will. We will report on two operating segments beginning with our Q4 2021 results, one covering our Family of Apps and one covering Reality Labs,” Facebook spokesperson Lisa Stratton told TechNewsWorld.

Reality Labs Research is Facebook’s technology research division, which recently got its own rebranding from being called Facebook’s AR/VR Team. The corporate name transition to Meta puts a number of platforms under one umbrella organization. Those divisions include Facebook, Instagram, and WhatsApp,

Facebook’s rebranding takes a page from Google’s playbook. Google in 2015 created Alphabet as the parent company for Google and several related companies.

For Facebook, the name change comes in the wake of mounting criticism following the leak of documents revealing internal research and decision making. That prompted ongoing investigations by congressional committees comprised of both parties.

Federal lawmakers over the last two months have been questioning Facebook about how its services impact the mental health of teens and children. Some congressional committees are calling for regulations resulting from Facebook’s scandals involving safety, data privacy abuses, and alleged misinformation.

“Right now, our brand is so tightly linked to one product that it can’t possibly represent everything that we’re doing today, let alone in the future. Over time, I hope that we are seen as a metaverse company, and I want to anchor our work and identity on what we’re building toward,” said Zuckerberg.

Part of the rebrand reflects Facebook’s efforts to shift from its social network base to the next stage in social technology. The metaverse vision depicts an immersive virtual reality world with real-time users engaging the platform for work, concerts, family gatherings, and more.

Technology experts said such a move could take a decade or more to fully develop at a large scale. The Meta concept could move the traditional social media platform beyond 2D screens toward more immersive experiences. Meta will use augmented reality (AR) and virtual reality (VR) to build an evolutionary social technology platform.

Zuckerberg during his keynote address at Connect praised Facebook’s accomplishments. He said moving beyond what is possible today, beyond the constraints of screens, and the limits of distance and physics was exciting.

“We move towards a future where everyone can be present with each other, create new opportunities, and experience new things. It is a future that is beyond any one company and that will be made by all of us,” he said.

Like many past corporate rebranding efforts, Facebook’s adoption of the Meta moniker seems likely little more than an attempt to distract customers, shareholders, and users from the reams of bad news plaguing the company, suggested Charles King, principal analyst at Pund-IT.

“The focus on VR and AR tech is hardly surprising, given the $2B Facebook bet on Oculus in 2014. That wager has yet to pay off, but the company’s leadership appears to believe that muscular new next-gen networking and compute will help drive users to new immersive services. Despite their optimism, the odds of that happening seem very long to me,” he told TechNewsWorld.

A larger point is made clear in the Meta announcement, he added. Despite the new name, Facebook’s corporate structure is not changing. This is still Mark Zuckerberg’s company, literally since he owns the majority of shares.

“Whatever he decides to call the organization, this decision has a very strong whiff of, ‘Here comes the new boss. Looks like the old boss’,” King said.