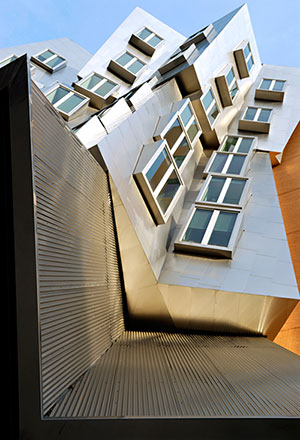 The great contemporary architect Frank Gehry has built a reputation by challenging our core beliefs around what buildings should look like, as well as the very role of design. His work is often described as “deconstructivist,” meaning that he reduces his creations to be more of a reflection of the tension that binds atomic elements as opposed to the singular “harmonic” whole of a Frank Lloyd Wright conception.

Gehry has established an entirely new paradigm for architecture — one that is enabled by the most modern construction materials and techniques. His buildings, which would have been impossible to construct a generation ago, have given us a new way to appreciate architecture.

Frank Lloyd Wright’s Prairie School architecture has proven to be timeless in both form and function. His buildings have withstood the test of time, and — in contrast to the work of his contemporaries — strike us as “modern” a century after their conception.

Adopting the new paradigm of a cloud-centric application architecture provides a once-in-a-generation opportunity to re-architect how an organization serves both internal and external constituents. In terms of customer relationship managemen, it allows for unparalleled customer-centricity. In operational terms, the cloud offers an extraordinary opportunity to “get lean” by consolidating disparate systems into a single elastic record for product, pricing and customer data.

Achieving the full potential of the cloud paradigm shift requires vision, courage and expert execution. By embracing cloud computing, companies benefit from an application architecture that harnesses the potential of new capabilities like a Gehry while delivering the efficiency and elegance of a Wright.

What Does Architecture Represent?

Semantics play a powerful and important role in our projects. The terms “portal,” “CRM” and even “customer” (versus “end-user” or “channel partner”) can have widely divergent meanings. Thus, every new project requires an early level-set on definitions for these and other relativistic terms. 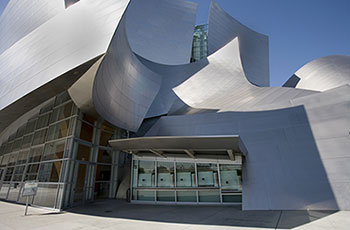 Applications architecture defines the primary automated systems that support business processes, such as marketing, sales and customer support. This architecture also rationalizes where certain core functionality resides. For example, inventory management functions may reside in CRM, e-commerce or accounting systems, as well as in stand-alone systems, depending upon the architecture being supported.

Lastly, systems architecture describes both how and when systems communicate with each other, and what business rules are enforced by this architecture.

Sound complicated? It can be, especially when a legacy business is involved. These businesses commonly employ a tangle of business processes cobbled together over time as a workaround for inflexible and sometimes poorly implemented legacy systems.

Enter the Genius of Cloud Computing

Cloud offers a generational opportunity to reconsider not just systems, but the entire business architecture. Why? Because our experience has shown that cloud-based systems shatter the barriers for systems deployment as we have known them, by eliminating long-held assumptions about system constraints. I’ve seen enterprise resource planning systems deployments that have taken longer than the typical four-year college education, while an ERP cloud deployment can take less than four months.

Using cloud-based architecture, the ways in which a company goes to market can be completely transformed, leaving it far more nimble and much more capable of experimenting with new ways of going to market and promoting products and services. Ultimately, this is only possible when cloud computing is fully embraced within the context of business, applications and systems re-architecture. Embracing the possibilities means re-inventing, discarding assumptions and embracing change. For those who do, the real promise of cloud computing awaits.

New technologies have enabled breakthrough designs in construction that have allowed the whimsical musings of an architect like Frank Gehry to be turned into inspiring sweeps of creativity. In the same manner, cloud computing enables entirely new ways of approaching how automated systems are constructed and, more importantly, how these systems interact with one another.

One exciting development that has occurred in parallel with the rise of cloud computing is the advent of “open” systems, which have come to replace the closed architectures that dominated previous technological eras. Open systems allow business applications to freely exchange data using commonly accepted protocols. As the practice of interconnecting systems became more commonplace, the idea of moving past one-to-one connections to interdependent networked computing took hold. 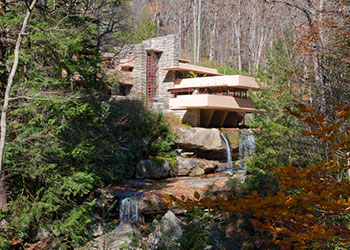 These open-systems capabilities are what allow various “clouds” to coexist and form ecosystems. This is how eBay has created an ecosystem around its auction platform, leveraging PayPal and other payment transaction gateways. Amazon and Google “rent” their cloud to other application vendors, forming other ecosystems. Facebook, Foursquare and Zynga all share interdependent fates in the “social cloud.”

Even hardware companies depend on open-systems capabilities. Nokia’s new CEO was recently quoted as saying the key to the company’s survival was to either create a new ecosystem or join an existing one.

The ecosystem that Apple has been able to construct resembles a city comprised of Frank Gehry buildings — each of them unique, yet sharing a common aesthetic. Of course, the overarching unifying principle of the Apple ecosystem is really a matter of form following function — the triumph of the user experience as the ultimate arbiter of mass acceptance. Frank Lloyd Wright would have been proud.

As with many emerging technology trends, we are only scratching the potential of cloud computing. Ultimately, my belief is that the most powerful way to leverage this technology centers on the ability it gives us to form new ecosystems quickly and easily. Those who will prosper will have both the vision of Frank Gehry and the courage, tenacity and bold execution of Frank Lloyd Wright. Cloud computing delivers the “right” balance of technology enablement, timing and execution to create the ecosystems of the future.

Bill Loumpouridis is president and CEO of EDL Consulting is a national technology firm specializing in the complex systems integration issues behind state-of-the-art e-commerce and CRM business solutions.

Green Data Centers Are Where It’s At

Is Your E-Commerce Operation Ready for the Cloud?