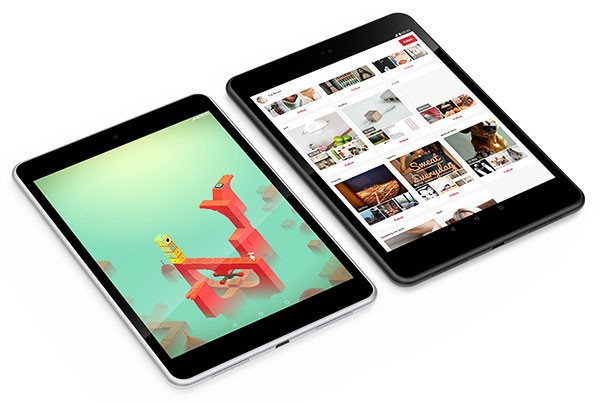 Welcome, dear readers, to our weekly look at the latest, greatest, and poorest gadgets to be revealed to the world. We call it “Gadget Dreams and Nightmares.”

Hark as yours truly extols the virtues and horrors of two wildly different tablets, a smart kitchen scale, and video games requiring patience, among other objects.

As ever, note well that these are not reviews. I haven’t even set eyes upon these gadgets in real life. Instead, the ratings denote only how much I care about testing them myself.

Don’t shovel dirt on Nokia as a manufacturing brand just yet. It’s not like the planet needs another well-known consumer gadget maker whipping up Android tablets, and yet here we are.

I just have to question why in heaven’s name Nokia thought it wise to make the N1 (pictured above) look just like an iPad. The lack of a home button notwithstanding, the front panel looks a dead ringer for an iPad Air.

If you’re going to rip off someone, I suppose it might as well be the biggest player in the game, but that’s a trick one might expect to see from a low-end knockoff manufacturer in the Far East, not a globally known entity.

The tablet itself seems fine, but not overly remarkable given what else is in the market. The Z Launcher gimmick — whereby purveyors can quickly search their apps by drawing a letter on the screen — isn’t much of a radio-friendly unit shifter, and the US$249 price tag isn’t overly enticing when the original iPad mini costs just an extra $20.

Rating: 2 out of 5 Design Influences

The company behind a crowdsourced tablet with a custom operating system wants to put the power in the hands of its users. And guess what? It actually might pay off.

Jolla’s crowdfunding campaign topped its funding goal in less than a day. It has some hefty specs for a tablet that early backers are picking up for around $200 — though even at the expected retail price of $249, it seems a great deal — as well as a much-welcome SD port.

Smartly, Jolla runs Android apps alongside software on its Sailfish OS, which looks rather lovely. My main initial concern is security, though Sailfish is based on Linux, and I’d hope it’s been tested to its limits.

I’m itching to get my hands on one and start Sailfishing with a Jolla Roger fluttering from my ship.

Drop Some Sugar on This

I initially looked at Drop with a touch of prejudice. I like to tell myself my kitchen is unbound from the shackles of technology, and a smart kitchen scale would have no place there. That, sadly, is a lie. I use my laptop and smartphone for consulting recipes on a daily basis. As such, it would be spurious of me to banish Drop from the vicinity.

I’m torn. The tendency to hit the tare button on my scale after adding each ingredient is conflicting with my desire to watch the Drop app casually move from flour to sugar. It looks so darn pretty though, and if Apple ads have taught me anything over the years, I’m a sucker for pretty things.

I’ve been more undecided on whether I like this than any other item I’ve covered in the column to date, which seems strange given how relatively innocuous it is. But, when in doubt, jump in with both feet. Sign me up, Betty Crocker.

In the crash-bang-wallop ecosystem of modern video games, gratification is instant and Candy Crush Saga level retries are a button tap away — but what if we had to be a little more patient between moves?

Players of Slow Games can make just one move per day. It can take days for any real action to happen on these minimalist screens. Make a mistake and you might undo months of progress. That’s both terrifying and enthralling.

It reminds me of the romance of chess games that’d last for years, played by rivals oceans apart, who’d send each other their turns by letter that’d take weeks to reach their destination. This isn’t quite as extreme, but it’s perhaps the closest thing we have to forced restraint in a game in our need-it-right-now culture, and that’s overwhelmingly appealing.

Rating: 5 out of 5 Double Jumps

I can’t ride a bike — my fault, not my parents! I have no balance to speak of. There’s no earthly reason why I should need or want a tiny, portable, powered bike to get me around on city streets. And yet I do want it in my life.

It’s at least a little more stylish than a Segway, and I appreciate the portability of bunging this into my backpack. I would very much like to skip the traffic and interminable crowds on buses and subways on city commutes.

Chances are, though, I’d crash this thing before I left my block. I’ll wait for the automated steering version.

Keylink Keeps Things in Their Place

Praise be to Motorola for this handy little gizmo that solves a double problem. The Keylink fob helps you track down lost keys (or whatever else you’re worried about losing) and make the Keylink sing from up to 100 feet away through a Bluetooth-connected smartphone app.

Better yet, if you have your keys in hand and can’t for the life of you see your phone, pressing a button on the Keylink will make your phone yelp for attention. 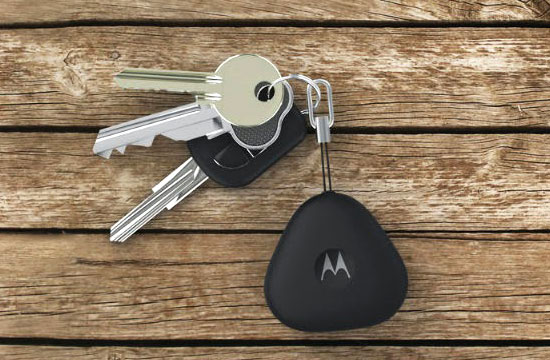 The Bluetooth fob is far from a new idea, though I like Motorola making the connection work in both directions — and in even more ways, if you have a Motorola or Android Lollipop phone, which can be unlocked with a paired Keylink.

Heaven forbid anyone lose both their phone and their Keylink, though.

Rating: 4 out of 5 Jangling Keys