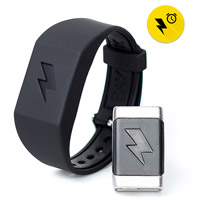 Welcome to Gadget Dreams and Nightmares, the column that drags itself away from watching people play Mario on livestreams just long enough to dig through the latest gadget announcements.

In Bowser’s Castle this week are an alarm clock that will jolt you awake, a cold brew coffee maker, and a smart clothes peg, of all things.

As always, these are not reviews. The ratings relate only to how much I’d like to try out each gizmo, and should not be understood as an indicator of my bafflement at why a smart clothes peg exists.

I’m quite possibly the worst person in the world at waking up, without exaggeration. As a boy, I slept through a gas explosion that destroyed a home around 100 yards from my bedroom. All too often, I rely on my partner to shake me out of my slumber, as my own alarm clock rarely does the trick. I need something a little more forceful.

The Shock Clock may be just up my alley. It’s a wearable band that can vibrate, beep, or administer an electric shock to jolt you awake. You might elect to use a combination of two or three elements, with the shock always saved for last.

Maker Pavlok doesn’t seem to be interested in causing you pain. Rather, the point is to use aversion therapy to train you to adjust your sleeping habits permanently. No one wants to wake up to a number of volts jolting through their body, although Pavlok describes it as equivalent to an uncomfortable static shock rather than anything truly painful. The point is, you’ll learn to get out of bed before the shock hits — eventually.

If, like me, you have a real lack of trust in your ability to get up and stay up, there’s a motion tracker that determines whether you’re actually out of bed.

I absolutely love the idea and certainly would like to test it. However, I’m concerned that I’m too much of a coward to use the zap function — or worse, that I’d get used to it after a while and ignore it as easily as I do terrible morning radio.

Rating: 4 out of 5 Dreams of Electric Beeps

Once the Shock Clock has forced you out of bed, you might want to grab a cup of joe to boost your alertness and get you ready for the day ahead. If you want a cold brew, which cuts out most of the acid for a cleaner taste, you typically have to wait up to a day for the grounds to steep properly, so you’ll need to plan well ahead. 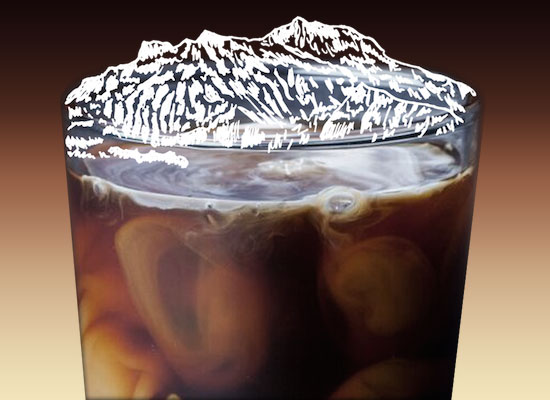 That is, unless, you have a Pique. This contraption can make cold brew coffee in just 12 minutes. That’s impressive. So too is the gorgeous hourglass design that would look good in almost any kitchen.

While you can’t escape the manual stirring necessary to make a cold brew coffee, Pique quickens the process by drawing air from the coffee grounds-water mixture using a vacuum pump.

It’s still a prototype for now, with a crowdfunding campaign planned for this summer. But it seems like it’ll be worth the wait to have access to that delicious cold brew on more of a whim.

Put a Sock in It

For all the ways the connected home and the Internet of Things are changing our way of life, I’m not entirely convinced a smart clothes peg will improve things to a large degree.

Peggy tracks weather conditions using a thermometer, UV sensor and humidity detector. The idea is that it can alert you whenever it thinks rain is about to fall, so you can rescue your linens and smalls before an almighty downpour.

Since this is the brainchild of a detergent brand, it can calculate how long you have to dry your clothes before the next rainfall, so you can determine when best to start a laundry load. It also can alert you when the cycle’s done, so you can hang your items in a timely manner.

There’s a case one might make that no connected product is truly necessary. The human race thrived for millennia before we even knew what electricity was, after all. Peggy, however, seems especially superfluous.

Whatever happened to using one’s life experience to look at the sky and make a calculated decision on whether you’ll have enough time to dry some clothes before the rain hits? Or even to using a weather forecast to see what conditions are likely to be?

No one wants to have to rewash a load of laundry because of some rain, but I think we’ll manage just fine without an unnecessary extra gadget to deal with.

Rating: 1 out of 5 Soggy Socks