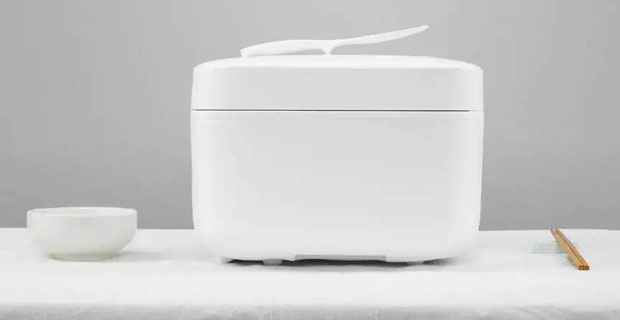 Hello friends, and welcome to Gadget Dreams and Nightmares, the column that plays a chess game with the latest gadget announcements, knocking off the pawns to get to the kings and queens.

In our entirely unplanned mostly food-focused edition this week are a smart pressure rice cooker, a cold-pressed juicer, a connected refillable wine bottle — and rollerblades for rough surfaces.

As always, the ratings indicate only how much I’d like to try each item with my very own hands (or feet). These are very much not reviews.

Of all the kitchen gadgets I own, the rice cooker is possibly my second-most favorite after the tea kettle. Sure, I could make rice in a pot, but the dedicated rice cooker makes it much easier to attend to other details instead of watching the pot.

Xiaomi’s pressurized version might prove even better. It recognizes the type of rice from a barcode scan and cooks it perfectly, keeping more nutrients locked in, since it won’t let steam escape. It has a nonstick, cast iron pot that should help ensure even cooking.

At around US$150, that seems like a good deal. I just wonder if I might be able to use it to pull off some of the recipes from Roger Ebert’s rice cooker cookbook effectively too.

If there’s something society as a collective consciousness ever yearned for, it’s the ability to take rollerblades from smooth city streets to hiking trails. It’s a fact.

An inventor has conjured up a pair with rubber treads rather than wheels, and the motor can scoot you as far as 12 miles over grass, gravel or dirt.

Polish inventor Jack Skopinski recently debuted his latest electric people-mover: a set of battery-powered off-road rollerblades that handle dirt trails as well as they do city streets. Each boot is outfitted with a 350 W DC motor that propels the rider for up to 12 miles as fast as 9 miles per hour.

The blades probably have more usefulness than one of those self-balancing scooter boards some people are calling “hoverboards,” though I’m far more likely to lose my balance on them.

They’re not exactly more portable either, as they weigh in at around 12 pounds. So they’re a potentially useful method of beating traffic in the commute, but I hope you have a locker at work, for these won’t be fun to carry around in a backpack.

Rating: 3 out of 5 Tread Tracks

If you’re into juicing, that’s fantastic. Good for you. Seriously, having a ton of raw, organic vegetables going into your body can only prove beneficial. However, I hope all of that nutrition won’t somehow affect your thought processes and lead you to buy a Juicero.

This is a $700 cold-pressed juicer that — while ensuring you won’t have to clean a juicer after each use — seems vastly expensive and overblown for what it offers. It runs on a subscription model, meaning that for between $4 and $7 each time, you’ll place a pouch inside the Juicero, dispense your drink, and Juicero will tell you what’s inside.

I just don’t understand why Juicero doesn’t simply sell the pouches or bottle its juices. I understand freshness of ingredients is of prime importance to Juicero, as it delivers only in California at present. That’s admirable. I just can’t see the need to have this expensive juicer taking up space on a kitchen counter.

Rating: 2 out of 5 Blended Beets

An LED touchscreen provides information on the refill canisters you slide inside, offering details on the flavor profile, winery, proportion of grapes, and food-pairing suggestions. Kuve grabs all of this knowledge over a WiFi connection, so if your Internet service or Kuve’s servers are down, you’ll be in the dark as to what you’re drinking.

There are plans for a recommendation system as well, but since the canisters are proprietary, you’re limited to Kuve’s own selection of wines.

Again, the cost seems a little high for the value. The bottle costs $200 and refills are between $15 and $50. There is some potential, but I don’t yet see how this is better than going to the wine store and getting expert advice from a human and, ideally, getting to try before you buy.