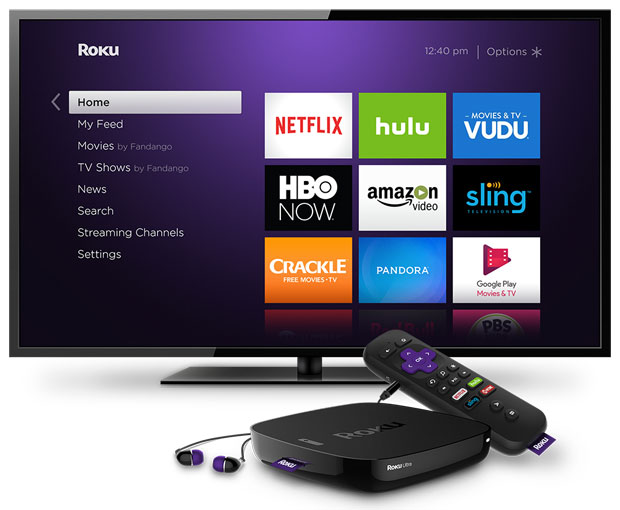 Rally round, one and all, for another edition of Gadget Dreams and Nightmares, the column that takes potshots at the latest gadget announcements in the hopes of landing a giant prize.

In our cavalcade of fun this time around are refreshed Rokus, Snapchat’s wearable camera, and headphones with programmable controls.

As ever, reviews these are not; the ratings indicate only my level of interest in trying each item.

Roku has refreshed its lineup of media players with lower prices, so bringing streaming video to every screen in your home just got a little more accessible.

At the lower end, the Roku Express costs US$30 — $20 lower than the Roku 1 and the most recent addition, the Streaming Stick.

The Roku Express+, at $40, has composite cable inputs. Both the Express and the Express+ are larger than the Streaming Stick, and they use infrared for remotes, so you’ll need to keep them in the line of sight, which might get annoying if you like a clutter-free home entertainment system.

Further up the ladder are the Roku Premiere and Premiere+, which retail for $80 and $100 respectively. They can handle 4K footage at up to 60 frames per second. The Premiere+ also offers HDR, a microSD card slot, an Ethernet port, and a radio frequency remote, so you can tuck it behind your TV. That’s pretty good value for someone who wants to start watching 4K video but doesn’t have a smart TV.

Meanwhile, the Roku Ultra ($130, pictured above) has an optical audio port for connecting to soundbars, USB port, voice search via the remote, and a button on the Roku to help you find the remote — which is a welcome addition.

Roku does a great job with its media players, and any of these would be a welcome addition to my home. Now, if you’ll excuse me, I need to figure out a way to hook up a TV in my bathroom.

Rating: 4 out of 5 Streaming Video Everywhere, All the Times

Snap Inc. — the newly named developer of Snapchat — is making its first foray into hardware with the release of Spectacles.

It is a pair of glasses with a built-in camera. Tap a button and you’ll record a 10-second video. Tap again up to two more times to create videos up to 30 seconds in length.

You can pair Spectacles with your smartphone, so you can share the clip on Snapchat. You also can store the footage locally or transfer it to your phone.

The gimmick here is that the camera captures a circular video akin to footage shot using a fisheye-lens. It’s designed to mimic human vision. That runs contrary to the typical photos and videos on Snapchat, which are captured in portrait perspective.

After Google Glass dissipated with a whimper, I began wondering when there’d be a mainstream wearable with a camera to capture the world around us. I think this might be it, given the immense popularity of Snapchat and the relatively low cost — $130.

It’s not really for me, though. I’ve tried a few times to get into Snapchat, but I have a lot of issues with the platform, particularly with how difficult it is to discover interesting people to include in my network there.

That’s something Instagram does far better, and with its Snapchat-like Stories feature, I’d be more likely to use an Instagram version of these glasses.

Still, the idea’s intriguing, and I’d like to try them out, even if I wouldn’t actually share anything on Snapchat itself.

Rating: 3 out of 5 Tunnel Visions

Music to, on and Over One’s Ears

My trusty Apple EarPods are on the wane, and I might be ready for a new main headset. Muzik One might do just the trick for me.

The headphones have controls that are customizable using an app. You can instantly play a favorite Spotify playlist or listen to live news or sports, use voice controls, and manage just about anything that uses IFTTT connectivity.

If you’re the kind of person who likes sharing what you’re listening to, there’s an option to share your current song on Facebook and Twitter. Muzik One works in both analog and wireless modes, and can switch between on-ear and over-ear options.

These $299 headphones look fantastic. I love the idea of being able to customize the functions as I see fit. I’ve noted before in this column that I prefer wired headphones to wireless, but as someone who really, truly, honestly is going to go to the gym more often, I’d appreciate being able to use wireless headphones there and stay analog the rest of the time.

It does seem like the best of both worlds, and I’m even happier that the battery life — it lasts up to 30 hours on a single charge — is good enough to last two or three smartphone charges.

Rating: 5 out of 5 Sweet Sounds