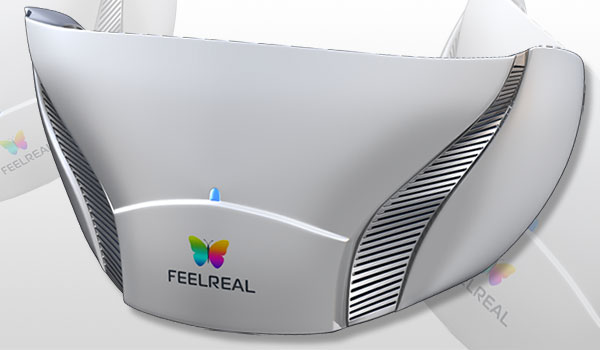 Hello, and welcome to Gadget Dreams and Nightmares, the first-look gadget column with more style than any of the Met Gala’s attendees. Except maybe Beyonc. And all the other invitees.

As always, these are not reviews, and the rating reflects only how much I’d like to use each item, whether or not they’re in the swag bag at the next glamorous event I attend.

We’re edging ever closer toward a virtual reality boom, with Oculus finally promising its Rift headset will arrive in 2016. Yet what if there were a way to make home entertainment even more immersive?

Feelreal has come up with two devices — a virtual reality mask and a helmet — that aim to draw users almost entirely into a fictional world.

The mask is an add-on, compatible with Oculus Rift, Samsung Gear VR, Sony Morpheus and Zeiss VR One headsets. The company is seeking Kickstarter funding to develop a commercial model based on demonstrated prototypes.

The helmet is designed to work with a smartphone. A prototype is under development.

Both promise to add smell, wind, heat, mist and vibration to an audiovisual virtual experience to hammer home the idea that you’ve traveled to a new world, with four senses engaged instead of two.

I’m fascinated by the current generation of virtual reality devices, and I’m excited by their potential, so I’m compelled to try out Feelreal. However, I’m a little anxious about the smell generator.

There will be an array of scent cartridges to create aromas that match the virtual world you enter. While my sense of smell is not the strongest, I fear it would be overwhelmed by distasteful scents while playing a game set in a ruinous landscape.

It’s much easier to close one’s eyes for a moment or lower the volume in a particularly unpleasant moment than to escape a smell. I don’t care to sniff burning rubble when I’m trying to save the planet.

Rating: 4 out of 5 Rotten Eggs

I’m an enormous wireless-charging skeptic. I think the endeavor is wasteful of energy and not convenient enough to justify placing a smartphone on a surface instead of plugging in a charger. On the other hand, to convert already existing energy into useful power is a clever idea, so I’m rooting for uBeam.

It’s an iPhone case that converts errant radio waves into power. Particularly, it snags dissipating energy from the iPhone’s data and voice usage, and recharges the phone’s battery. 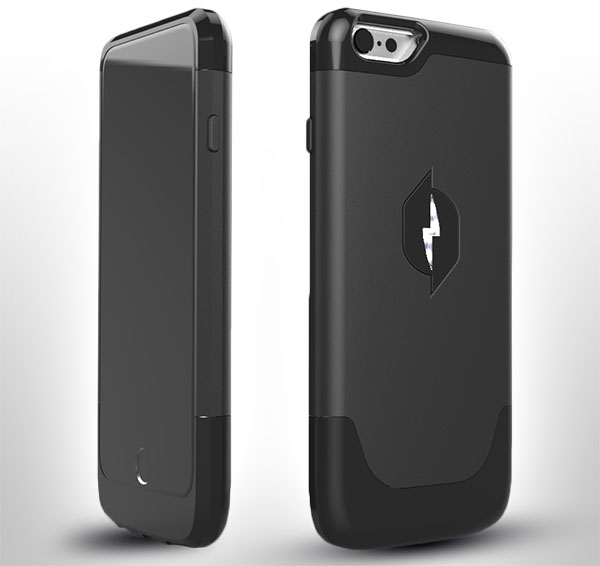 It’s a tremendous idea if it does what it says it can. I don’t even mind that it won’t give an iPhone a complete full charge — it’ll extend battery life by around 30 percent, which could prove to be a lifeline in certain situations (like my public transport Netflix sessions).

At US$99, the price is comparable to other smartphone-charging cases, which seems fair. I’m not completely convinced it’ll give Mophie a run for its money, but for the more environmentally conscious, it’ll be a solid if unspectacular option.

Rating: 4 out of 5 Charged Conversations

I’ve been fascinated with digital currency for some time. It may not be vacuuming up mainstream headlines at the minute, but bitcoin, to me, still is an intriguing bellwether for the future of the global economy.

Though I consider myself somewhat intelligent, I’ve found engaging in the market a tough nut to crack, and I’m concerned about the security of whatever funds I might have in a bitcoin wallet.

Case is a physical Bitcoin wallet that’s apparently extremely secure. To make a transaction, tap a Bitcoin button, capture a QR code with a camera, and scan your fingerprint.

That apparently makes sending and receiving bitcoins a breeze. For extra security, Case has a private key stored on the device, plus another stored on its servers that’s triggered only if your fingerprint scan matches the one on file.

Lose your Case, and the company can provide a backup key from its offline storage after you prove your identity. There’s international 3G connectivity as well, which seemingly lets owners use case in more than 100 countries, without having to pay for a data connection.

I can’t imagine that keeping bitcoin simple and secure is an easy feat, but it seems Case has pulled off the trick. As someone who’s stood on the sidelines of the digital currency boom, I feel more inclined than ever to start using bitcoin to buy and sell goods with Case. At $199, it seems good value, though I am a little reluctant to have another gadget to lug around.

That said, I’m most excited to actually, finally, have a reason to interact with QR codes. Has anyone outside of bitcoin enthusiasts ever done so?

Rating: 4 out of 5 No More Jangling Coins