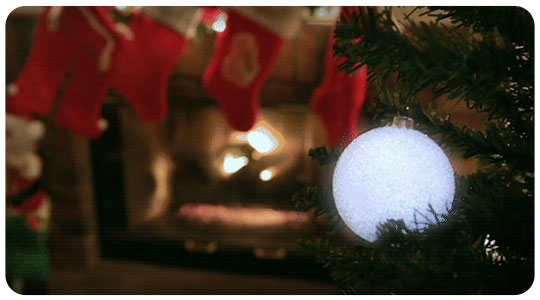 Welcome, dear readers, to another installment of Gadget Dreams and Nightmares, a weekly perusal of the best and worst in just-announced gizmos.

On the docket this time around are wireless Christmas lights, solar-charging jackets, a speed-reading wearable and much more.

A disclaimer: These are first impressions rather than reviews, and the ratings merely indicate my interest in trying out each product.

It’s almost as if the creators of the Aura Wirelessly Powered Christmas Lights expected a crowdfunding campaign at this time of year would be a smart move.

These lights aren’t attached to long power cords designed to snake along, around and through the tree branches.

Instead, they come with a separate power ring that wirelessly powers the bulbs decorating the tree.

Naturally, there’s a smartphone control app in the offing as well.

It’s a decent idea, though I suspect it’s one that other, more accomplished makers of bulbs and lighting equipment may be mulling.

I wonder how long we’ll have to wait before Philips barges into the mix with a Hue-powered option for different moods and configurations.

Rating: 3 out of 5 Jingle Bells

Big-name fashion houses aren’t shy to jump into tech-related trends, with plenty of stores filling up with touchscreen-compatible gloves around now. Tommy Hilfiger wants to solve another problem — running out of battery power while on the move — albeit with one of the ugliest jackets I’ve ever seen.

Forget the so-so design on the front for a minute and consider what it might be like walking around with an array of solar panels on your back. You’ll be the envy of anyone not wearing a coat on a chilly day, and that’s about it.

At US$599, these jackets are offensive to both the eyes and the wallet. If your smartphone really can’t go a whole day without a recharge, pick up a portable charger for a 15th of the cost or spend a hundred bucks on a replacement battery. It’ll be so much more worth it.

Here’s a peculiar item — a Frankenstein creation for luxurious bathing.

Octaloofah (even the name is an odd portmanteau) smushed together a loofah, massager, and Bluetooth speaker for bathtub relaxation. It sticks to the bathroom wall, and though the pads are detachable, the focus is on letting you rub those hard-to-reach places on your upper back against it.

The more adventurous can use the speaker to commit the cardinal sin of taking a call in the bathroom, but if you buy one of these and take a call from me on it, our friendship is shattered forever because that’s simply disgusting.

It seems a bit bonkers, but I like it. There are certainly worse options for Bluetooth bathroom speakers. I hope the eventual owners opt for mood-appropriate music, lest someone listen to death metal and get too overeager with their back-scratching.

Rating: 3 out of 5 Scrubbed Backs

If the entire point of wearable technology that alerts us with notifications is to bring us information more conveniently, then surely the next step would be to deliver that knowledge as efficiently as possible. That’s the concept at the heart of the Uno Noteband.

It uses speed-reading tool Spritz to flash words across the screen, one at a time, to train our eyes and minds to absorb text more quickly. Uno saw fit to bundle in a boring old fitness tracker, though as a sometime gamer I do welcome the compatibility with PlayStation Network, Xbox Live and Steam, to provide updates from those platforms.

Because of the OLED screen and one-word-at-a-time display, Uno is said to use a lot less power than rival devices, and it can run for up to three days on a single charge, which is much appreciated. What’s more, at just $59 (for early-bird Indiegogo backers) or $69, it undercuts the price of many other fitness bands and smartwatches.

There’s not much to dislike about Uno, and if it works as promised, I absolutely would be tempted to pick one up. However, I must admit I am concerned about the overriding guilt I may feel when fitness app notifications interrupt those from my friends on PlayStation Network.

Rating: 5 out of 5 Flashing Words

An Android smartphone gussied up with luxury trimmings is just what the doctor ordered for people with $6,000 to spare.

The Lamborghini 88 Tauri is adorned in leather, steel and gold. It has decent specs by current standards, though I’m not sure I’d ever want to take calls on a suitcase I’m holding against my face.

I have but one request if such luxury smartphones become a big business: that those who spend thousands of dollars on a smartphone and choose to take photos of themselves call the images “wealthies.”