Gigapixel Photography: It’s All in the Details 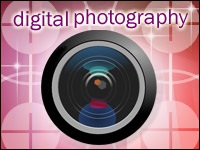 To test the 1-gigapixel AWARE-2 camera his team developed, David Brady, professor of electrical and computer engineering at Duke University, took it out to Pocosin Lakes National Wildlife Refuge in eastern North Carolina and took a few snapshots of tundra swans.

“Normally, with bird photography you’re rushing to point the camera in the right direction,” Brady told TechNewsWorld. “Here we just took a bunch of pictures and then went back later to see what we had. You’re going to see stuff in analyzing pictures that you didn’t realize was there.”

Scalable to 50 gigapixels, the AWARE-2 is made up of a collection of 98 microcameras on a 100-pound glass sphere. A processing system links together the images they take to create an extremely high-resolution composite image. At its current resolution, a photo taken half a mile away could capture the lettering on a street sign.

“The exciting thing for me is there’s been this struggle for hundreds of years to match and extend human vision,” Brady told TechNewsWorld. “This camera sees the same field of view as humans, but it has five times the resolution. You’ll be able to see all kinds of things that you couldn’t see normally.”

Unlike other high-resolution cameras, which take multiple photos in sequence that are then stitched together, the AWARE-2 takes one snapshot with exceedingly high resolution.

Pixel count is, essentially, proportional to the aperture area of a camera, and AWARE-2 creates its high pixel count by increasing the aperture area through the use of many microcameras. It has a 16-mm entrance aperture that captures 1-gigapixel images at the rate of three frames per minute.

The process of creating the AWARE-2 camera is analogous to the development of supercomputers, noted Michael Gehm, assistant professor of electrical and computer engineering at the University of Arizona, who serves as leader of the camera’s image formation team. His research group is responsible for combining the information from the individual microcameras into an integrated representation of a scene.

“There is a strong connection to the evolution of supercomputers,” Gehm told TechNewsWorld. “Originally, advancement in supercomputer technology occurred through the creation of ever more complicated processors. However, at some point it became more economical to improve performance by adding more processors rather than by increasing their complexity. This forced the transition to the modern model, where a supercomputer is a parallel array of fairly simple, commodity computers.”

The camera paves the way for even higher resolution cameras in the future.

Future applications of the camera could be in everything from surveillance to photojournalism.

“The approach can pretty much be used anywhere high-resolution cameras would be of use,” noted Gehm. “Surveillance/security are obvious applications, but we think the potential is much broader than that. Medicine, cultural conservation and photojournalism are just a few of the ideas we’ve discussed. And yes, we do see the technology moving into the consumer sphere, as well.”

Through its design, the camera solves many optics problems, including image aberrations like field curvature and distortion.

“It’s an amazingly complex engineering challenge from an optics and optic mechanical point of view,” observed Paul McLaughlin, program manager for RPC Photonics, which works on the microcamera optics for the AWARE-2. “This is a beautiful, exciting engineering challenge that was waiting to be solved.”

“The thing that I find interesting about this particular challenge is that we have a very high resolution image with lots of information in it,” said McLaughlin. “How people are going to choose to mine that information is exciting.”