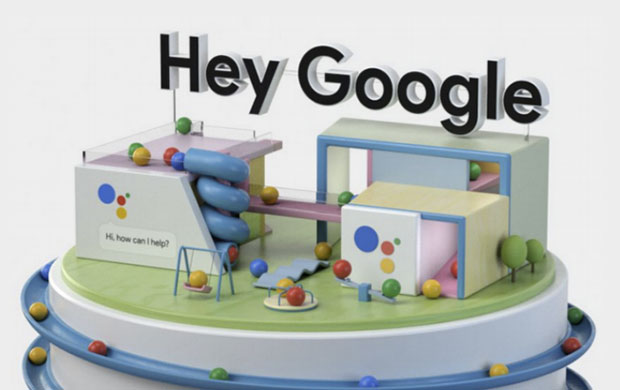 Google Assistant, the artificial intelligence software built into Android handsets and the Google Home smart speaker system, now can control more than 5,000 smart devices, Google announced Thursday. That’s up from just 1,500 products in January — and the list of supported products includes everything from cameras and security systems to doorbells, locks and lights, to dryers, dishwashers and refrigerators.

Google’s smart home platform has grown exponentially since its released in the fall of 2016. It can turn an ordinary living room into an entertainment center, with the handset designated as the main control panel for gizmos and gadgets throughout the house.

Google now supports devices from every major electronics product brand, and the list continues to grow. Google recently announced that it would offer support for IKEA lights and Deutsche Telekom’s Magenta hub of products.

Many other products will add Google Assistantcompatibility in the coming months, including Hunter Douglas window treatments,Hisense’s line of H9E Plus TVs, and LG appliances.

Google and Amazon appear to have a solid lead in the smarthome space. Amazon earlier this year boastedAlexa voice assistant integration with around 4,000 devices. Thatnumber hasn’t been updated since then, but it is clear that the two companiesare well ahead of rival systems such as Apple’s HomeKit and Samsung’sSmartThings.

Those platforms each list support for around 200 devices. Given that manufacturers may be inclined to pick just one “team” to support, closing the gap could be very difficult.

“This race is a sprint from the beginning,” said Josh Crandall, principal analyst at Netpop Research.

“It looks like Google and Amazon are breaking away from Siri — HomeKit — in the first lap,” he told TechNewsWorld. “There’s no doubt that Google considers this race incredibly important and recognizes it is playing catch-up to Amazon’s Alexa product.”

Google has been able to leverage its vast ecosystem of developers to bring all of its own technology to bear in this race with Amazon.

“By making the announcement, Google is letting the industry know thatit’s serious about unlocking the potential of Google Home,” said Crandall.

“Developers and [Internet of Things] companies will take heed that 5,000 devices areinterwoven into the fabric of Google Home, and start developing for the platform if they haven’t already begun to do so,” he predicted.

“In other words, Google is saying ‘Look at all of the third-partydevelopment happening on our platform. If you don’t support GoogleHome, watch out, because we’re here to stay,'” Crandall said.

The number of supported devices may be meaningless to mostconsumers — especially as most consumers aren’t about to go out andreplace all their products and devices just to add smart homefunctionality, regardless of which company provides the support.

“The total number of supported devices [won’t] have much to do with success or market staying power of these branded AI-based services,” explained Paul Teich, principal analyst at Tirias Research.

“This is really about adding value to consumers’ lives,” he told TechNewsWorld, “but the only standards that matters here are ‘does the system give me a usefulanswer to my question?’ and ‘did it do exactly what I asked it to do?'”

Thus the number of supported devices may not matter much at this point.

“APIs are easy to adjust for, or even to use multiple services,” Teich pointed out.

Consumers ultimately will decide which platform or platforms will be winners in the smart home market.

“Amazon has an upper hand here. It is already directly connected tomore consumers in a more intimate fashion than Google, and Amazon ismore connected to Apple customers,” suggested Teich.

However, “t doesn’t really matter how many consumers are actuallyintegrating these products into the platform yet,” noted Netpop’s Crandall.

“All they need to know is that when they are ready to integrate smarthome appliances into their smart speakers, the speaker they haveselected will have sufficient support,” he added.

In the end, the competition could come down to two platforms that both giveconsumers some choice while declining to support a plethora of incompatible devices.

“Similar to the need to support Android and iOS, developers and IoT companies may have to support a couple of platforms for voice interfaces,” said Crandall.

“In a similar vein, you’ll notice that there are only two majorsmartphone operating systems,” he added. “Developers can’t support three, and as a result Windows Phone has disappeared. It’s clear that the momentum in thisspace belongs to Amazon and Google. If something doesn’t change soon, Siri and HomeKit will be sitting the rest of this race out.”