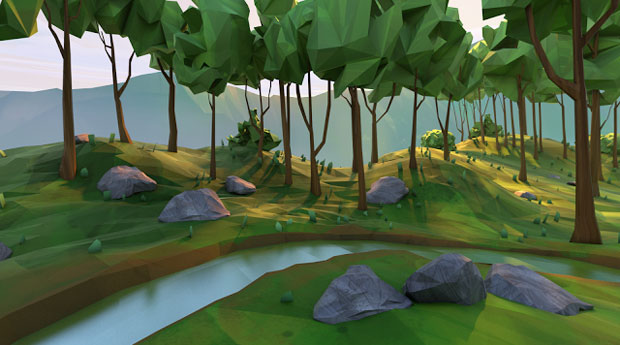 Google’s Cardboard has proved to the masses that virtual reality is more than a pipe dream. Inexpensive cardboard headsets leverage smartphones to create makeshift head-mounted displays for low-level VR experiences.

For those whose fancies of owning a US$600 Rift or a $900 Vive were out of reach, Cardboard was a way to keep their imaginations captive while Google was dreaming of Daydream.

Coming two full Google I/O developer conferences after the introduction of Cardboard, Daydream gathers novel and nebulous ideas surrounding mobile VR into a cohesive ecosystem that someday could be a star.

Daydream builds on the Cardboard concept.

On the software side, Daydream and its VR tools will be baked into the upcoming Android N. Users will have the ability to switch between a traditional user interface and VR mode.

With Cardboard’s cogs still in place — things like VR versions of Street View and YouTube — Daydream will arrive with a healthy amount of content. Further, Daydream-compatible apps from CNN, HBO Now, MLB.com, USA Today, The Wall Street Journal, Hulu, Netflix and IMAX are headed to the platform.

As for as hardware, Google has given top device manufacturers standards for developing Daydream-ready smartphones and headsets to hold them. Vendors selling the headsets will be required to package them with the Daydream remote control.

Quietly, Google has been conquering the VR industry.

While most of the press has gone to the high-end headsets, such as the Rift and PS VR, Cardboard has become the world’s most successful VR platform.

Those numbers are telling. Ultimately, Google has been looking to solve one of VR’s most fundamental problems, suggested Abi Mandelbaum, CEO of YouVisit.

“While high-end developers like Oculus and HTC have worked to create headsets that provide highly immersive experiences, these pieces of hardware are very much unavailable to the general population due to their price tag and additional computer power needed to support them,” he told TechNewsWorld.

As a result of its approximately $30-tall barrier to entry, Google’s Cardboard platform has been a free-for-all to some degree, and its VR experiences are among the most basic of those on the market.

While hopes were high for a standalone headset to follow Cardboard, Google decided to make VR native to the phone, noted Marxent CTO Barry Besecker.

Google is “betting that mobile will be the key to VR proliferation, vs. desktop or console-based hardware like Oculus,” he told TechNewsWorld.

Along with setting standards for Daydream hardware, Google will work to further establish itself in the VR market on the software side.

Through Daydream, “Google is helping to close another massive hole within the VR industry — that is, the gap between the growing number of devices to view VR experiences and the limited amount of immersive content available to consumers,” said YouVisit’s Mandelbaum.

Google has kept consumers from nodding off while some awaited the release of the high-end headsets and others still await the affordability VR’s second generation likely will bring.

That said, even though Google’s VR efforts have held the attention of the masses, it’s premature to consider them a success, according to Rob Enderle, principal analyst at the Enderle Group.

If Google sees Daydream through, the company’s sheer scale and resources might help it claim ownership of the market– but Google has developed a reputation for failing to follow through, he told TechNewsWorld.

“Daydream VR appears to be the new strategic direction for Google VR,” Enderle said, but “be aware that Google has the attention span of a small child on sugar, so how long this will remain ‘strategic’ will likely be measured in months.”

The noise Google has kept up with its VR initiatives may have kept consumers from falling asleep, but it also might be waking up the company’s rivals. OnePlus, HTC and LG have gotten a relatively early start before VR rush hour arrives.

One Google rival might be sleeping in, though — unless Apple is keeping long hours in a lab somewhere working on its own VR products, which is entirely possible, according to Roger Entner, principal analyst at Recon Analytics.

“Microsoft is betting on HoloLens, and we still have to see what’s up with Apple,” he told TechNewsWorld. “Often Apple comes a little bit later than the others, but then they do it a lot better. I think that’s the game plan here.”

If Daydream is everything Google hopes it will be, Apple could start to hear murmurs from its following if it doesn’t come up with an answering volley.

That could be risky, suggested Google may need to find away to support other platforms or it risks making the same mistake as Oculus and Samsung did, according to YouVisit’s Mandelbaum.

Samsung’s Gear VR, powered by Oculus — a platform much like what Daydream wants to be when it grows up — arrived with a built-in ceiling. Gear VR is compatible with just four Samsung handsets, he pointed out.

“In order to be successful in offering universal access and driving both viewership and creation,” Mandelbaum said, “Google will need to shift to a more device-agnostic strategy that allows consumers access, regardless of their technology or location.”