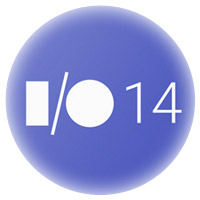 Google on Wednesday announced a plethora of opportunities for developers at its I/O conference, under way in San Francisco.

The upcoming version of Android, currently known as “L,” will have 5,000 new apps.

It will enable smooth animations for screens, apps and platforms, as well as seamless transitions among notebooks, smartphones, tablets, TV screens and automobile dashboard screens.

Devs will “love the idea that they can write once and run on many platforms,” he continued. “The sheer numbers that will come into play [if that comes about] might attract more developers.”

Android L will offer material design, which gives images on a screen physical edges users can feel, with shadows. It also will offer element elevations, which render 3D images with real-time shadows.

The material design feature is “interesting, and I found some turning away from the purely flat designs of recent days to really take advantage of device hardware,” Al Hilwa, a program director at IDC, told TechNewsWorld.

So is the element elevations feature — but “most of these features are visual sugar and not about productivity per se,” Hilwa opined.

Google also announced the availability of a new, consistent set of design guidelines.

Plus, it unveiled in Google Play services a new API for Google Earth that devs can implement.

Android L will support AOT, JIT and interpreted code, and it has a new runtime.

“This is all about performance, and dealing with the language of virtual machine architectures with garbage collection and pauses,” Hilwa said.

The L developer preview SDK, with system images, will be available Thursday.

Android L will support ARM, x86 and MIPS processors. It will be 64-bit compatible; it will have larger number registers, new instruction sets and increased addressable memory space — and it will not need modification to run Java.

These improvements will “deal with some of the performance issues “caused by Google’s using a VM architecture, Hilwa said.

Google also announced the Android Auto SDK, with APIs for audio and messaging.

The full SDK will be available with the public release of L later this year.

Designed for all form factors, it requires only a D-pad and voice input for devs to work with it.

Google also announced a new UI for Android TV with the material theme.

It also introduced a new API that lets devs build apps that integrate with Gmail.

Further, Google announced Google Fit, a health data platform that will be available in a few weeks. A platform preview was made available Wednesday.

Finally, Google said it is bringing Polymer to the Web. This is a new type of library that’s mainly HTML-based and includes independent polyfills for emerging Web standards.

“It’s impressive that Google continues to push the mobile Web almost as hard as its native platform on Android,” Hilwa said.

“If I were a developer, I would feel real good about opportunities today, because we have two strong brands — Google and Apple — that offer a wealth of opportunities for apps that can be extended to various form factors,” Jeff Orr, a senior practice director at ABI Research, told TechNewsWorld.

The two companies are taking pretty much a similar approach, he pointed out, and “I think the way these are implemented would be different.”