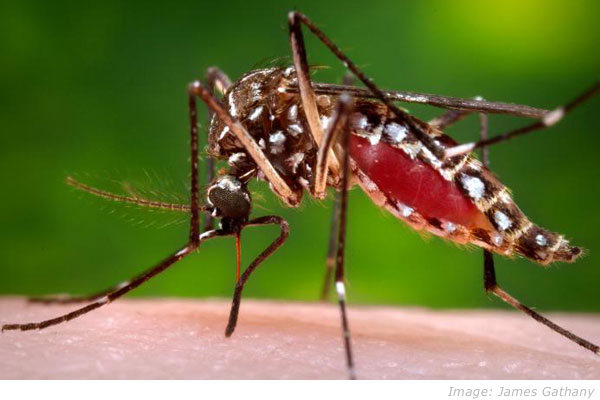 Google last week announced it would contribute US$1 million to theUN Children’s Fund to support the global fight against the mosquito-borne Zika virus.

A team of Google engineers has volunteered to work with UNICEF to analyze data in an effort to figure out the viral infection’s path. It also will match employee donations with the goal of giving an extra $500,000 to UNICEF and thePan American Health Organization.

The possible correlation with Zika, microcephaly and other birth defects is alarming, Google said. Four out of five people with the virus don’t show any symptoms, and the primary transmitter, the Aedes mosquito, is widespread and challenging to eliminate.

UNICEF is working with Google engineers and data scientists to create an open source information platform to help UNICEF and partners on the ground target Zika response efforts, according to Chris Fabian, colead of UNICEF’s innovation unit.

“This open source platform will be able to process information like mobility patterns and weather data to build risk maps. We plan to prototype this tool in the Zika response but expand it for use globally,” he told TechNewsWorld.

The plan calls for Google software engineers John Li and Zora Tung, along with UNICEF research scientist Manuel Garcia Herranz and UX designer Tanya Bhandari, to work on the open source data platform. It will process data from different sources, such as weather and travel patterns, to visualize potential outbreaks.

Ultimately, the goal of the platform is to identify the risk of Zika transmission for different regions and help UNICEF, governments and nongovernmental organizations decide how and where to focus their time and resources. If successful, it can be applied to other outbreaks.

“Financial contributions and donations are always beneficial, but it is hard to say whether or not tracking the virus itself will have significant contributions,” said Sarah Lisovich, content strategist atCIA Medical.

The symptoms are similar to those of other common healthcare conditions, she told TechNewsWorld.

Google is a leader in terms of research tools and putting forth tools to help understand the outbreak and bring more awareness and comprehension, Lisovich added.

Analytics has been used to track mosquito-borne illnesses such as malaria, dengue fever and West Nile virus for years, according to Jamie Powers, health industry consultant atSAS Institute. In addition to understanding and learning from past events, analytics can quickly create new knowledge from billions of data points and multiple disparate data sets to provide the best input for predictive analytics.

Google’s contribution to the epidemiology of the Zika virus is a critical initial step for public health. It is significant not only for tracking the spread of the virus but for providing the public with information on it, said David Eling, director of business development atProSci.

Empowering people with knowledge of where Zika is prevalent, how it is transmitted, and methods of minimizing risk is a critical job, he told TechNewsWorld.

“The more we know about the Zika virus, the more ways we will have to combat it,” Eling said. “I have confidence that with this support and our growing knowledge that we will develop both a vaccine as well as a therapeutic against Zika.”