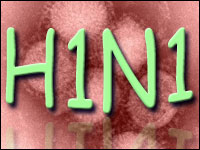 It seems that no vaccine in recent history has met with as much public suspicion and fear as the new H1N1 vaccine. Commonly referred to as the “swine flu,” H1N1 causes a wide range of symptoms, from mild to lethal.

The body count is already high for this time of year, and it is expected to soar much higher, according to the Centers for Disease Control and Prevention (CDC). So why are so many people refusing the vaccination?

The heart of the resistance seems less the clamor of an “uninformed” public than the vociferous objections of more than a few healthcare professionals.

“The problem with H1N1 is the speed by which the vaccine was developed,” Raymond Zakhari, a nurse practitioner and founder of Metro Medical Direct, told TechNewsWorld. “It is not possible to tell what the real safety concerns are at this time, because the vaccine has been on the market less than a year.”

New medications require a minimum of 10 years use in order to identify any long-term side effects, he said.

“In theory, the vaccine is as safe as the seasonal flu. In reality, only time will tell,” he said.

His is not a lone voice of dissension. Indeed, a “stop the shot” campaign has hit federal and state courts — initiated in nearly all cases by healthcare professionals.

In New York, a group of doctors and healthcare workers asked a federal judge in Washington, D.C., to stop the government from distributing the H1N1 vaccine and to reverse the State of New York’s mandate requiring healthcare workers to take it.

Meanwhile, the Washington State Nurses Association is suing a multi-facility healthcare provider over a requirement that nurses working there get the vaccine. Similar suits are beginning to appear in other parts of the country.

One big safety concern over the new vaccine has nothing to do with the main ingredients — a modified live virus in the nasal mist vaccine and dead virus in the injectable version.

Rather, there are worries about the additives in the mix, called “adjuvants” by the medical crowd. Responses to this issue vary by geographic region.

“Some vaccines, like the hepatitis B and human papillomavirus vaccines, have adjuvants, which are substances added to enhance the immune response so that smaller quantities of vaccine can be given,” Donnica L. Moore, M.D., president of Sapphire Women’s Health Group and author of the book Women’s Health for Life, told TechNewsWorld.

The unease over adjuvants in H1N1 vaccine centers primarily on Squalene, which has been used in other vaccines in Europe and Canada “but has never been used in routine vaccines in the United States,” said Moore.

“The H1N1 vaccine available in the United States has no adjuvant of any kind,” she maintained.

Although objections have been raised regarding the speed with which the H1N1 vaccines were created, the manufacturing process is actually decades old. Only the virus component itself has changed — as it does every year to coincide with the current batch of flu bugs prevalent in any given season.

There was a delay in producing it, according to the CDC and the U.S. Food and Drug Administration, only because it took longer to identify the virus version most likely to inflict the most disease this year.

“I anticipate the safety profile of the vaccine to be similar to the seasonal flu vaccine,” said Moore, reflecting the CDC’s outlook.

“There has been a very long track record of safety for dead vaccines, and there is no reason to think that the new H1N1 vaccine should be any different,” Daniel Kantor, M.D., medical director of Neurologique, told TechNewsWorld.

“However, some people, such as those with multiple sclerosis, probably do not want to take the live attenuated vaccine, because this may lead to a relapse,” he said.

The H1N1 vaccine — like all vaccines — has side effects that can harm a percentage of people taking the vaccine, the CDC has acknowledged. It advises certain risk groups to avoid taking any flu vaccine at all without first consulting a physician:

The H1N1 flu virus tends to target pregnant women, young children, young adults, and people with underlying health problems. Older people may have a natural immunity to swine flu since the disease has struck before.