How Amazon – Not IBM – Will Kill AWS

I went public last week with my opinion that IBM eventually will beat Amazon Web Services, even though Amazon won the first skirmish. I was referring only to the federal government, not the largely user-based market Amazon currently serves, but I was less than precise, and I can see why some took offense and disagreed with the broader statement I didn’t intend to make.

One of the tweets taking me to task said something like “you did what lazy stock analysts do and used the past to predict the future.” We in tech favor references to Moore’s law, but there is an old saying that could apply here: “Those who cannot remember the past are condemned to repeat it” (George Santayana, 1905). Ah, so there? Tech history pretty consistently reflects the fact that user-focused companies that chase enterprise sales end up badly.

I don’t think IBM will kill AWS — I think Amazon will kill AWS, and I’ll make my case revisiting the mistakes of Commodore/Atari and Netscape. These were more catastrophic than the similar mistakes made by Microsoft and IBM itself, but I think there is a compelling argument that similar behavior almost always (note I did say almost) results in the same outcome. Although I will admit that firms have survived this mistake — notably Apple — it has never been a positive move.

Trying to serve both end users and IT at the same time always hurts firms, and it often kills them. I’ll flesh out my reasoning and then close with my product of the week: an amazing high-quality, value-priced tablet from Nvidia: the Android based Tegra Note 7.

How IT Killed My User Company

That should be printed on a t-shirt. It has happened so many times, you can generally connect a user-focused company’s demise or decline to its sudden efforts to sell to the enterprise or, particularly, big government.

Commodore, which many forget was the first dominant PC maker, had a fantastic business selling to consumers. No one could compete until it decided to take IBM on in the PC business market, and there is no Commodore any more.

Netscape, a company that folks thought was going to displace Microsoft, was solidly focused on the client, but after a dustup with Microsoft and some incredibly stupid comments about giving away its only revenue generator for free — the browser — Netscape suddenly decided it wanted to be an enterprise company. The effort drained it of resources, and it went from darling to dead.

Apple went down this path several times. First time it was Lisa, Steve Jobs’ personal project, which failed spectacularly. Then, after Jobs was pushed out, Apple tried to build enterprise PCs. That went badly too. Finally, after Jobs came back, Apple tried servers — another rare Steve Jobs failure. At least on this last attempt, few resources were committed to it, so it didn’t kill Apple.

If you look at Microsoft, it peaked with Windows 95 in 1995 with lines in retail that arguably exceeded what Apple later had for the iPhone.

It then decided to focus on the enterprise, and those lines were gone for good. Microsoft went from client dominance to a string of failures that now has it chasing Apple and Google in the tablet and smartphone markets. The corporate focus didn’t kill the company, but it knocked it well out of the top spot.

This works the other way too.

How Users Ruined My IT Company

Now look at BlackBerry. It was actually an enterprise-focused company. Its user products were pushed top down, not bottom up, and it was dominant. Then it got Apple fever and decided to make a big user push. That didn’t work out very well.

IBM was actually first with smartphones, with Simon. The current PC form factor is often still referred to as the “IBM PC,” but IBM first had to abandon consumer PCs, then all PCs, because it couldn’t make the business profitable. (Note, Lenovo, a user-focused company, took it over — and now Lenovo leads the market.)

IBM’s OS/2 user-focused effort really worked only where IT had absolute control. Even when it gave the product away in cereal boxes — yes, IBM did that — it couldn’t get to critical mass. IBM survived, but only by divesting its client efforts. Cisco tried user-focused efforts as well, with low-cost video cameras, consumer-focused networking gear, and even networked stereo equipment. It exited all of that with a vengeance because it was killing the company.

The Trouble With AWS

Amazon is a retailer at its core, which means it is designed to be user-focused. AWS is successful not because it sells through IT, but because it has a great offering AND sells to the people who use it directly, which is consistent with Amazon’s successful retail model. These people drive the solution through or around IT. It’s been very successful — but like the failures I’ve noted above, Amazon has the enterprise bug.

Amazon wants to sell to corporate entities — and god save them, the federal government. It’s hard to resist — the deals are huge. Still, this move is a company killer. Selling to corporations is incredibly expensive. Because they buy in bulk, they expect and want volume discounts and most favored nation clauses. A user company should run screaming from the enterprise business.

So my expectation is that as AWS goes after more and more government business, it will drop its user focus and allow competitors to come in. Its enterprise skill set will not be competitive with firms like IBM, which will lead to declines on all fronts.

In that scenario, it isn’t IBM that is killing AWS, it is Amazon — sacrificing a segment where it is preeminent to chase a segment where it shouldn’t be competitive. (Seriously, in the age of Eric Snowden, there is really no public cloud service that has any business being in the CIA). In effect, its efforts to penetrate large businesses aren’t iterative, they are sacrificial — and potentially suicidal.

The simple takeaway is that Apple’s nearly absolute focus on the user led it to massively overtake Microsoft, which lost its focus in the last decade. Apple didn’t beat Microsoft — Microsoft beat Microsoft, and a more-focused Apple took advantage.

AWS’ shifting focus to the enterprise — particularly the federal government, which is especially nasty — should make it even more vulnerable to others. I doubt that IBM will displace Amazon on its home turf, but there are a number of companies like the newly private Dell, the refocused Microsoft (getting a new CEO), Google, and newer firms (Joyent, OpSource, VPS.net etc.) that could step in and take advantage of Amazon’s distractions.

So given that every time a firm has tried to shift from user focus to enterprise focus it has ended badly, I think that outcome is likely again here. Let’s see, what is insanity — doing the same thing over and over and expecting a different outcome? Based on this, I’ll bet AWS has some former Microsoft or Netscape people who are by definition insane. At the very least, they should know better.

The Nvidia Tegra Note 7 is just an Amazing little product. From the moment I fired it up, I was impressed. It has a beautiful screen, a high-quality case, an innovative magnetic cover, and even the best stylus support of any tablet in its class, and it prices out below both the current Nexus 7 and the Kindle HDX.

As a pure Android tablet, it is one of the most impressive products I’ve yet seen. It fits in a reasonably sized jacket pocket or purse, provides decent game play (which my wife has indicated will lead me to being single again if I don’t cut back), and it would make a decent gift to anyone but an Apple fan. (You buy Apple products for Apple fans or give them gift certificates.)

As with any Android product, it runs Netflix and Kindle apps — but if you are tightly tied to the Amazon experience, the Kindle still is better at doing that. The Tegra Note 7 is tuned for gaming, and it will even take a Bluetooth gaming controller to enhance the experience. 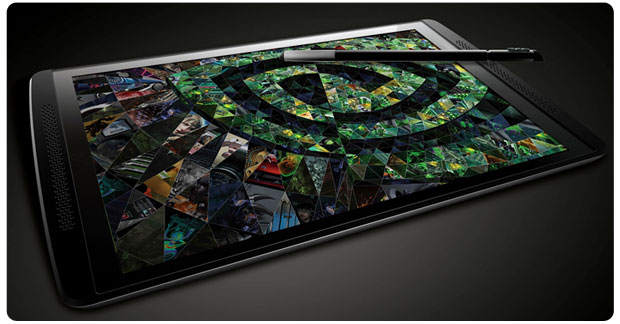 Unlike Apple products, this tablet takes a standard cellphone USB charger, has an SD slot to inexpensively expand memory, and has an HDMI port to easily plug into a TV — handy in a hotel room for Netflix.

However, my favorite part, because it goes to my pocketbook, is that the product feels like a premium product but is a price leader. It is likely to be reasonably rare, too, which makes for another gift-oriented benefit. Because it makes both the fiscal and the kid sides of me happy at once, the Nvidia Tegra Note 7 is my product of the week.