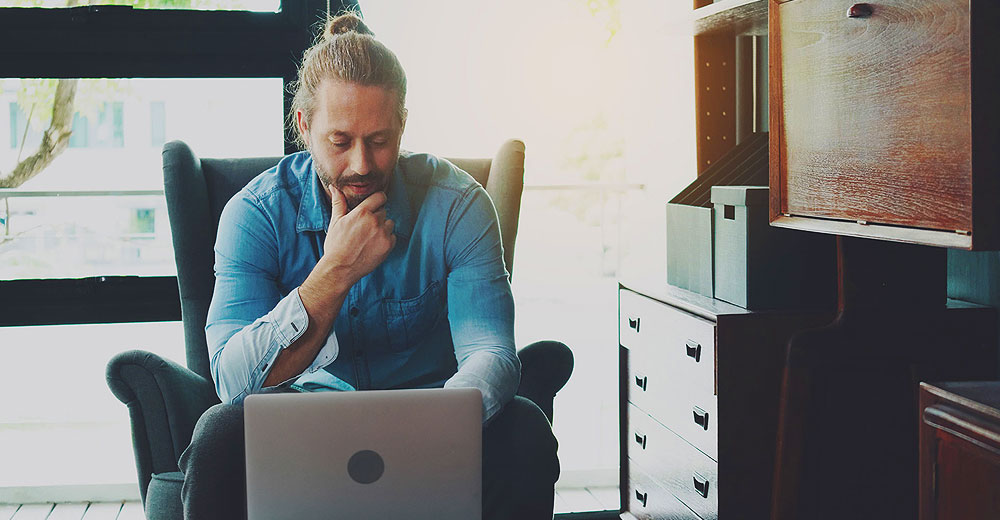 The larger the Internet superhighway of information grows; the more users get run over by privacy abuses and stolen data. If only we could rebuild the Internet’s infrastructure to make data’s journey safer and more secure is a common cry of IT and cybersecurity experts.

Some efforts are underway to mitigate the privacy and data theft issues. But despite the occasional proposals that have cropped up over the years to replace the Internet with a new and improved superhighway, current projects are akin to patching potholes and repaving lanes on physical transit roadways.

A recent study from Consumer Reports’ Digital Lab reveals that 96 percent of Americans agree that more should be done to protect consumer privacy. But don’t expect to see a whole new alternative Internet emerging any year soon.

Instead, you will see a focus on software offerings built around privacy and security rather than hardware. These “patches” including new alternative search, browsers, email, chat, productivity, payments, and AdTech solutions.

One company taking the lead to fix the Internet is The @ Company. It’s CEO Barbara Tallent wants to provide a more secure and human-centric Internet built on providing you with true ownership and control of your personal data.

To that end, the company last October launched an app built on its new privacy protocol. This new standard will attempt to change how online vendors and companies wheel and deal with the personal information of billions of Internet users.

The goal is to take control of your user information from others and give it back to you. Every bit of personal information online is acquired, stored, organized, and used to sell, track, and even profile everyone on the planet — including you, according to Tallent.

“There is definitely a trend toward privacy, but I would say more specifically people want to be able to trust that the data they are providing is being used for the purposes intended, not being tracked, and that once they have provided data, they have the right to be forgotten and can engage anonymously,” she told TechNewsWorld.

In discussing the ills of affecting the Internet, Tallent noted that a number of workaround solutions are already available. She expects more will soon be on the way.

For instance, now, you can get de-Googled phones. The e.foundation offers the first of such phones in 2021. More de-Googled phones expected this year will be released from OSOM Products. These phones will not surveil your data for their own purposes.

Another patching solution is coming for messaging apps. Signal and Telegram led the way in 2020 for private messaging by offering end-to-end encryption. In 2021, the next generation of messaging apps will actually allow you to remove your messages from someone else’s phone if you so choose. Soon your messages will always belong solely to you.

File-sharing improvements are also coming this year; 2021 will bring true peer-to-peer file sharing. Completely encrypted files can be transmitted without being stored forever on a server in the cloud.

Also look for location sharing. This year you will be able to share your location privately with family and friends and opt in to sharing location data with other entities if asked.

In 2020 we started to see the rise in private social media sites built on the likes of Mastodon. Then as conservatives found themselves increasingly censored on YouTube and Facebook, they turned to sites like Parler.

This trend will continue in 2021 as social media sites allow more nuanced categorization of people instead of just “followers” and “friends.” These “groups” can be used across multiple apps, making them far more interesting, useful, and fun.

“Currently your data is spread all over the Internet. Fortunately, there are new companies being created that help you take that data back,” she continued.

For instance, last year Mine announced that it can figure out which companies have your data, how potentially vulnerable your data is, and how to remove it from those company servers. As these services expand in 2021, many companies will see a devaluation of their mass data stores and may be forced to turn to different business models.

“When you have true privacy and the ability to take information back, new exciting apps will emerge in this space. An example is a voting app that lets you take polls among your friends privately and anonymously,” she said.

There are three basic types of solutions that have been in place for decades in dealing with protecting data sent over the Internet, noted Tallent.

More recently, open protocols like the Signal protocol have allowed types of use cases like instant messaging to use the same cryptography and software to provide end-to-end encryption, Tallent remarked.

“Signal, Skype, and WhatsApp all use the Signal protocol. But unfortunately, you cannot send an IM from Signal to Skype or WhatsApp. Additionally, end-to-end encryption is not quite enough,” she said.

Whether for private or business use, how privacy is handled by messaging and other apps can be a moving target. For instance, consider the public flare up and migration of users from WhatsApp to the privacy-first chat app Signal earlier this year.

WhatsApp claims it is end-to-end encrypted, and the bulk of activity on the app is. But the fact that Facebook can know when you used the app and who you chatted with was, to millions of people, enough to lose customer trust, according to Tallent.

“Giving back the keys to the owners of the data and separating the bond between data and the application layers are game changers. But providing a platform and SDK for frontend developers to design new experiences without having to focus on the infrastructure and complexities of cryptographic exchanges is what has us all excited in the [security] community,” she observed.

No need exists for an Internet replacement. Tech industries only need to prioritize their resources on developing better ways to enhance their cybersecurity policies, reducing the risk for attacks, observed Stephen Light, owner of Nolah, an e-commerce seller of mattresses and bedding supplies.

“The Internet’s current security is sufficient to restrict users who do not know how to bypass cybersecurity. However, the situation is not the same for experienced hackers [who] can get into a system as long as they are patient and careful of not being detected,” he told TechNewsWord.

Fixing the Internet is an ambitious objective. It is also a little bit like changing tires while the car is moving, suggested Purandar Das, CEO and cofounder of Sotero, an encryption-based security company.

“What is more important is that organizations adopt a more meaningful strategy to security and privacy as it relates to consumers. Establishing an equal footing for security and privacy on par with technical capability and revenue streams is critical,” he told TechNewsWorld.

Something has to change with how we are handling Internet security. Many people have no idea just how vulnerable their personal and sensitive information is to hackers and other cybercriminals, agreed Daivat Dholakia, director of operations at Force by Mojio, a GPS fleet tracking service for small business.

“While companies like Facebook tend to emphasize the importance of individual control over security settings, the real responsibility lies with the giant tech companies that handle our information every day. They need to be more transparent about to whom they are giving and selling your information, and they need to beef up their cybersecurity divisions,” he told TechNewsWorld.

Dholakia thinks an immense upgrade in Internet security is inevitable. But that will be a multi-year-long project, complicated by the fact that the companies buying and using data have a vested interest in privacy settings staying turned off or inaccessible.

“At the end of the day, I do not think the Internet is going anywhere, but I think in 10 years we will be using a markedly different kind of Internet,” he predicted.

What Is Needed and Viable

Rather than creating an entirely new Internet from the ground up, privacy-first companies are applying proven and well-understood technology alternatives that share a thesis around no surveillance and putting people in control of their data.

While The @ Company focuses on a new protocol for the secure exchange of information, other examples include Mozilla and Brave on the browser side, Neeva and DuckDuckGo in search, and Linktree and Mastodon in social, noted Tallent.

“Privacy compliance is essentially an impossible problem to solve at the application/process level and not usually associated with a good online experience,” she noted.

Many people do not care for surveillance, but they simply do not yet know that there is a better way. The challenge is to prove that this can be fundamentally solved with a new protocol/platform, that superior, privacy-first experiences are possible, and to seed the market with these better experiences on the Internet by partnering with app developers.

“We (The @ Company) are a no-brainer for app developers, not just because we make privacy compliance easy to integrate, but because our platform provides completely new and better online experiences,” she said.

The typical consumer does not think about privacy, but rather about convenience, information, inspiration, and entertainment from using the Internet. Even if security or privacy becomes a pain point, the typical consumer may not act to replace a solution until the pain of inconvenience or bad experience exceeds the good experiences, explained Tallent.

“So rather than wait for an Internet Armageddon, we prefer providing user experiences that meet and hopefully exceed what people are currently getting from incumbent utility app providers. We find that the privacy-first players that are getting significant traction have created strong ‘bridging’ experiences that allow people to try an alternative,” she offered.

If the bridging experiences meet expectations around good user experience, some will be instantly won over. But most will gradually integrate over time until they have entirely replaced their previous app with an alternative.