HTC 10 Wins Heaps of Praise With a Sprinkling of ‘Buts’ 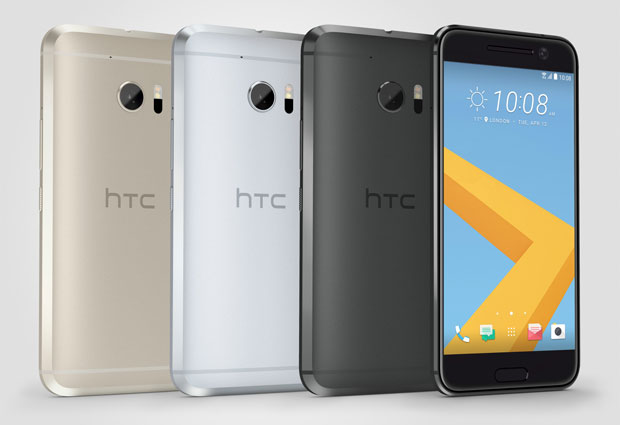 HTC this week unveiled its latest flagship smartphone, the HTC 10.

The phone’s camera is outfitted with new, larger sensors and 12 million new-generation UltraPixels. Both the front and rear cameras sport the world’s first optically stabilized, larger-aperture f/1.8 lenses on, the company said.

The rear camera also has a faster laser autofocus. The front UltraSelfie camera has a wide-angle lens and screen flash. Both cameras take sharp, high-resolution photos, even in low light, according to HTC.

“Is it a good camera? Yes. Is it a sexy style? Of course,” said Ramon Llamas, a research manager at IDC.

HTC “deserves credit for makes its 10 one of the best camera phones on the market today, but mass-market consumers are not rushing into stores for snazzy camera phones, and they remain niche differentiators for now,” remarked Neil Mawston, an executive director of research at Strategy Analytics.

“We expect the HTC 10 to sell reasonably well in the United States and worldwide, but it isn’t an iPhone killer or an HTC savior,” he told TechNewsWorld.

“The HTC 10 is the best phone HTC has ever produced, and it has a few standout features,” noted Ville-Petteri Ukonaho, a senior analyst with Strategy Analytics.

Among them are its camera, the BoomSound feature, materials used for the body, and a UI that “differs it from the competition and offers more customization than before,” he said.

The camera, with its UltraPixel setup, is similar to that in the Samsung Galaxy S7, he pointed out. “Both are 12 MP cameras with similar apertures, and their pixel count is quite close.” The wide-angle lens on the HTC 10’s front camera makes for better selfies, though.

BoomSound “has been around for a while now,” Ukonaho observed. “Now the dual-speaker setup returns, with the secondary speaker acting as a subwoofer.”

The K.I.S.S. Principle at Work

Apart from the camera, the HTC 10’s simplified app drawer captured the attention of Daniel Gleeson, a senior analyst with IHS.

“Cutting down on app clutter is a huge plus, and should make the device very easy for new users to adjust to,” he told TechNewsWorld.

“People want less bloatware, less confusion and greater clarity as to whose apps they should be using,” IDC’s Llamas told TechNewsWorld. “The HTC 10 echoes that higher approach of simpler is better and easier.”

The HTC 10 “is a me-too Android rectangle and is unlikely to turn around the company’s fortunes,” noted Strategy Analytics’ Mawston. “The hardware design looks very similar to most other smartphone models on the market, while its core specs, features and apps are little different to many of its rivals, like the Galaxy S7.”

HTC will have two versions with different Qualcomm Snapdragon CPUs.

That strategy is the same one adopted by LG and others, Ukonaho said. It “saves the main chipset supply for the most important markets.”

Still, the HTC 10 “lacks the wow effect that would make customers buy it,” Ukonaho noted. “That, and the bad reputation it got with last year’s overheating model, require heavy marketing efforts for HTC to succeed with the 10.”

HTC “is feeling pressured both from Apple and Samsung at the high end and from Huawei and Lenovo at the mid- and low end of the market,” Gleeson said. “Without any clear differentiating factor, it will be very tough for the HTC 10 to recover the market share HTC has lost in recent years.”

IHS has predicted that HTC’s shipments will fall by nearly half this year, and the company’s long-term future “is not in the smartphone market,” Gleeson said. “It’s very much dependent on the success of its virtual reality product, the HTC Vive.”