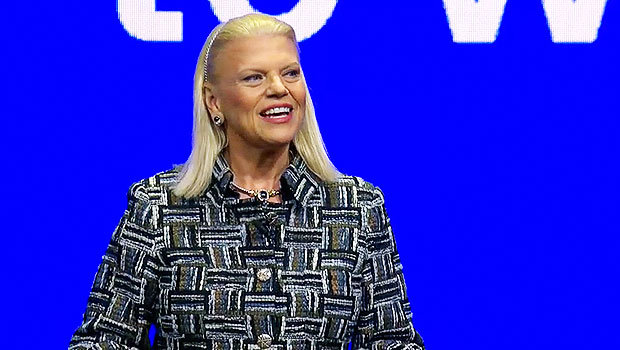 “These tools are so powerful they will solve some of the most enduring problems — like food safety, waste,” she said, “but like all powerful tools, we’ve got to usher them in safely into society.”

In order for those technologies to thrive, trust and security will be necessary, Rometty observed. “A competitive differentiator for all … will be trust.”

She urged development teams to “always remember the purpose of these technologies is to augment man. It is not to replace man.”

Rometty also made a case for people owning the data they create.

All data belongs to the owners, she suggested, and it is with their permission that we use it to gain insights.

Rometty called for the new technologies to be open and transparent, “but more than anything, that they are explainable, and they are free of bias.”

The biggest challenges to the adoption of emerging technologies, like AI and quantum computing, are creating transparency and preventing bias, suggested Charles King, principal analyst at Pund-IT, a technology advisory firm in Hayward, California.

“In the former case, many or even most people don’t fully understand how these technologies work, so they’re unlikely to fully trust systems to perform important or crucial tasks,” he told TechNewsWorld.

“Moreover, in compliance-regulated areas, like banking, insurance and healthcare, decisions and findings need to be provably correct for businesses to avoid penalties and fines,” King pointed out.

“As a result, IBM is working on a range of solutions designed to make AI systems and results explainable to business owners and other interested parties,” he said. “The company also offers solutions — like AI OpenScale, that is designed to automatically determine if AI systems have become biased, and to then take corrective measures.”

Rometty’s cautious optimism about artificial intelligence contrasts with the attitudes of some other high-profile tech leaders, who see AI as the beginning of the end for humanity.

“The message that we all need to look at how to use technology for the good of society as a whole is a great message,” said Jim McGregor, principal analyst at Tirias Research, a high-tech research and advisory firm in Phoenix, Arizona.

“Everyone who says that, though, almost has to put that disclaimer in there of ‘We have to be careful. We have to use it wisely,'” he told TechNewsWorld.

“IBM’s view is that for something as potentially volatile as artificial intelligence, it’s almost like nuclear technology,” noted Roger L. Kay, president of Endpoint Technologies Associates, a technology advisory firm in Boston, Massachusetts.

“We can’t just let it come completely out of the bottle. It has to be managed in some way,” he told TechNewsWorld. “There’s a submessage in there, too. It’s inevitable that it comes out. It’s coming no matter what.”

A reminder to proceed cautiously may be in order, given the pace of business today.

“There is a race to capture and analyze data at massive scale because the information that results can redefine competitions, ranging from political and military areas, to healthcare, to weather, to all aspects of business,” said Rob Enderle, principal analyst at the Enderle Group, an advisory services firm in Bend, Oregon.

“People racing often take shortcuts, and shortcuts in data integrity, accuracy or bias could change what should be incredibly powerful, helpful tools into disasters at near-epic scale,” he told TechNewsWorld.

For the near future, Rometty’s vision of artificial intelligence augmenting mankind, not replacing it, seems like a good bet.

“When I talk about AI with people, I talk about assisted intelligence,” said Jack E. Gold, principal analyst at J.Gold Associates, a technology consulting firm in Northborough, Massachusetts.

“If you look where AI is going, at least over the next decade, it’s about making our lives easier and helping us do stuff, not replacing us,” he told TechNewsWorld.

“Sometime in the future, is there a possibility that we’ll be replaced by certain things? Sure, but automation always replaces things,” Gold added.

Over the past half century, computing technologies have caused massive disruptions in many industries and professions, Pund-IT’s King observed, but they also have created new companies, jobs and workplace benefits.

“By focusing on how new technologies will augment man, Rometty is taking — and asking others to take — the long view on these developments,” he said. “The changes won’t happen overnight, but when they do occur, disruptions in some places will be offset by new opportunities in others.”

To deal with displacement by technology, workforces must be retrained, Rometty said in her keynote. She cited one public-private partnership program IBM is involved in, called “P-Tech,” a six-year program that combines a high school diploma with an associates degree. Students graduate from the program debt free.

“We’ve been at now it a while — graduation rates are 400 percent greater than community colleges,” Rometty said.

The graduates are on a new career path, one to fill “new collar” jobs, she added. “We’re trying to say there’s not a stigma in not necessarily having to have a four-year college degree.”

Although retraining is seen as a way to address job displacement due to technology, it’s had minimal impact in the past.

“So whenever you have a technology shift, you always have displaced workers,” he said. “It’s left for society to evolve the workforce, because governments are very ineffective at doing that.”

Appearing with Rometty during her presentation were Ed Bastian, CEO of Delta Air Lines and Charles Redfield, executive vice president of food for Walmart’s U.S. stores. Both had stories to tell about efficiencies their organizations have gained through technology.

In the past, Walmart had problems tracing the origin of food, Redfield recalled. For example, it took seven days to trace a package of mangoes from the shelf to the farm. However, with the use of blockchain technology, the trace took 2.2 seconds.

“Blockchain is one of those technologies that is going to drastically change the market because it’s going to cut out a lot of the people in the middle in a lot of transactions,” McGregor said. “The market is latching onto blockchain faster than I would have predicted.”