IBM just announced SmartCloud Orchestrator — a massive open source initiative designed to help companies better balance public and private cloud resources and even switch vendors. This is in sharpcontrast to the lock-in strategy that IBM used to found the technology segment — largely because IBM learned the hard way that lock-in, while tactically sound, is strategically stupid.

It also learned that it has such a significant competitive advantage in a number of critical areas that on an even playing field, it still has a significant advantage over everyone else in most of its segments.

These companies may or may not surprise you. The ones that missed this meeting are Google, Amazon, Salesforce and Oracle. Google is the biggest surprise — Oracle not so much.

I’ll go deeper into the power of open and then close with my product of the week: the Apple iPhone 5.

The Maturing of Open: From Free to Interoperable

For a long time, the true benefits of an open strategy got lost in the political rhetoric of the then-kids that drove the effort. However, as the market matured over the last decade, these advocates aged orwere replaced. Both buyers and sellers stepped away from the political rhetoric about “free,” which often meant “without charge,” to embrace the real value: interoperability.

As it turns out, the idea of free code wasn’t any more real than the marketing pitch of “free beer,” and you either tended to get what you paid for, or you found out later that “free” wasn’t.

Interoperability was huge, though, because companies were run off a massive number of platforms and packages that often had to be manually cobbled together to create a limping solution. The folksimplementing the latest wonder product from any vendor often found the projects critically hampered by an inability to work with other parts of the solution — and this was often true even if they came from the same vendor.

Open platforms allowed IT and service providers a way to better tie things together and create solutions that came far closer to what they thought they bought. Fewer expensive products were left growing cobwebs on company shelves.

I watched Microsoft, which had been infamous for a lack of interoperability in the 1990s, have a massive wake-up moment when the European Union started imposing fines for its lack of openness. Kicking and screaming, Microsoft was dragged into being open, but then suddenly it found that its open products were preferred. It now treats being open as a competitive advantage.

IBM, which optimized closed during its rise to technology dominance, actually seemed to understand this far more quickly, and it has been one of the major forces behind the open movement from the beginning.

Here is why being on the cutting edge of open is an advantage, and it does come down to free, but as in freedom — not beer. The advantage for customers is easy to see: It gives customers more freedomof choice.

In the case of this IBM announcement, it is the unusual freedom of choice between private and public cloud resources, allowing for an increasingly dynamic flow of workloads targeted at betterbalancing costs and services.

The vendor advantage is more subtle. Locked-in strategies — whether used for employees (slavery), governments (dictatorships) or products (Oracle) — have a high cost to establish. Then there’s the need to try to recapture that cost and more by aggressively using the acquired asset (you).

The problem is, when you do this with people, they tend to escape (slavery), revolt catastrophically (dictatorship), or abandon the vendor totally.

Lock-in creates a situation in which the vendor will increasingly ignore customer needs and use the power of the lock-in to increase fees for the same services. When the pain becomes too great, customers cut ties with the vendor — catastrophically and in volume. IBM, the most powerful company in technology, almost failed as a result of lock-in in the late 1980s.

If you promote a more competitive environment, customers can’t be ignored. You stay focused on keeping customers happy, because they can move more easily. If you forget, they will start migrating away from you, gradually giving you time to adjust attitudes, management and services to stop the decline.

With lock-in, customers are a resource the vendor mines; with an open strategy, they are an asset the vendor nurtures. As a buyer, it is far more comfortable to be nurtured than mined.

IBM was designed to last for centuries, and it realized early that in order to achieve that strategic goal, leading in open was a requirement.

IBM’s Monday announcement is part of this overarching strategy to ensure the company’s future. SmartCloud Orchestrator is based heavily on the OpenStack standard that IBM has significantly enhanced and supported since it was launched by Rackspace and NASA.

At the heart of this effort is a 400-strong customer council that brings forth use cases, aggregates customer needs, and ensures the voice of the customer is the loudest when solution decisions are being made.

The OpenStack foundation is even bigger, with 5,600 members from 87 countries representing 850 organizations. This showcases that most companies get this to some degree.

Wrapping Up: Continuous Transformation vs. Stagnation and Death

At IBM’s analyst event last week, CEO Ginni Rometty spoke about the company’s major goal: continuous transformation. This is what being open does; it makes sure the company constantly evolves to address the rapidly changing needs of its customers. Lock-in drives stagnation, and stagnation is death.

IBM leaned this the hard way, so while some CEOs are buying Hawaiian islands and failing airlines, IBM’s is focused on making sure the company survives another 100 years — and she recognizes that turning customers into slaves is counterproductive.

IBM isn’t alone here, and I think it is important to partner with vendors that make keeping you happy their strategic goal, rather than those that are just focused on getting your money and spending it spectacularly.

IBM has a lot of “smarter” initiatives — Smarter Commerce, Smarter Cities, Smarter Planet — but what it doesn’t talk about is that it also wants smarter customers, because it believes those customers will choose IBM.

This means it is driven to create a smarter IBM, and it is the only vendor that ensures formal CEO training and selection, making its most important initiative likely having a smarter CEO.

After watching the mistakes at Yahoo and Tesla over the last couple of weeks, I wish the U.S. had an initiative to make more of those. In the end though, open is just smarter — smarter for the customer, certainly, because it provides flexibility and choice. It’s also smarter for the vendor, because it helps ensure survival and economic success in the long term.

Product of the Week: iPhone 5

I’m not an Apple fan, partially because it implements a lock-in strategy, which I’m suggesting people avoid. However, Steve Jobs understood that in consumer electronics, executing a lock-in requires that you first bring in people with an amazing solution, and the iPhone 5 is really the last product Jobs significantly influenced.

My wife got one last week, and she has been running around lavishing praise on this phone ever since she got it, though she isn’t a huge fan of technology. With margins falling sharply, large investor advocates trying to strip the company of cash, and US$100 million judgments going against the company, I think it likely that the iPhone 5 may be the last truly great product from Apple. 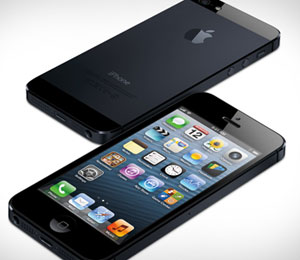 If the firm can learn from IBM and become more open, and evolve into a culture that is more customer-focused, it should be able to operate without Steve Jobs, who performed this customer advocacy(by proxy) role personally.

I hope it does, but given how addictive lock-in strategies are, I doubt it will. Though falling sharply quarter over quarter, Apple still has more customer loyalty than any other consumer electronics firm.

The iPhone 5 still puts a Steve Jobs’ Apple sparkle in the eyes of many of the folks who use it — including my wife now. While it isn’t for me, I have to respect and appreciate the magic and wonder itprovides for Apple customers.

Because it is one of the only truly magical products — and sadly, because it may be the last truly big magical offering from Apple, the iPhone 5 is my product of the week.