I have a fascination with litigation. One of my early career choices was to become an attorney, and I was actually mentored for a time by a judge. Over the years, I’ve spent a lot of time engaged in litigation or covering it. I just watched a presentation by the National Association of Attorneys General, and these top law enforcers painted Google as a criminal organization with so much power that it has unusual influence over the federal government.

“Intellectual Property Crimes Online: Dangerous Access to Prescription Drugs and Pirated Content” is a video I think every parent, Google user, Google investor, and Google employee should watch. It will tell you of threats and problems Google executives are clearly too focused on covering up, and that decision is putting a lot of people at risk.

For instance, in the video you’ll see the AGs connect brands like Mazda and Target to terrorist activity and underage prostitution. They also showcase the way Google is presenting our kids with choices ranging from the purchase of illegal drugs, including marijuana, to signing up to work for escort services (and I’m not talking about Boy Scouts escorting old ladies either).

The AGs contrast Google with other companies — like Apple, Microsoft and Yahoo — who are behaving far better. I think everyone, particularly those who invest in, buy from, or advertise with Google, should watch it. I also think that if you have kids, then it’s worth knowing about what kids are seeing when they watch YouTube or search Google. It’s frightening. I had no idea that it had gotten this bad. I’d be surprised if you didn’t have at least three oh crap moments if you belong to one of these groups.

I’ll close with my product of the week: a wonderful set of 7.1 headphones that you can use for gaming or video watching — but maybe not YouTube.

The deep irony in watching this video — and you really should watch it and form your own conclusions — is that Google clearly started out thinking about evil — not as a to-do, but as something to avoid — and it positioned itself as the White Knight against Microsoft’s then Evil Empire. Google has taken a very different path, though.

I doubt any of its leaders view the company as evil any more than Microsoft saw itself in that light in the 1990s. However, like Microsoft was then, Google is new to its power and personal wealth, and thinks rules it doesn’t believe in shouldn’t apply to it, and this is reflected in the company’s behavior.

Google isn’t doing what it’s doing because it wants to hurt kids or behave criminally. Worse, Google appears to think the collateral damage that occurs as it chases its corporate goals just isn’t important. A true criminal organization would be smarter than to put all these groups at risk at this scale, because the risk would be too high.

Google’s ignorance and arrogance appear to be more dangerous than its attitude. Microsoft was much the same way, though not to this degree, when it took on the U.S. Attorney General, and after billions of settlements and judgments, it is now on the AG’s nice list, for the most part, along with Apple and Yahoo.

You’ll hear in the video how the attorneys general want to go after two distinct groups of people in order to bring Google to heel. The two groups are Google investors and Google advertisers. They don’t call out any of the investors by name, but they imply they’ll be going after large institutional investors like hospitals and retirement funds (teachers, etc.) that care about issues like child safety and illegal drug sales.

Two advertisers they do call out by name are Target and Mazda. They connect Target to ads regarding underage prostitution and Mazda to Al-Qaeda promotional videos, both of which could badly tarnish these well-protected brands. Given that some of this is in the context of doing a marketing campaign designed to hurt Google financially in order to get the company to comply with laws and regulations, the risk to these groups appears significant and worth consideration if not outright run-for-the-hills terror.

Perhaps the most frightening portion of the presentation, if you are a parent, is the section that addresses what kids are seeing when they use Google or, particularly, when they watch YouTube videos. They are seeing ads for organizations (examples are shown) that appear to recruit for underage “escorts,” promote terrorist organizations, and sell illegal drugs (one of the examples is a date rape drug ad).

I really had no idea this was the kind of ad that Google was allowing on its service and the “escort” ad is tied to an Android application that was refused by Apple’s iTunes App Store (and, I’m assuming, all the rest).

This is truly frightening stuff, and the fact that Google is fighting the AGs on correcting this behavior makes me wonder if the folks in the firm have a heart or a brain, because there is no way I can see this ending well. All it will take is one instance of Google being connected to the death, kidnapping (there is a section on human trafficking), or crippling of a child — and even Google could be done.

Wrapping Up: Is Google a Criminal Organization?

One of the specialists on the panel at the end of the talk actually referenced a law designed to bring down organized crime — RICO, or Racketeer Influenced and Corrupt Organizations Act — in association with Google, and the term “lawyered up” was used several times, suggesting Google has been put in the same bucket as a common criminal by these attorneys general.

Now just because a bunch of AGs think you are a criminal doesn’t mean you’ll be convicted. In fact, part of the discussion suggested that Google’s connections into the federal government and wealth may in fact make it immune — but much like O.J. Simpson found, winning in court doesn’t necessarily mean you have protected your brand or that folks won’t continue to come after you, and that appears to be the case here.

If you advertise with (particularly if you are Target or Mazda), invest in (particularly if you are an institutional investor with a brand to protect), or have kids who use Google, watch this video. This is so far beyond what Microsoft went through that I doubt we yet understand the full implications of what will happen unless Google changes its behavior.

This is potentially a Google going-out-of-business scenario — and remember, we are only talking about the U.S. Imagine what could happen in Europe or Asia, where similar concerns likely exist and penalties tend to be far more extreme.

I spend a lot of time on my computer, either working or playing, and I have a lot of headsets. However, when I saw the Razer Magalodon 7.1 and realized how inexpensive it was, I thought it would be fun to see just how much you could get for less than US$150.

As it turns out, you can get a ton of sound for that amount of money. Now this isn’t a noise cancellation headset, and while it comes with a portable case, it isn’t small either. Still, for the money, this is the best headset for games and movies I’ve tested so far this year, and it even looks cool. 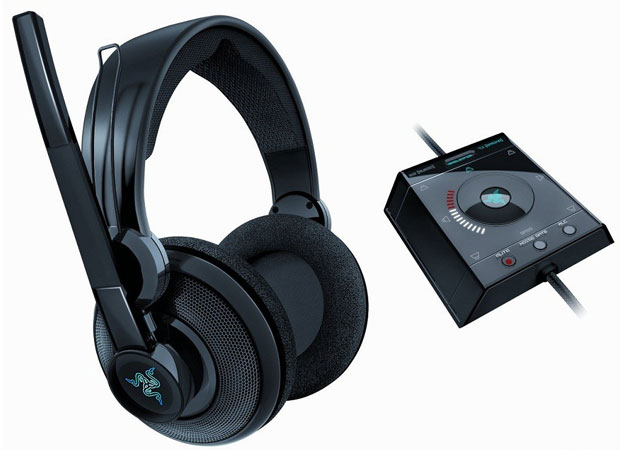 It has a control panel that you can use to position the audio. Like most headsets, the bass isn’t exactly earth moving — you’d really need a big driver down near your butt for that, and I haven’t seen anyone pull this off in a product I’d want to own yet. The positional sound is actually rather good, though.

You can hear the sound move around the virtual room, and while the “7” part of this is kind of a gimmick — largely because even with a true 7.1 system I’ve never really noticed that much difference against a 5.1 alternative — it actually works as advertised.

I like great sound and I like a bargain — and a 7.1 headset for less than $150 on Amazon is both — so the Razer Magalodon 7.1 headset is my product of the week.