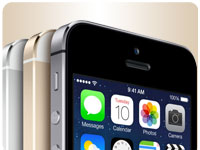 Apple vowed Tuesday to fix a persistent bug in its iOS mobile operating system that punishes former iPhone users. The flaw, which has been in iMessage since the release of iOS 5, prevents former iPhone users from receiving SMS messages from current users.

Apple recently fixed a server-side iMessage bug that was causing an issue for some users, and it will provide an additional bug fix in a future software update, it told Re/code. Users still experiencing an issue were invited to contact AppleCare.

Apple’s pledge to fix the flaw once and for all comes on the heels of a last week’s class action lawsuit filed against it over the bug.

“Apple tortiously interfered with the contract for cellular service between these putative class members and their cellular telephone carrier in that Apple’s actions prevented the subscribers from receiving all of their text messages, as they were entitled to obtain through their cellular wireless service contracts,” alleges the complaint filed by Adrienne Moore in a federal district court in California.

Furthermore, it continues, “Apple failed to properly disclose to Plaintiff and the putative class members, at the time that they owned their Apple iPhone or iPad devices (or anytime thereafter) that, should they switch away from an Apple device to a non-Apple device, Apple’s iMessage and Messages service and application would act to prevent these persons from receiving all their text messages on the non-Apple device that these class members used to replace their Apple iPhone or iPad devices.”

Although turning off iMessage before deserting Apple is supposed to prevent the problem from developing, that hasn’t been the experience of everyone afflicted by the bug.

“The design flaw goes beyond users who forget to turn off iMessage before they switch devices,” Adam Pash, an editor at Lifehacker, told TechNewsWorld.

“I’ve turned off iMessage,” he continued, “and I’ve received confirmation that my number is no longer associated with any iMessage account, but many iPhone users still can’t send me text messages.”

Services like iMessage are called “over-the-top” services. Instead of using the SMS channel provided by wireless carriers, they use the Internet to deliver text messages. In the case of iMessage, SMS messages intended for iPhone users are routed through Apple’s servers to them.

There are some advantages to that approach. A carrier’s charges for text messages can be avoided. In addition, messages can be delivered to multiple devices, so you don’t miss a message.

However, as iPhone emigres are discovering, moving to another ecosystem can mean that messages sent to you from your old iPhone pals end up in limbo.

Skewered by Its Own Popularity

While this latest bug in iOS may be embarrassing to Apple, the company has dealt with bigger snafus in the past without doing lasting harm to its image.

“It’s a bug, and the more bugs you have, the poorer your image is,” Yankee Group Research Director Carl Howe told TechNewsWorld.

“Given how many things work right in the Apple ecosystem, I don’t think it’s a fatal bug,” he added. “I think it’s an annoyance more than anything else.”

The bug could be related to the nature of iMessage.

“It’s designed to facilitate messaging among people who are using Apple devices,” Howe explained, “so Apple probably didn’t spend a lot of development time figuring out how to let people out of that world.”

Ironically, Apple’s popularity among its users may have contributed to the problem lingering for as long as it has.

“To discover this problem, you need a user who leaves the platform and goes to Android,” Michael Morgan, an independent mobile devices analyst, told TechNewsWorld. “We all know with a 93-to-97 [percent] retention rate of the iOS platform, there hasn’t been that many people leaving iOS to discover this issue.”

However, the flap over the bug could give the carriers some ammunition in their war against over-the-top services, he added. “Now the carriers’ old, established SMS service may be perceived as more reliable than these over-the-top-programs that have been eating into the carriers’ revenues.”