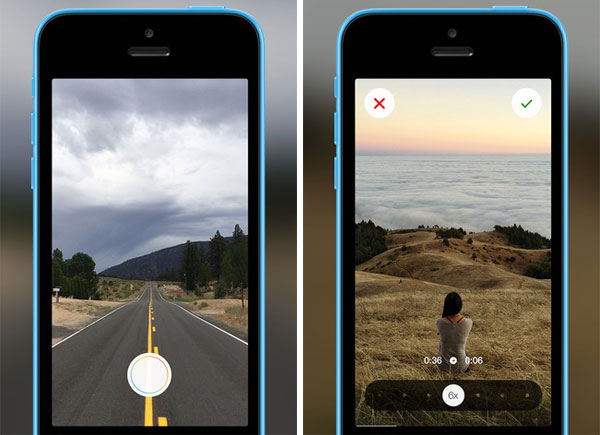 Everybody's doing the Hyperlapse, it seems -- at least, everyone who owns an iPhone 4 with iOS 7 or better. Late night host Jimmy Fallon posted a Hyperlapse video of him eating a column of cake. Arizona Beverage Company uploaded one of a man binge-drinking nine flavors of its potables. The app provides an easy way to deliver smooth time-lapse photography without expensive hardware.

Instagram on Tuesday released Hyperlapse, a free iPhone app that takes the jitters out of time-lapse video. It was just two weeks ago that Microsoft demonstrated a similar technology that bears the same name.

Time-lapse is a common video technique for showing the passage of time. For instance, the SciFi network’s Face Off show uses time-lapse video to transition between days in a challenge.

Those segments, though, are created with a stationary camera. When a camera is moving, maintaining the effect is much more difficult and can require specialized equipment costing US$15,000 or more.

Sure, consumer video cameras have technology built into them to offset camera shake, but those algorithms, until now, couldn’t cope with the combination of movement and acceleration of playback speed involved in time-lapse video.

Instagram Hyperlapse is very simple to use. You don’t even need to have an Instagram account to use it. The app opens up in camera mode. You simply tap it to begin recording. Tap again to stop recording. Then you choose a playback speed — from 1 to 12 times original recording speed — and tap a green check mark to save it to the camera roll on a device running iOS 7.

Shortly after release of the app, time-lapse videos began appearing on the Net. Late night host Jimmy Fallon posted a Hyperlapse video of him eating a column of cake. Arizona Beverage Company uploaded one of a man binge-drinking nine flavors of its potables. Dey Street Books, a HarperCollins imprint, used the app to create a virtual tour of its new offices.

While the Instagram and Microsoft Hyperlapse technologies bear striking similarities, they need not engage in a zero sum game.

“I don’t think one threatens the other,” Chris Chute, a research director with IDC, told TechNewsWorld. “That would be like saying Instagram threatens Snapchat. Both can co-exist.”

Instagram’s Hyperlapse is another example of app developers giving smartphone owners features found on expensive camcorders, he added. “Mobile apps give average consumers many more features for their phones’ cameras than they were able to access before.”

Smartphone cameras have cut into the digital camera and camcorder markets in recent times, but one bright spot in the camcorder market has been the action-cam. Those rugged cameras, which typically can be worn on the head for a “first-person” effect, are used by sports enthusiasts to continuously shoot their exploits as skateboarders, skydivers or river rafters.

Action-cam users need accessories and a level of ruggedness largely unavailable to smartphone owners, according to Reticle’s Rubin.

However, “we have seen some ruggedized case-lens combinations for smartphones that allows them to be used as action cameras,” he noted. “It expands the market to people who have an occasional need for a point-of-view camera.”

As for action-cam makers, at least one of them isn’t overly concerned with smartphones cutting into its business.

“The Hyperlapse announcement … is a harbinger of great things for the camera market overall,” said Chaz Henry, CTO of iON America.

“While the announcement today is mobile phone centric, the market has shown a reluctance to put their phones in harm’s way, which has given rise to the point-of-view camera market,” he told TechNewsWorld.

“Expect gyroscopes and additional hardware to show up, as needed, in tomorrow’s camcorders in order to drive these apps but also expect — as Microsoft demonstrated earlier this month — alternate ways to get hyperlapse compression without additional hardware,” Henry added.

“While companies like iON continue to develop mountings, sensors and features that will be impractical or impossible to include in a mobile phone, today’s news demonstrates another cool use of POV video footage,” Henry remarked. “That’s good news for everybody in the camera industry.”