iPad Pro: The Thrill Is Gone 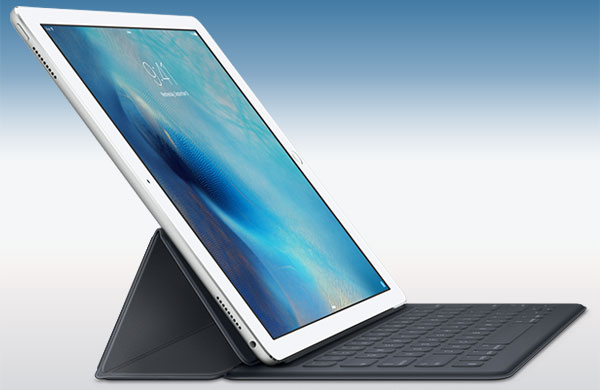 Apple this week began selling its iPad Pro, but the newly introduced device is failing to evoke the enthusiasm the company’s line of tablets traditionally has seen.

Reviewers gave the device high marks for its battery life, screen, speakers, light weight and Pen, but panned the keyboard, the lack of a touchpad and 3D Touch, its long charging times and its price.

They compared it less than favorably to Microsoft’s offerings and to the MacBook Air.

Analysts don’t expect the iPad Pro to do particularly well this calendar year, given its late introduction.

Has the line the late Apple CEO Steve Jobs described as “magical” when he introduced the first iPad lost its shine?

The iPad Pro runs iOS 9 and has a 13 x 8.5-inch screen — the same size as many laptops or, as The Wall Street Journal’s Joanna Stern pointed out, as a box of cereal.

Throw in another $170 for the Apple Smart Keyboard, which The Verge’s Lauren Goode described as overpriced, and the base model costs close to $1,000.

In terms of CPU and GPU speed, display quality, quality of the sound output and overall responsiveness of the interface, the iPad Pro is a better computer than the MacBook or MacBook Air, wrote Daring Fireball’s John Gruber.

The keyboard is fine for typing and is sturdy, but there is no pervasive support for keyboard-based UI navigation in iOS, he noted.

The display is stunning, but Apple should have included the 3D Touch technology it introduced with the iPhone 6s, said The Verge’s Goode, who praised the iPad Pro’s processing power, four self-adjusting speakers and battery life.

The Pencil, which is priced at $100, is fun to use and precise, with almost no latency, she said.

The biggest plus point for the iPad Pro is its incredible apps, The Journal’s Stern said.

Sales of the iPad have beenfalling for seven consecutive quarters, and that raises the question of whether Apple’s counting on the iPad Pro to turn things around.

“It does seem the iPad Pro is very good value for the money, and price-wise it hits the sweet spot of around $1,000,” said Susan Schreiner, an analyst atC4 Trends.

“There are plenty of enterprises that are price sensitive,” she told TechNewsWorld.

It’s price competitive with the Microsoft Surface Pro 4 but not with the Surface Book, which is a totally different animal, said Jeff Orr, a senior practice director atABI Research.

However, the iPad Pro probably won’t stop the slide in iPad sales because “users are keeping their tablets for four to five years, and a lot of the early sales momentum was due to early adopters and the introduction of the sub-$400 iPad Mini,” he told TechNewsWorld. [*Correction – Nov. 12, 2015]

Where the iPad Pro May Shine

“I’m looking at success in certain verticals,” and while that success isn’t assured, “they’d be seen as incumbent compared to other tablets,” ABI’s Orr told TechNewsWorld.

The relationship Apple has built with IBM “will continue to grow and become more valuable to audiences as IBM continues their development of key business apps within targeted verticals,” including the utility industry, he said.

The iPad Pro also will make headway in the creative fields, Orr said, but “given its launching in mid-November, I expect you won’t see more than 500,000 units shipped by the end of this calendar year.”

*ECT News Network editor’s note – Nov. 12, 2015: Our original published version of this story quoted Brent Iadarola as saying the iPad mini was priced at sub-$200 at launch. However, the lowest-priced model at launch was $329.