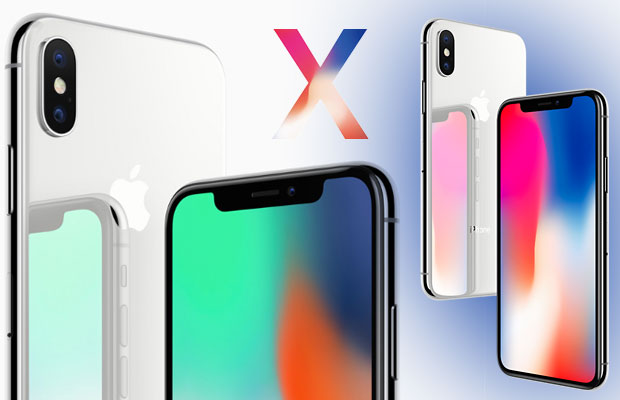 Reviews of Apple’s next generation iPhone X have started appearing online, and for the most part, critics have showered praise on the product.

“The iPhone X is clearly the best iPhone ever made,” wrote Nilay Patel for The Verge.

“It’s thin, it’s powerful, it has ambitious ideas about what cameras on phones can be used for, and it pushes the design language of phones into a strange new place,” he added.

The phone is so impressive, it almost seems unreal, Patel suggested. “At a glance, the iPhone X looks so good one of our video editors kept saying it looked fake.”

Because the X departs from other iPhones in a number of ways, some fans of the product line may balk at buying it. Those fans need not worry, advised Lance Ulanoff in his Mashable review.

“The iPhone X changes the iPhone experience, but for the most part those changes are for the better,” he wrote.

“I’m positive that those fearing the loss of the home button will forget about its absence 48 hours — tops — after buying the phone. Face ID and gestures are better, more convenient ways [to] unlock and do basic tasks on the phone,” Ulanoff continued.

The X may require a period of adjustment for some owners, cautioned Geoffrey A. Fowler in his review for The Washington Post.

“If you buy an X (pronounced “ten”) now, think of it as signing up for a blind date with your most important gadget,” he wrote.

“Navigating it can be just as confusing as figuring out when to hold hands. Your thumb is going to keep ending up in the wrong place,” Fowler added. “I’m a columnist whose job is to live on the cutting edge, and even I’d describe my relationship (so far) with the iPhone X as ‘awkward.'”

One area of anxiety for potential users is the X’s use of facial identification to unlock the phone.

Concerns about Face ID not working in low light conditions are misplaced, according to Patel.

“Face ID works great in the dark, because the IR projector is basically a flashlight, and flashlights are easy to see in the dark,” he wrote. “But go outside in bright sunlight, which contains a lot of infrared light, or under crappy fluorescent lights, which interfere with IR, and Face ID starts to get a little inconsistent.”

Users are going to have to adapt their behaviors to unlock their device, observed Jeff Orr, senior practice director for mobile devices at ABI Research.

For example, the phone must be held at eye level at about 10-20 inches from the face.

“If you’re used to pulling your phone out of your pocket and glancing it at hip level, that won’t work,” Orr told TechNewsWorld.

“People who glance at their phone under the table at a business meeting won’t be able to do that, either,” he added.

The X isn’t for everyone, maintained Nicole Nguyen in her BuzzFeed review.

The X “is really only for people who use the *heck* out of their phones. I’m talking about a ton of photo taking, video shooting, social-media performative exhibiting, gaming, web browsing, etc.,” she wrote.

“This is a device for a power user, not a casual smartphoner who texts and uploads an Instagram every once in a while,” Nguyen continued. “The iPhone 7 or 8 (or, hell, even the iPhone SE) are totally sufficient for those folks.”

The X’s edge-to-edge OLED screen received raves from many reviewers, not only for the quality of its resolution, but also for its size.

“The iPhone X is a big screen in a compact form factor — Cinerama in a phone booth,” wrote Steven Levy for Wired.

“Though the device itself is only slightly bigger than the standard iPhone 8, its screen is roughly the same size as that of the iPhone 8 Plus,” he explained.

An aspect of the X’s screen that raised mixed feelings in reviewers is the “notch” found on the top of the phone.

“Call it what you like — a cutout or a notch — but the area around the new front-facing cameras and sensors is definitely a black mark on the iPhone X’s screen,” Heather Kelly wrote for CNN.

On the other hand, some actually found the notch appealing.

“In fact, I kind of like it, and I think it blends in nicely to the rest of the phone’s software interface,” observed Steve Kovach, writing for Business Insider.

Start of Something Big

Just by meeting consumer expectations, the X is likely to do well in the market, suggested Patrick Moorhead, principal analyst at Moor Insights and Strategy.

“I think Apple will be able to sell as many iPhone Xs as they can make,” he told TechNewsWorld.

Although Apple fans had to wait longer to get their hands on a X than for the other iPhone models announced in September, many of them evidently thought the wait was worth it, noted Charles King, principal analyst at Pund-IT.

“Apple promised game-changing technologies with the iPhone X, and so far it looks like season ticket holders are sticking around for the whole thing, including extra innings,” he told TechNewsWorld.

The X will be the beginning of another Apple boom, predicted Tim Bajarin, president of Creative Strategies.

“I believe it will start a new super cycle of iPhone sales,” he told TechNewsWorld, “that will last at least 18 months, if not longer.”