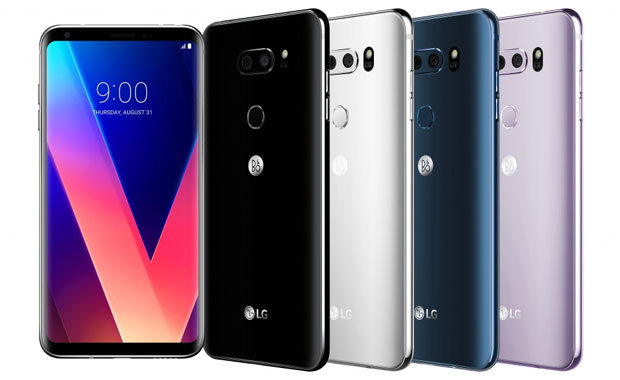 Among the LG V30’s innovations:

The V30 is rated at IP68 water and dust resistance, and it uses Qualcomm Quick Charge 3.0 wireless charging technology. Google Assistant is built in, and it comes in black, silver, blue and violet.

Users can unlock the device through facial or voice recognition, by using its fingerprint reader, or by tapping out a pattern on the screen.

The V30 will be released in late September — first in South Korea, then in the United States and other markets.

Customers who download and install WRKSHP’s Beat Fever game will receive US$100 worth of in-game purchase credit.

The LG V30 will be on par with other premium devices, said Ken Hyers, a research director at Strategy Analytics.

Features That Catch the Eye

“The V30 keeps LG in the high-end smartphone conversation, and in the way that LG chooses to specialize — digital imaging, both for stills and video,” observed Ramon Llamas, a research manager at IDC.

“It’s a smart move, considering how much people use the cameras on their phones these days,” he told TechNewsWorld.

While the V30 “has several features that set it apart from other vendors’ flagships, “one of the most important is that it is the first band 71-capable 600 MHz LTE smartphone, Strategy Analytics’ Hyers told TechNewsWorld.

It will work on T-Mobile USA’s new 600-MHz network being rolled out over the summer, he said.

This is “a big deal for LG since it guarantees the V30 will receive strong promotion from T-Mobile, [which] is the fastest growing network provider in the nation,” Hyers added.

LG “will need all the help it can get promotion-wise for the V30 during the upcoming holiday season, since its announcement is sandwiched between Samsung’s Note8 announcement and the announcement of three new iPhones,” he pointed out.

The V30’s use of internal display technologies “is on par with Samsung’s deployment of OLED displays,” noted Gerrit Schneemann, senior analyst at IHS Markit.

It lets the V30 “take advantage of advanced features like VR and HDR streaming content,” he told TechNewsWorld.

That advantage may be canceled out, however, as wireless carriers throttle content.

High-end devices represented only 23 percent of the 27 million units LG shipped in the first half of 2017, Schneemann noted.

“The V30 is important for LG,” he said, because it could “increase the profitability of LG’s mobile business unit.”

LG “is a solid No. 3 in the United States market behind Samsung and Apple, but “its premium products haven’t fared well against its larger rivals,” Strategy Analytics’ Hyers said. The V30 “may be the best LG smartphone ever … but there are many other great products in the same price range.”