Mars One Could Turn Out to Be Mars Zero 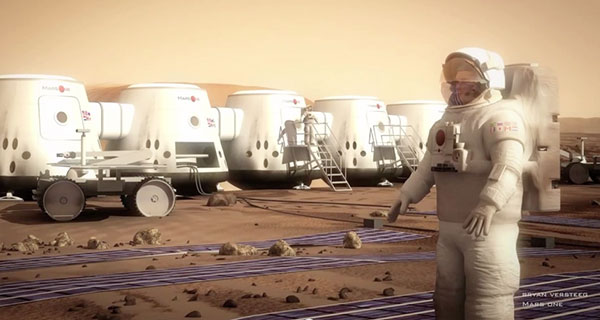 Mars One, a Dutch nonprofit organization aiming to land the first humans on Mars and establish a space colony by 2025, appears to have run into trouble.

Astrophysicist Joseph Roche, one of the 100 shortlisted candidates, was excited about the project until recently.

However, his disposition has soured. At best, things are not quite what they appear to be, according to Roche.

Roche pointed to an assessment of the Mars One mission by a team of MIT students led by Sydney Do, a Ph.D. candidate in aeronautics and astronautics, whose thesis focuses on planetary colonization. The team’s assessment concludes, in essence, that the project is not feasible within its established parameters.

Mars One did not engage with that team, which caused Roche concern.

Further, Mars One claimed to receive applications from 200,000 people, when the actual number was 2,761, he pointed out.

The candidate selection process was not rigorous enough, Roche also said, and rankings were influenced by how much candidates donated to the project.

Candidates were encouraged to donate 75 percent of any fees received for interviews to the organization. Project costs, by Mars One’s own admission, will run into the billions of dollars.

“I think anyone close to the space program knew this was unrealistic,” said Jim McGregor, principal analyst at Tirias Research.

“There are major challenges to colonizing another planet, some of which scientists are still working to overcome,” he told TechNewsWorld, “but the concept is built on a fantasy that many people, including myself, would love to believe in.”

What the MIT Study Found

Mars One’s plan is “infeasible, simply because many of the technologies required for a Mars settlement effort are neither existing, validated, nor available,” Do told TechNewsWorld.

Even if they were available, the one-way missions “make their plan inherently unsustainable,” he said, because they have no end date.

The colonists “will require constant resupply of equipment and spare parts from Earth to keep the life support technologies and their associated infrastructure operating,” Do maintained.

Adding people to the colony indefinitely, as planned, will increase the requirements for technologies and spare parts — and therefore, funding — so Mars One “may be able to get off the ground, but they won’t be able to keep their program running,” Do said.

Mars One Fights Back

For example, candidates’ donations do not influence the astronaut selection process. “There are many that did contribute significantly but were not selected to proceed to the next … round,” she told TechNewsWorld.

The MIT report “was written by a couple of undergraduate students,” Flinkenflӧgel said, adding that the students made “very incorrect assumptions about our mission.”

Mars One “has a good mission design discussed with aerospace companies around the world with decades of experience,” Flinkenflӧgel claimed.

No Tickets to Barsoom Yet

“This was a very creative plan to put people on a one-way mission to Mars, but it appears the numbers just don’t add up,” Rob Enderle, principal analyst at the Enderle Group, told TechNewsWorld.

Mars One is still looking for sponsors and mission partners, its website suggests. In the meantime, it is soliciting donations of US$2 per month or more, and it indicates it has raised nearly $800,000 that way.

It also sells things, ranging from T-shirts (marked down to $25) to stickers to hoodies.

“The only way that Mars One is going to happen is if you have somebody with exceptionally deep pockets to fund it,” said Frost & Sullivan analyst Mike Jude.

“They wanted to fund it with a reality show,” Jude noted, “but how many reality shows do you know that generate $1 billion in revenue?”