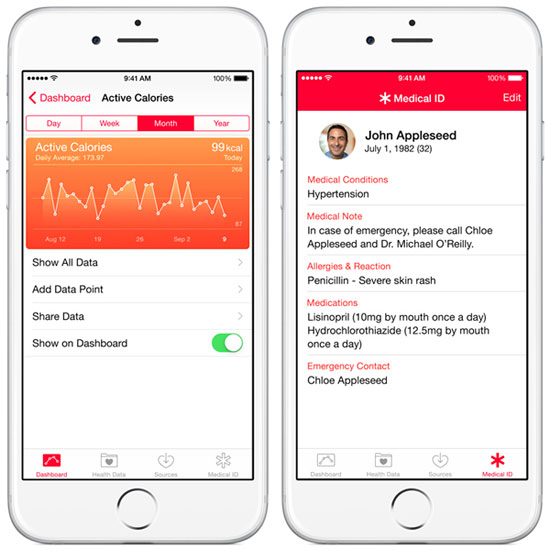 Stanford and Duke Universities will use Apple’s HealthKit in medical trials, according to a Reuters report.

Doctors at Stanford are working with Apple to let physicians track blood sugar levels for children with diabetes, while Duke is developing a pilot program to track blood pressure, weight and other measurements for patients with cancer or heart disease, Reuters said.

The hospitals are expected to roll out the programs in a few weeks.

Apple previously announced that Duke and Stanford would be using the MyChart app from Epic, one of its partners.

Stanford reportedly has selected children with Type 1 diabetes to participate in its initial trial; it hopes to extend the pilot to teens and infants.

Measurements of the children’s glucose levels will be taken using equipment from DexCom, Reuters reported.Those measurements will be transmitted to iPod touch devices sent home with the children for the trial.

Data can be uploaded into Epic’s “MyChart” application, and healthcare providers will be able to access the data through HealthKit.

Duke reportedly is looking into automatic uploading of patient monitoring data to eliminate mistakes made by manual reporting.

Type 1 diabetes projects make up more than 40 percent of the American Diabetes Association’s research, although it accounts for only 5 percent of diabetics.

Formerly known as “juvenile diabetes,” this variant of the disease usually is diagnosed in children and young adults.

The Role of Mobile in Healthcare

The connected health market, based on Parks’ narrow focus encompassing specific health applications and services, “will be US$30 billion in five years in the United States alone,” he said.

Nearly 100 million wearable remote patient monitoring devices will ship over the next five years, ABI Research predicted. A key part of this opportunity is the ability to collect data from a variety of vendor devices and share it securely with a variety of related parties, including patients, healthcare providers and insurance companies.

Apple, Google and Samsung all have begun ramping up their efforts in the market.

The question of what will happen to patients who can’t afford a mobile device will not be an issue, because “the more serious the condition being monitored, the more likely that the device and the service will be provided as part of healthcare provision,” Jonathan Collins, a principal analyst at ABI Research, told TechNewsWorld.

What if the patient has an Android device but the hospital is using iOS apps?

“Health and fitness devices of many types will have to be able to share data with a range of platforms and via a range of devices — either through gateways such as smartphones, or home-dedicated gateways, or directly from the device itself to the healthcare provider,” Collins said.

“I expect HealthKit to connect to Apple iWatch or even iTV in the future — maybe Apple TV as well,” Parks Associates’ Wang remarked.

More than 30 million people’s data has been stolen by hackers so far this year.

The FBI has notified healthcare providers that their security doesn’t match those of the financial and retail sectors, according to the Identity Theft Resource Center.

Apple includes restrictions for devs on its HealthKit Web page.

“Security is paramount” when it comes to healthcare, said Collins — not only in the minds of end users, but also in the eyes of the law.