Microsoft Gets the Jitters Out of Time-Lapse Video 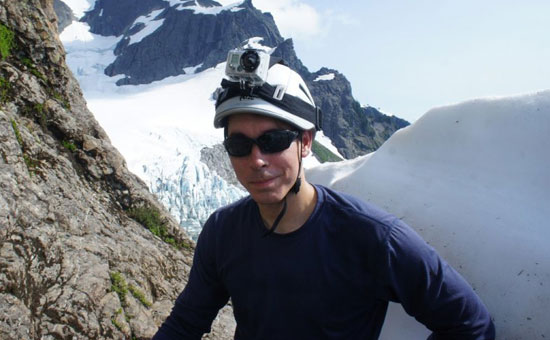 Microsoft has some good news for action-cam fans who like to capture their outdoor adventures in hours of nonstop video. It’s found a way to bring time-lapse photography to first-person video footage.

Called “Hyperlapse,” the technology can shrink hours of video into minutes without the jitter, shake and artifacts previously associated with the time-lapse process.

That can be very useful to first-person camcorder enthusiasts who want to give their friends and relatives the feel of a rock climb, bike trip or other adventure without forcing them to sit through hours of uneventful video punctuated by a highlight or two.

Up to now, applying time-lapse techniques to video has produced very shaky results — as Microsoft researcher Johannes Kopf discovered after he used a GoPro action cam to document a mountain climb in the Cascades.

He found that any attempt at speeding up the five hours of video he’d captured significantly amplified the camera’s slightest movements. It made the footage unwatchable. While existing stabilization techniques worked fine for video shot at normal speed, they failed miserably when video was accelerated for time-lapse effects.

That just wouldn’t do for Kopf, who works at Microsoft Research’s Interactive Visual Media Group. With Michael Cohen and Rick Szeliski, Kopf developed Hyperlapse, which he demonstrated this week at SIGGRAPH 2014 in Vancouver.

The technology controls shake at faster playback speeds by going beyond what’s done by typical stabilization algorithms, which essentially smooth video by cropping out pixels at the edge of a frame.

Hyperlapse smooths video through a complex process of reconstructing camera movement, distance and angle within each frame, and borrowing pixels from multiple frames to further smooth the video.

“When you’re talking about time-lapse video, you absolutely need some kind of smoothing technology; otherwise, the image will be so jerky it will make you ill,” Rob Enderle, principal analyst with the Enderle Group, told TechNewsWorld.

Initially, lots of computing power and hours were needed to shrink video with Hyperlapse. The software first ran on a computer cluster, but the researchers improved the app’s performance so it now can run on an ordinary PC. Some work still needs to be done before the software is ready for prime time, however.

First-person camcorders produced by the likes of GoPro, iON and Contour are a bright spot in a product segment that — like point-and-shoot digital cameras — has been decimated by smartphones. The cameras can be mounted on a head or helmet where they continuously record everything seen by their wearer.

“Capturing first-person video via GoPro is one of the fastest-growing use cases for videography,” Chris Chute, IDC research director for worldwide digital imaging, told TechNewsWorld.

“Consumers, as well as professionals, are able to capture unique perspectives they never could before, all with a relatively inexpensive device,” he continued.

“However, image stabilization, particularly when capturing video, continues to be a challenge, especially with small devices,” Chute acknowledged.

“Hyperlapse, although still in a research phase, is a much-needed technology that when implemented in smartphones and other cameras, can solve many motion-related issues,” he added.

While Hyperlapse was created with action-cam consumers in mind, the tech could have wider applications.

“I think this is an interesting technology which may have applications beyond consumer scenarios, such as training, surveillance, unmanned exploration and film-making,” Rob Sanfilippo, an analyst with Directions On Microsoft, told TechNewsWorld.

There are a number of ways Microsoft could commercialize Hyperlapse. It could license the technology to others — for example, an action-cam maker could bundle it with software for its product — or it could incorporate it into its existing platforms.

“That would mean that people who want to take advantage of it would have to use a Windows PC,” he told TechNewsWorld.

“You can also see implications for Microsoft’s mapping technologies,” Rubin added. “With Hyperlapse, you could do virtual drives from one location to another.”