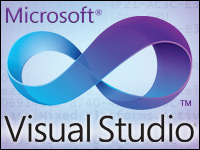 Microsoft will release a beta of Visual Studio 11 on Feb. 29, the same day it releases a preview version of its Windows 8 operating system.

VS 11 is an integrated development environment spanning the entire software creation lifecycle from architecture to code deployment, testing and validation.

The preview can be run in parallel with Visual Studio 2010.

“I think VS 11 adds several useful incremental improvements over VS 2010, which was a substantial, ambitious release,” Rob Sanfilippo, a research vice president at Directions on Microsoft, told TechNewsWorld. “Perhaps most importantly, Windows 8 Metro-style applications will be primarily developed with VS 11, so this is a key release to get the new OS off the ground.”

Developers “have more end to end responsibility for the application throughout the life cycle” because of the need to be more agile with application development and the service orientation of new apps, said Al Hilwa, a research program director at IDC. “Visual Studio 11 delivers features and capabilities to support this model.”

Key Features of VS 11

VS 11 and .NET 4.5, for which developer previews will be installed together, let developers create apps for Windows, Windows Phone and Windows Azure.

VS 11 lets both professional devs and non-professionals, such as business users, create and release apps and services, Microsoft said.

Users can view files in the code editor without opening them. VS 11 also has enhanced multi-monitor support, features a tool window search, and adds async support in C# and Visual Basic.

“The addition of asynchronous support in C# and VB will be very welcome, as this technology has been previewed for over a year and received good feedback,” Directions on Microsoft’s Sanfilippo commented. Also, VS 11 includes several new tools for application lifecycle management and has streamlined user interfaces which “could ease nascent developers into the IDE.”

From the Dev to the Ops

VS 11 includes Server Express, a free feature for individuals and teams of up to five people that lets them get involved in the DevOps cycle. DevOps is a set of principles, methods and practices that lets devs work more closely with IT operations.

However, many current agile development tools are built for Web 2.0 companies, which have “very different requirements” from mainstream enterprises, Sorofman pointed out. “Anything that makes DevOps benefits accessible to enterprises should be well received by the market.”

Server Express is “oriented towards making certain capabilities broadly accessible,” IDC’s Hilwa said. This “will make VS competitive with open source tools in the Java camp, or with platform tools supplied for free.” Express “is essentially a freemium model, where users will purchase licenses as their needs mature and become more sophisticated.”

Learn as You Go

VS 11 has Storyboarding and Feedback Manager features that let devs gather feedback early and often.

This lets dev teams react rapidly to change and lets them capture and trace stakeholder requirements throughout the entire delivery cycle.

VS 11 also will introduce support for teams working together in the DevOps Cycle.

The Possible Impact of VS 11

Server Express may broaden the appeal of small teams, which could be helpful because “developer team collaboration is clearly moving to smaller development shops,” IDC’s Hilwa suggested.

Further, Server Express “may encourage the sort of experimentation that can inculcate DevOps principles into release and deployment practices,” Marketlever’s Sorofman opined.

The prerelease version of VS 11 will expire on June 30, and users will have to install a later version of the software if they want to use it after that.

Microsoft did not respond to requests for comment for this story.