Microsoft Invites Everyone Onto Its Azure Cloud 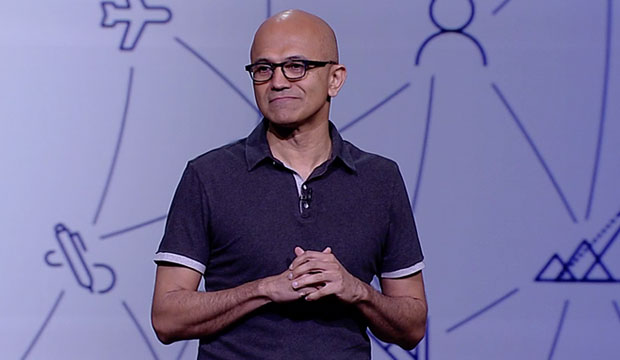 Microsoft CEO Satya Nadella on Monday sounded a call for computing to empower everyone.

“The world is becoming a computer,” Nadella said in the opening keynote address at Build 2018, the company’s premiere event for developers in Seattle.

“Computing is getting embedded in every person, place and thing. That’s the opportunity that we have. It’s in some sense endless,” he added.

“When we talk about this limitless opportunity, it’s not about adding more screens or grabbing more screen time. It’s about truly figuring out how to empower more people and more organizations,” Nadella observed. “We have a real responsibility as we think about the impact of technology to ensure that technology is reaching everyone.”

Computing has undergone a paradigm shift to the intelligent cloud and intelligent edge, paving the way for more ubiquitous computing, according to Nadella.

“The world’s applications going forward need a ubiquitous computing fabric from the cloud to the edge,” he said. “They need a new app model that is distributed, event driven and serverless.”

That’s what Microsoft is building with its Azure products, which include cloud and Internet of Things offerings, Nadella maintained.

“Azure is being built as the world’s computer,” he said.

“Microsoft wants to democratize technology for the masses to get it into the hands of everybody,” Patrick Moorhead, principal analyst at Moor Insights and Strategy, told the E-Commerce Times.

In addition to empowering people, Nadella said, Microsoft is open to partnering with other firms. At the Build event, his team demonstrated how Azure could be used with a Qualcomm camera to monitor industrial systems and send alerts to a central console.

“That’s why a key thing for them is to keep their platform as open and as usable as possible … not only to the developers who know how to do AI, but even for the people who don’t,” he told the E-Commerce Times.

“Too many of these companies are trying to go it alone, and you can’t do that. If you hope to be a player, you need to create the most open platform you can and hope developers choose you,” McGregor maintained. “The easier and more flexible you make your platform, the more allure you’ll have to developers.”

One of the most significant takeaways from the keynote was Microsoft’s willingness to work with the broader ecosystem, McGregor found.

“It’s not just about Microsoft anymore,” he said.

“They made a number of announcements of being able to work with competing platforms, tools and personal assistants,” he told the E-Commerce Times. “They’re telling the world they want to enable whatever’s out there. They want to cross over the technology borders and boundaries that have existed until now.”

Although it’s customary to kick off keynotes at these kinds of conferences by touting new products, Nadella began his talk with a discourse on privacy.

The Ironic Weirdness of Apple and Intel vs. Qualcomm