Microsoft May Have Launched a Band of Gold 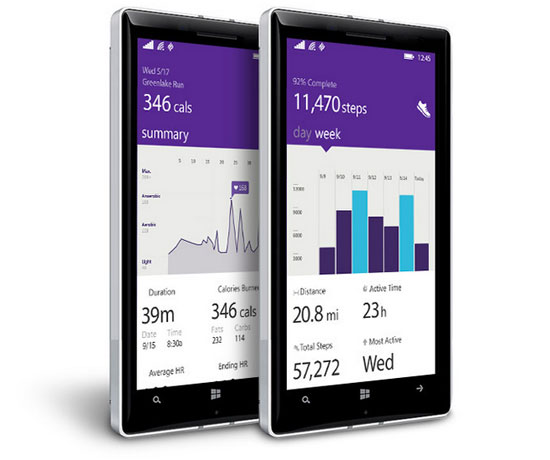 Microsoft on Wednesday made another foray into the mobile health market with the introduction of the Microsoft Band, powered by its new Microsoft Health platform.

The band, which is available at Microsoft Stores for US$200 as of Thursday, is designed to be worn 24 hours a day. It has 10 sensors.

Microsoft Health is a cloud-based platform that stores health and fitness data. Its app, which runs on Android, iOS and Windows Phone, is available now.

The platform combines data from different health and fitness devices in one location, and its Intelligence Engine will crunch the data therein.

“Forget the band, if Microsoft Health can be on millions of iPhones and Android phones,” Wang continued.

A Look at the Band

The Microsoft Band has a 1.4-inch touchscreen with 320×106 pixel resolution.

It ties in to Microsoft’s Cortana intelligent personal assistant.

“Unlike other devices, Microsoft Band includes GPS and satellite tracking,” Susan Schreiner, senior analyst at C4 Trends, told TechNewsWorld. That “makes it great for runners who want to track distance, and it eliminates the need for carrying a cellphone.”

The Microsoft Band “blurs the line between smartphone and activity band with a price point [that’s] in between the two,” Jonathan Collins, a principal researcher at ABI Research, told TechNewsWorld.

There’s a catch — the Band will need recharging after 48 hours of normal use (firing up its GPS feature will suck up power faster), and recharging will take 90 minutes.

That would leave a gap in the data obtained from the wearer, but “a lot of early adopters don’t just have one band,” said Greg Caressi, senior vice president of healthcare and life sciences at Frost & Sullivan.

“Some of my staff have three and wear different ones for different activities, which means all the information is segmented,” he told TechNewsWorld.

That’s where the Health platform comes in, because it brings all the data from the different devices together, Caressi said.

“This new mobile computing platform ties together some of the key assets that Microsoft has invested, and having a successful presence in the wearable market has strategic value to Microsoft,” Wang said.

The Microsoft Health app and the band “will help drive Windows Phone’s growth, or at least keep it on par with the competition,” Wang said. It also will let Microsoft leverage the cloud service and big data assets it’s built, and give the Cortana AI a boost.

“The big weakness we have in healthcare is integrating data into hospital systems,” Caressi said. “Fitbit has millions of users, but its data stays separate from other applications. Bringing all the information into one platform is a big deal, and most healthcare providers either can’t integrate this information, or they’re building a platform to do it because there isn’t a solution out there.”

Can Microsoft Make the Cut?

There are “hundreds of fitness bands out there,” Wang said. The fitness-band-and-smartwatch market will exceed 190 million units worldwide by 2018, up from the 20 million recorded in 2013, so “it’s a high-growth market.”

In the end, the devices will be commoditized, Caressi said. The Health platform gives Microsoft an advantage over platforms from Samsung and Apple, which are OS-specific, because hospitals, companies or payers that want to give health apps to members, patients or employees will not want to buy the phones.

Microsoft has the experience in the health arena, but “its success will be based on its ability to get across both its feature set and its ability to work with other vendors’ phones,” Collins opined.

“I am cautiously pessimistic,” said Wang, “but smart marketing and a truly amazing user experience may create a miracle.”