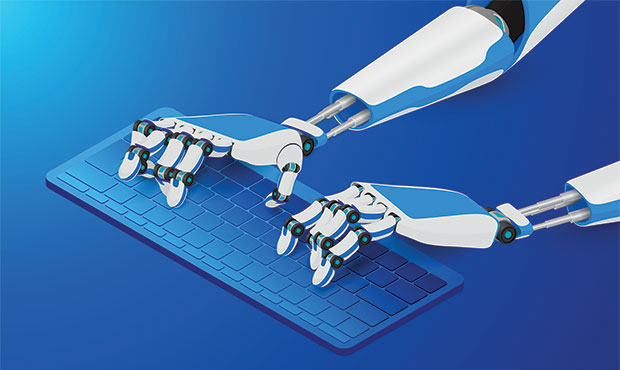 Some 50 editors working for MSN, Microsoft’s news operation, have learned their contracts won’t be renewed and their jobs will be performed by artificial intelligence software, according to multiple news reports.

The contractors hired through staffing agencies Aquent, IFG and MAQ Consulting were notified May 27 that their services would not be needed beyond June 30, The Seattle Times reported last week.

There was no mention of artificial intelligence in a statement provided to TechNewsWorld by company rep Tayor Jerue.

“Like all companies, we evaluate our business on a regular basis,” Microsoft stated. “This can result in increased investment in some places and, from time to time, re-deployment in others. These decisions are not the result of the current pandemic.”

All full-time news producers working at MSN, whose duties are similar to those of the contractors, will remain with the company, the Times reported.

MSN will use AI to do the jobs of the editors, which include identifying trending news stories, rewriting headlines, and adding photos and slideshows to stories, the paper said, citing anonymous sources.

“What Microsoft is doing doesn’t sound that different from what Google News does,” said Dan Kennedy, professor in the School of Journalism at Northeastern University in Boston.

“The human editors at Microsoft were doing what Google News has been doing automatically for years,” he told TechNewsWorld, “which is aggregating stories into a page of news.”

There have been efforts to use AI to take over some functions of journalism for quite a few years, but they haven’t been all that successful so far, Kennedy noted.

The Associated Press, for example, uses software to generate coverage of quarterly earnings reports for about 3,700 companies. In that case, though, the AP is using AI to broaden its coverage, since it doesn’t have the resources to cover the earnings reports of so many companies.

One experimental approach was to have stringers feed data about local sports events into a program that then writes a story about the event.

“It’s very limited, and the stories are kind of weird and boring,” Kennedy said. “There is no substitute for the judgment of a good human editor.”

Machine-written stories may not be a good idea from a journalist’s point of view, but media owners bent on reducing payroll may have a different perspective.

“It’s one thing when Google or Microsoft does something in this area, because you don’t think of them as news companies — but if this is successful, it could bleed over into real news companies,” Kennedy said.

“That will mean not only fewer jobs for journalists, but a diminished editorial product,” he pointed out, “because you’re eliminating a layer of human judgment.”

However, journalists shouldn’t be threatened by AI in the near term, said Kennedy.

“The technology isn’t good enough, yet — but that could change,” he continued. “I suppose it’s going to get better, and at some point it will present a real threat to not only jobs but the whole philosophy of having human editorial judgment applied to journalism.”

Anyone who has had a post deleted by Facebook knows the pitfalls of using algorithms to make editorial judgments, Kennedy added. “You can’t argue with them. You can’t reason with them. You can’t get them to change their mind. The fewer humans you have in the process, the more diminished the journalism is.”

“Once it’s discovered how the AI is writing a story, it can be manipulated to hide data or omit it,” he told TechNewsWorld.

One area where AI is a journalist’s friend, though, is in processing massive amounts of data. “AI is good at hunting and finding data in databases,” Ostendorf said.

If AI makes any inroads in journalism, it’s likely to be with large news outfits with deep pockets.

“Ninety percent of newspapers don’t even have the resources to do an infographic, so AI is going to be out of their reach,” Ostendorf noted.

It’s common when selling change to the rank and file of an organization to sell it as a way to help employees do a better job. That’s the case with AI for journalists, too. It’s supposed to free them up to do more high-value stories.

“Developers may genuinely believe their software is going to make a person’s job better,” Ostendorf said, “but for management it’s usually about reducing headcount, not making anyone’s job better.”

AI performs many journalistic tasks that would go undone without it, such as writing thousands of earnings reports, wrote business journalist Mikael Trnwall in a report prepared for multinational networking and telecommunications company Ericsson, based in Sweden.

“Yet it would be naive to believe that media companies will not also use technology to cut costs by reducing staff,” he wrote. “In this sense, artificial intelligence is both an opportunity for journalism and a threat to journalists.”

As part of the report, a survey was conducted by Kantar SIFO of more than 4,000 people in Sweden, South Korea, Brazil, and the United States about AI and journalism. Of the four nations, U.S. citizens were the most skeptical of AI.

Asked if algorithms would be choosing all or some of the news they consumed in the future, 83 percent of South Koreans said yes, followed by 72 percent of Brazilians, 49 percent of Swedes and 46 percent of Americans.

The survey group also was asked if software would write articles in place of journalists. Eighty-one percent of Koreans believed machines would be writing news stories for them in the future, followed by 63 percent of Brazilians, 53 percent of Swedes, and 47 percent of Americans.