Microsoft Sees 3D Future for Everyone 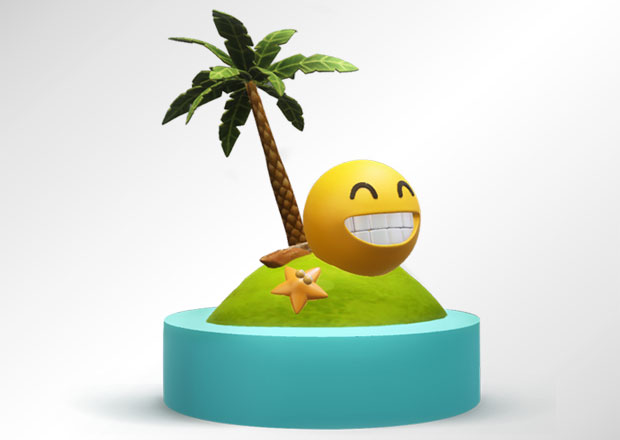 Microsoft last week unveiled its new vision for bringing 3D to the masses through a modernized version of its Paint application for Windows 10. Paint 3D will be available in the Windows 10 Creators Update.

Anyone who would like to start creating and sharing in Paint 3D can do so by joining the Windows Insider Program — available for PC and Phone — the company said.

To date, most computer users have been limited to a two-dimensional canvas, even though we live in a multidimensional world, noted Megan Saunders, general manager for the Windows Experience Group.

3D could improve the communication of ideas, and even accelerate comprehension, because objects that are three-dimensional better represent the world, she pointed out. For individuals trained in sophisticated CAD or design programs, 3D Paint thus could be a valuable tool for expression.

Lowing the Barrier to Entry

Microsoft could face established 3D modeling software tools such as SolidWorks, AutoCAD and Rhino3D as it enters the 3D design space. However, Microsoft Paint for Windows never was a serious competitor to Adobe’s Photoshop.

“Like its predecessor versions, Paint 3D is very much an entry-level product,” said Charles King, principal analyst at Pund-IT.

“To my mind, its purpose is to familiarize consumers, especially youngsters, with 3D technologies and help them become more comfortable using those tools,” he told TechNewsWorld.

“In that sense, it’s very much a forward-facing solution with the goal of democratizing and growing demand for 3D technologies organically,” King added. “That’s more or less opposite from the approaches we’ve seen other 3D vendors pursue to date.”

Although Paint 3D can not boast the most advanced tools, it might allow users to do more with ordinary desktop computers and mobile devices.

“What is different is that we are beginning to have the raw computing power to turn the vision into reality,” observed Roger Entner, principal analyst at Recon Analytics.

The field is still in its early stages, but the “enthusiasts and bleeding edge users” who experiment with the new products will “give us a glimpse of what — in an improved version — will become commonplace in one or two upgrade cycles,” Entner told TechNewsWorld.

Still, “the biggest barrier to past and even many current 3D products is that they fit into the class of ‘solutions looking for a problem,'” noted Pund-IT’s King.

“For most consumers, 3D printers and the like qualify as overpriced luxury items that gather dust after the first few times they’re operated,” he pointed out.

Although many products and software solutions proclaim with some justification that the future is now, the future still could be somewhere down the line in the case of 3D.

“Microsoft is right, that 3D will become the expectation at some point,” Endpoint Technologies Associates’ Kay told TechNewsWorld.

“As far as the particular tool and how many people will adopt it as a regular part of their regimen, it’s hard to say,” he added.

There could be creative niches that will adopt it deeply — but not everyone is an artist Kay noted.”It’s still early days yet, and a lot of people will check it out and play with it but not adopt it for everyday use.”

Just as there are levels of graphical design tools — from InDesign to Photoshop for professionals and enthusiasts to Paint for casual users — there may be multiple levels for 3D.

“There are certainly industrial use cases for 3D modeling and printing, but those are different classes of devices and users,” said Kay.

“Consumer 3D tech will inevitably come down in price, and Microsoft Paint 3D appears to be aiming for that next generation of solutions and customers,” he noted. “If the company succeeds, it could help spark significant demand for a wide range of 3D products and applications.”

3D design and printing could be just one part of it — Microsoft could be thinking of how 3D technology could be integrated with other future-tech solutions as well.

The products that will open “the real consumer frontier are VR platforms for consoles,” said Recon Analytics’ Entner. “As we have no new consoles on the horizon, gamers will spend the $300 on VR for a Sony PlayStation for Christmas instead of a new console. This will drive adoption and drive us forward.”