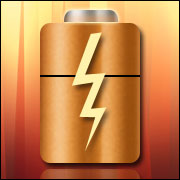 Researchers at the University of Illinois at Urbana-Champaign have developed a super-dense battery that measures only a few millimeters, but can both store and release a lot of power, resolving a problem that has long plagued consumers and electronics manufacturers. 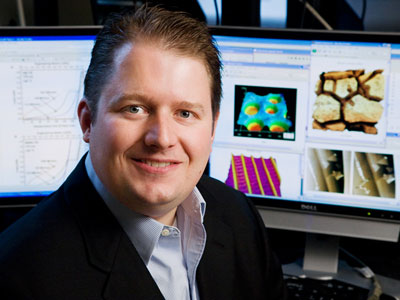 William King of the Univ. of Illinoisat Urbana-Champaign

Capacitors can release power very quickly but can’t store much. Fuel cells and batteries can store power, but release it slowly and take a long time to recharge. The microbattery developed by the team — led by William King, Bliss professor of mechanical science and engineering — can store a lot of power, discharge it quickly and can be rapidly recharged.

The possible uses of the new technology include near-instantaneous recharging of mobile phones, and devices that are 30 times smaller than currently offered. The batteries could recharge 1,000 times faster than existing technologies, The researchers said there is even enough charge in their microbatteries to jump-start a dead car battery, and can then accept a full recharge moments later.

The research was published in the April 16 issue of Nature Communications.

“The active battery material has a thickness of a few nanometers,” King told TechNewsWorld.

“Advancements in battery technology are critical, especially as we face challenges in continuing Moore’s Law in silicon and other parts of the system, such as the displays, consume more of the overall energy budget for mobile devices,” said Jim McGregor, principal analyst at Tirias Research. “We cannot continue to improve performance while reducing power, [and] battery improvements will help offset these challenges while also enabling new form factors such as wearable electronics.”

About the Mighty, Mighty Microbattery

King’s team created lithium-ion microbatteries with power densities that exceed those of the best supercapacitors and are 2,000 times higher than other batteries, said team member James Pikul, a graduate student who developed the microbattery design. Paul published his finding in a paper presented at the IEEE 26th International Conference on Micro Electro Mechanical Systems (MEMS) in January.

The team based its work on previous research by another team at the university led by Paul Braun, which developed the 3D nanostructure used back in 2011.

Braun’s team coated a surface with tiny spheres, packed them tightly together to form a lattice, then poured liquefied lithium-magnesium-oxide over it. That dissolved the spheres and left a porous, spongelike 3D metal scaffolding. The researchers then used electropolishing to etch away the scaffold’s surface, enlarging the pores to create an open framework. This framework was then coated with a thin film of active material.

The result was a cathode. King’s researchers created a matching matrix for an anode, using nickel-tin, and developed a way to integrate both the anode and the cathode at the microscale. That kind of microscale integration “is used extensively for displays and televisions, but is something new for batteries,” King said.

The anode and the cathode were fabricated into interdigitated electrodes, which increased their surface area while shrinking the distance that ions flow between them, he said. The electrodes “have a continuous pore network” with a diameter of about 100 nanometers. They are formed into fingers about 20 micrometers in size and spacing. The micrometer-scale design of the electrodes and the integration of the anode and cathode give the microbattery its high power density. 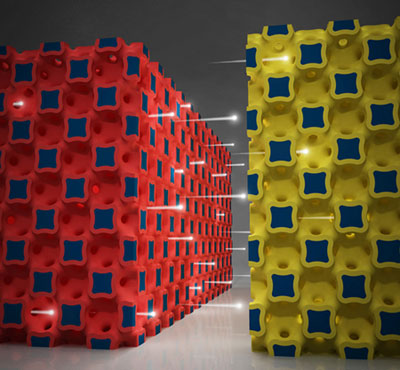 Ion Flow Between Microelectrodes in New Microbattery Technology From Univ. of Illinois at Urbana-Champaign

The processes used are “similar to those used at large scale in industry,” King noted.

The microbattery developed by King’s team “is good but not a game changer,” McGregor told TechNewsWorld. “Lithium-ion batteries are still subject to thermal runaway issues during charging. We need a better and safer technology.” Thermal runaway refers to overheating problems with batteries.

“Battery technology has lagged due to limits in materials and chemical technology,” he said.

Silver-zinc batteries “have been a viable and safer option to lithium-ion for years, but they do not have the investment,” McGregor added. “Any improvement requires massive investment for production.”

The microbattery research was supported by the U.S. National Science Foundation and the U.S. Air Force Office of Scientific Research.

Some additional progress on battery technology may come from an Air Force Office of Scientific Research next-generation project.

Research and education on advanced batteries for transportation is one of the areas in which grants are offered by the NSF’s Energy for Sustainability program.