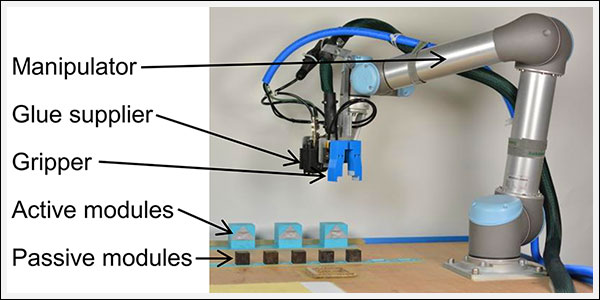 A “mother” robot has demonstrated natural selection and the process of evolution in action, according to researchers from the University of Cambridge, who recently published their findings in PLOS One.

Scientists typically have to go back in time to study evolution — it’s rarely observable over the course of a human lifetime. However, for robots and artificial intelligence, it’s a different story.

The 2 Faces of Evolutionary Robotics

The nascent field of evolutionary robotics has two faces, and one of them helps scientists better understand evolution, said Lead Researcher Fumiya Iida of Cambridge’s Department of Engineering, who worked in collaboration with researchers at ETH Zurich on the project.

“We are able to learn much more about the nature of evolutionary processes by building it rather than only by observing it,” Iida told TechNewsWorld. “Ultimately, we are able to construct theories for evolution as it could be, which would be much broader and more comprehensive than biological evolutionary theory.”

“In particular, we are interested in the aspect of creativity in evolutionary process — as the natural selection created countless different animal designs — and we are hoping to make our robots more creative than those conventional ones in the factories, which only repeat what were programmed by human designers,” Iida said.

The researchers built a “mother” robot that was capable of manufacturing offspring. The mama bot tested each of its offspring to isolate the strongest of the litter and then passed down its favorable traits to the next generation.

In each of five experiments — humans were hands off — the mother robot produced 10 generations of 10 offspring, which consisted of little plastic cubes with motors inside of them. The mother was programmed to use benchmarks such as speed and size to inform the design of the next generation of baby cubes.

Each cube had an individual skill set — that is, one to five variable genes — which were coded into the mother. The variability allowed the genes to mimic the natural mutations of their organic analogs.

Essentially, the research team observed a robot that learned to evolve similarly to organisms in the natural world.

With drones filling the skies and driverless cars hitting the roads, robots that can improve on themselves autonomously could serve as a multiplier to human ingenuity.

The Evolution of Robotics Research

The methodology of robotics research over the last half century of so has gone through an evolution of its own, of sorts, with scientists trying out several approaches before settling on the one that seemed the fittest to move forward.

Back in the 1960s and 1970s, researchers generally took a top-down approach that was characterized as hierarchical and loosely coupled, according to Wendell Chun, principal analyst with Tractica. That approach produced mixed results, but ultimately was not robust enough.

In the 1980s and 1990s, the robotics community took a bottom-up approach that focused on behaviors — an approach that also was limiting, he told TechNewsWorld.

“In the 2000s, researchers took a different approach that reflected biological avenues such as genetic algorithms and neural networks. These two techniques, plus learning, can be found in humans and is the basis of evolutionary robotics,” Chun said.

Genetic algorithms have the potential to be extremely fast and reach the right answer most of the time, he pointed out.

Neural networks, which can be scaled up and built out in parallel, can speed up the process of thinking — but they require training. However, learning is especially promising in addressing the complexities of the real world, Chun explained.

“Evolutionary intelligence techniques are not silver bullets in themselves to [realize] the vision of achieving autonomy and eventually artificial intelligence,” said Chun. “However, taken together with other related search tools, such as planning and inference, we can progress toward what the community calls ‘Strong AI.’ Evolutionary robotics is progressing, and would benefit from all of this class of research.”

The Beginning of Superintelligence?

Recent efforts to develop artificial intelligence that mimics the human mind have made the likes of Elon Musk and Stephen Hawking uncomfortable, but it isn’t clear r that a digital system could fully replace the human brain or another complex biological entity, Chun said.

The question of rogue, rapidly replicating AI and robotics concerns many people, Iida acknowledged, but his team isn’t quite ready to address that question.

“Our robots, at the moment, are extremely primitive — they are probably not even as creative as a small child,” he said, “and I don’t think anything significant will happen in the next five or 10 years. Having said that, there are of course many uncertainties, some of which might lead this to harmful technologies, as is always the case with any of those big technologies.”

The prudent approach when facing such uncertainty should be to perform proper engineering, in which each step is detailed in order to make the best determination on whether the tech is harmful or beneficial, Iida said. “Personally, our technology will be more latter than former.”