New HP Folio Aims to Get Businesses On Board With Ultrabooks 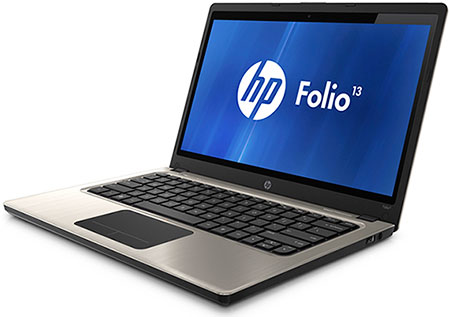 HP on Wednesday announced its first ultrabook for the business sector, as well as new additions to its Envy and Pavilion notebook lines.

The ultrabook, called the “HP Folio 13,” claims up to nine hours of battery life, the longest on the market.

What’s in the Folio

In addition to Intel Rapid Start Technology, the Folio 13 will have HP CoolSense technology so it will run cooler. It will also have an HP ImagePad for multitouch gesture support.

Other features include an HP TrueVision HD webcam and Dolby Advanced Audio.

One ultrabook in the Folio 13 family will have a Trusted Platform Module (TPM) embedded security chip, which will protect data in email as well as on the hard drive. This version is scheduled for availability in January.

HP is aiming the Folio 13 at the 13.3-inch MacBook Air, pointing out that the ultrabook, priced at $900, is $400 cheaper than the larger MacBook Air model.

“HP have an interesting spin on the product in that they’re focusing on business users with their offering, whereas most people focus on consumers,” Rob Enderle, principal analyst at the Enderle Group, told TechNewsWorld.

“HP’s always been strong in business, so this is playing to HP’s strength as against Apple’s strength, which has always been in consumer goods,” Enderle added.

However, don’t expect overnight success against the MacBook Air.

“I do applaud what HP did on the Folio 13, but it’s going to take some time to compete against the MacBook Air, which clearly is a very powerful platform,” Brian Marshall, an analyst at the ISI Group, told TechNewsWorld.

HP’s Ultrabook vs. the MacBook Air

The Folio’s specs do not line up perfectly with the MacBook Air, however.

HP isn’t the first vendor to crack the sub-$1,000 price level for its ultrabook.

That honor belongs to Acer, with its S3 Ultrabook, which was unveiled in September. 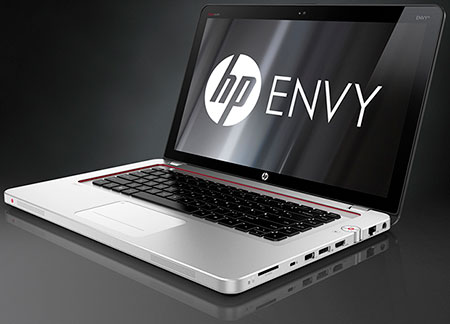 The Envy notebooks feature a new HP Radiance backlit keyboard and have six speakers as well as a subwoofer. Buyers can opt for Intel Quad Core and AMD Mobility Radeon HD graphic processors.