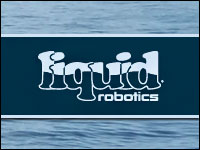 Ocean data services provider Liquid Robotics on Monday announced the latest addition to its Wave Glider SV line, which it claims is the world’s first unmanned oceangoing family of robot vessels that are both wave and solar-powered. 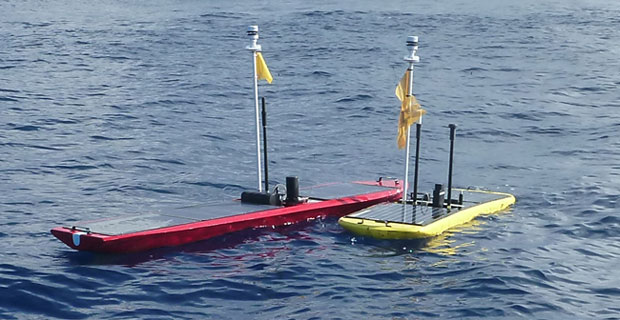 The Wave Glider SV3 is a slightly larger update to its predecessor, the SV2, which has logged 300,000 miles on the world’s oceans in all weather conditions. Those miles included more than 9,000 in a trip from California to Australia that may have set a Guinness record for the longest distance traveled by a robot.

New features in the SV3 include adaptable power and storage, and a new, adaptable operating system designed for intelligent autonomy. The SV3 has powerful onboard computing capabilities for local processing at sea, with the ability to transmit answers instead of raw data. The robot can also download a new application while at sea.

Wave Gliders are used in military, defense and policing applications, by the oil and gas industry, and in a variety of scientific applications, David Bailard, a Liquid Robotics vice president, told TechNewsWorld.

“This is an advancement in power generation,” said Rob Enderle, principal analyst at the Enderle Group. “These things spend much of their time well away from shore and traveling long distances, often under overcast skies, making solar power alone unreliable. So they use wave motion kinetic generation to supplement solar power.”

Wave Gliders consist of two parts, a float that travels on the ocean’s surface, moving up and down with the waves, and a submarine glider with wings that travels in the relatively still water below the surface. The two are connected by a 6-meter-long umbilical communication cord.

The separation between the two lets the robot leverage the kinetic motion of waves, which it transforms directly into forward thrust.

The float, and many of the submerged components, are made from marine steel alloys. Titanium is used where additional strength, weight or corrosion resistance is needed. The umbilical connector is highly engineered and is proprietary, Bailard said.

Wave Gliders are designed to endure up to a year at sea while continuously processing and transmitting data.

Solar power is used for computing, sensing, navigation and communications.

The SV3 stores solar energy on a 980 Wh lithium-ion rechargeable battery that can be expanded in 980 Wh increments up to 7.84 kWh, Bailard noted. That electrical power is used to operate the onboard navigation and control electronics, the sensors, and the communications equipment.

The SV3 also has an electrically powered propeller that is activated for extra propulsion in extreme ocean conditions.

Wave Gliders can operate autonomously, but they can also be redirected at any time from virtually any secure Internet-connected device.

The robot also uses the Regulus Advanced Vehicle Operating System, which enables coordinated fleet operations. This is designed around an open, cloud-based architecture for high availability, scalability and secure multi-tenancy. It can dynamically download software changes or new applications to reconfigure a mission at sea.

All data on the Wave Glider is encrypted at rest and in communication, Bailard said. Specific protocols depend on who the customer is and what communications options are available to them.

The SV series’ technology “means the robot can go farther and operate longer unattended,” Enderle told TechNewsWorld. “This makes it both cheaper and more capable — an enviable combination.”