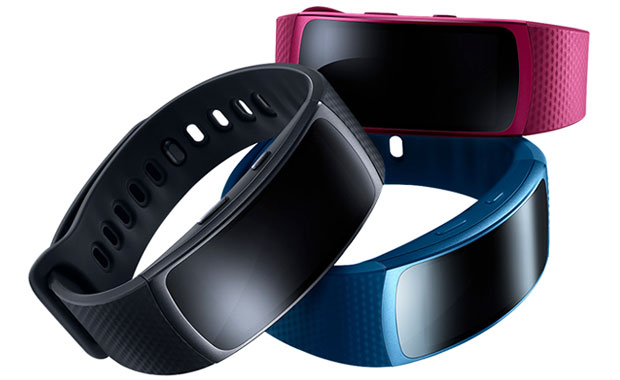 Samsung last week unveiled its Gear Fit2 fitness band and Gear IconX earbud set. The Gear Fit2 will be available for US$180 this Friday at major retailers. The IconX will hit shelves in the third quarter of this year.

The Gear Fit2 has a built-in GPS and a heart rate monitor. The Gear IconX is a pair of Bluetooth earbuds that can track fitness information and provide users with feedback on their exercise performance.

Both offer access to music — the Gear Fit2 has a standalone music player while the IconX earbuds have internal storage for up to 1,000 MP3s. Both use Bluetooth.

“With the Gear Fit2 and IconX, Samsung’s eliminating the need to have a separate fitness tracker and iPod,” noted Ramon Llamas, a research manager at IDC.

“It’s on to something here. Sure, music isn’t health and fitness per se, but people listen to music when they exercise, so it makes sense,” he told TechNewsWorld.

Up Close With the Gear Fit2

In addition to the GPS and heart rate monitor, the Gear Fit2 has an Auto Activity Tracking feature that eliminates the need for manual activation.

Users can transfer fitness data to Samsung’s S Health and other fitness applications. Other features include notifications for calls, SMS, email, applications and scheduling.

It runs Samsung’s Tizen OS and is compatible with Android 4.4.

“The deployment of smartphones running Android KitKat (4.4.2) around the world is extremely high, and Samsung wants to be on as many smartphones as they can,” Llamas suggested. “Also, Android 4.4 is the minimum level of Android OS that can handle Samsung S.”

Major tech companies including Samsung “realize that your devices and solutions need to play across platforms in order to get the reach needed for critical mass,” said Cliff Raskind, a senior research director at Strategy Analytics.

The Gear Fit2’s $180 price tag for a device with a heart rate monitor, GPS and music storage makes it a good value proposition, Llamas observed.

However, “a lot of people will fall into the mistake of thinking that because this is a Samsung product, they’ll also need a Samsung smartphone, and those who don’t have one might stay away,” he pointed out. Llamas also questioned why iOS compatibility is not offered.

Listen Up With the IconX

The IconX Bluetooth 4.1 earbuds come with three different sizes of eartips and wingtips. The buds are activated when placed in a user’s ears. Users tap or swipe the earbuds to control the music played. 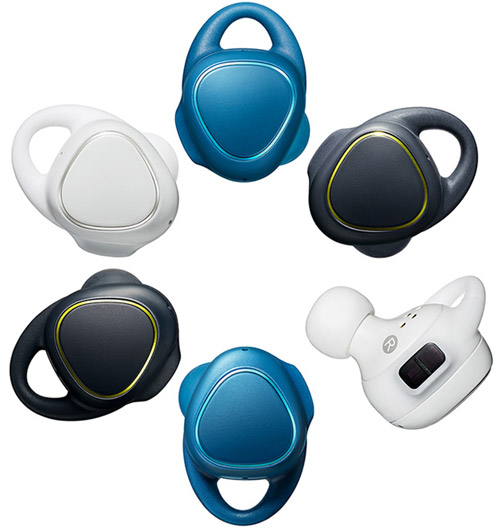 They sync with S Health, and include a Voice Guide feature available in 15 languages. They include a built-in accelerometer and heart rate monitor, and they have capacitive touch functionality. Each earbud weighs 6.3 gm. They are splash resistant.

The earbuds are compatible with Android 4.4 and have 4 GB of RAM. Each has two microphones.

“IconX and, more broadly, hearables are an exciting and rapidly emerging new class of wearable devices,” Strategy Analytics’ Raskind told TechNewsWorld. “When we ask fitness enthusiasts what they would want to bring with them on a workout if they could leave their smartphone at home, music is, hands down, the most requested feature.”

However, “how do you navigate through 1,000 MP3 files on the earbuds?” wondered IDC’s Llamas. “There’s no screen.”

Where the Market Is Headed

“Samsung has a history of quickly bringing technologies into its products ahead of the mainstream market” observed Jonathan Collins, a research director at ABI Research.

“Wireless earbuds are the latest in a long line of its efforts,” he told TechNewsWorld, noting that Apple is rumored to be working on its own wireless earbuds.

Depending on Samsung’s execution, Collins said, the IconX “should kickstart the potential for these devices significantly.”