Nokia might be planning a shift away from its Windows Phone base in future smartphones — even as the mobile phone unit of the business heads to Microsoft. 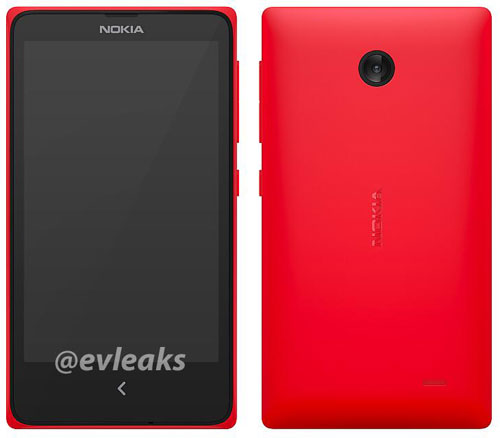 Nokia reportedly is testing the device with a forked version of Android that doesn’t skew to Google’s version of the operating system — much like Amazon has customized the OS for its Kindle Fire tablets. However, Normandy will support Android apps including Skype.

“The low-cost smartphone is the growing volume segment market in both emerging and developing markets,” Jim McGregor, principal analyst at Tirias Research, told TechNewsWorld. “[Nokia] would have a better chance with Android because of the larger app base, but it’s a critical part of the market that no handset vendor can afford to ignore.”

A leaked image of the handset appeared on the Twitter account @evleaks last month, depicting a device that has a similar appearance to Nokia’s Lumia line, but without any physical buttons. Normandy reportedly is envisioned as an equivalent to — or replacement for — Nokia’s Asha line as it bids for success in the low-end market.

Those who were working on the Normandy project apparently were told the device was on track for release next year.

“Nokia is working closely with Microsoft, and they have been fairly successful at building the Windows Phone [devices],” telecom analyst Jeff Kagan told TechNewsWorld, “but Nokia is not limited to working with Microsoft. Not yet anyway.”

“It would be a concerning development for Microsoft, because Microsoft is looking for increasing market share of Windows Phone,” Carl Howe, vice president of data sciences research at the Yankee Group, told TechNewsWorld.

“I don’t think Nokia Android phones count, whether they’re owned by Nokia or Microsoft. I think that would be problematic in terms of their competition for market share,” he observed.

“[Android is] an inexpensive platform and one that’s pretty well-known. It has the advantage of having a pretty big app store. Despite Microsoft’s claims, Microsoft World still doesn’t have a big portfolio,” said Howe.

If Nokia doesn’t bring the phone to market before the Microsoft deal is final, there is always the chance that Microsoft might cancel the project. The company is in the midst of buying Nokia’s handset wing and a 10-year license for Nokia’s patents for US$7.2 billion. The European Commission approved the deal last week.

Meanwhile, Microsoft reportedly is planning to offer its mobile operating systems — Windows Phone and Windows RT — for free. That could be its next move in its battle against the proliferation of Android, the open source OS Google provides to manufacturers for free.

Since Nokia makes up the bulk of shipped Microsoft-powered handsets, Microsoft’s acquisition of the handset business will wipe out any licensing fees anyway. Microsoft may instead look at an ad-supported model for its mobile operating systems while pushing consumers to sign up for premium products like Skype or SkyDrive.

Whether such a move will allow Microsoft to make gains on Android is questionable.

“They are chasing competitors and a market that already had critical mass. They should have given the OS away several years ago when they had the opportunity,” he maintained.

“In reality, they’ve been giving those away for free anyway,” the Yankee Group’s Howe said. “They might have licensing costs, but at the same time they’re providing marketing incentives to the OEMs, which coincidentally match or exceed the licensing costs. It may be a zero-price license, but it’s still a licensed product.”