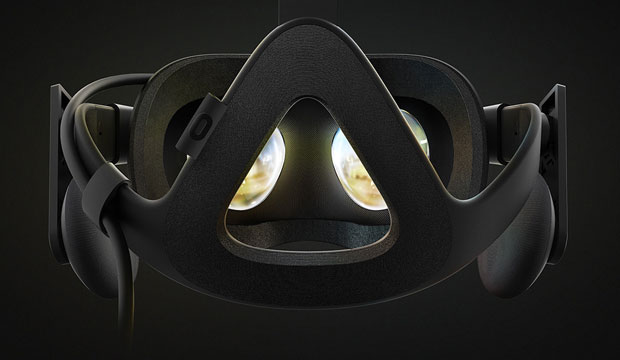 The first reviews of theOculus Rift surfaced Monday, and reviewers praised the potential of the virtual reality system while pointing out some obvious concerns.

The headset display is well-crafted and durable, but drawbacks include the cost — US$600 — and the fact that it requires a powerful gaming system to run it, according to some reviews.

“Just as with every new technological milestone, it has the potential to change the world. But at this early stage, only a few can afford it,” Devindra Hardawar wrote forEngadget.

The cost will come down and the quality will improve, but one overarching issue may remain for the foreseeable future: the fact that VR requires bulky hardware.

“When you first put on a Rift, you are all too aware of the headset. It’s somewhat comfortable, but the way it envelopes your head can make it feel like a helmet,”Gamespot’s Peter Brown noted.

Gameplay on the Oculus Rift

The games are simple, yet far from being just proof of concept,Gizmodo’s Mario Aguilar said. While unimpressed by the early development builds of the system and its games, he said he found himself being sucked in by the first wave of titles for the finished hardware.

Not every VR game is going to be an instant hit, Gamespot’s Brown said, noting that EVE: Valkyrie is littered with microtransactions that detract from its initial appeal, while Lucky’s Tale unnecessarily pads out levels.

“These issues can’t take away from the fact that Rift delivers on its promise to enable more immersive and personal gaming experiences than we’ve ever seen before, Brown noted.

The Oculus Rift shipped with its headset and a single Xbox controller, while a motion-supported controller is still in the works.

An upgrade may be in order for a fully immersive experience, according to Rob Enderle, principal analyst at the Enderle Group.

“It plays best with two external cameras and two VR controllers. It ships with one external camera and an Xbox controller, which cripples the experience,” he told TechNewsWorld. “This will get fixed later in the year with a more expensive version.”

The greater issue is that the Oculus Rift is a young system, so its developers have little in the way of data on what folks will do with it and how best to use it, suggested Enderle.

Another common complaint is that gamers are very much tethered to the computer, limiting the VR experience.

“Once this connects with gaming stations designed for it and with 2D treadmills, this will likely change,” added Enderle.

“Folks are also recognizing that the idea of being able to actually integrate the room, like with Microsoft’s HoloLens, might be a really good idea now,” Enderle noted.

“You have to realize that the ecosystem hasn’t yet come up around this product, so it is best for those that like being on the cutting edge and are willing to do a little experimentation and troubleshooting,” he added.

Oculus Rift started out with a Kickstarter campaign, but it took investment by Facebook to make it a reality. That gives the system an advantage, according to Roger Kay, principal analyst atEndpoint Technologies Associates.

“Rift is out in front of the pack; it’s the one to beat,” he told TechNewsWorld.

“Remember, Oculus is one of Mark Zuckerberg’s big bets, and he paid $2 billion for a company with no revenue,” Kay said.

That means that there could be a big hurdle to immediate adoption.

“Leading-edge segments, like gamers, are ready to accept this level of involvement/commitment, and there will be others over time,” Kay said.

Future applications could include real estate sales or, as Volvo and Microsoft hope, auto room sales; it also could lead to personal videoconferencing and, of course, entertainment.

“Augmented reality, by contrast, has an immediate and easy-to-adopt benefit: overlay on your physical world,” Kay suggested.

“Anyone can use that, so augmented reality [could] be more widespread than virtual reality in the initial market development,” he noted. However, “Oculus has set the VR market pace with the now-available Rift.”