Podcasting for Fun and Profit 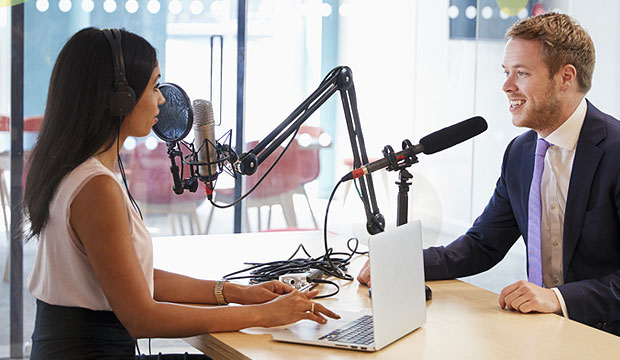 This story was originally published on the E-Commerce Times on Feb. 2, 2018, and is brought to you today as part of our Best of ECT News series.

User engagement with podcasts has been steadily increasing, and many listeners actually prefer longer-format content, based on results of Apple’s Podcast Analytics reported this week. The service, which Apple launched late last year, gives podcasters a way to track performance metrics including number of listeners, total time listened and time per device.

The audience for podcasts has increased as content has become more specialized in nature, the analytics show. Listeners engage with podcasts for much longer periods than with other types of online content, which tends to be shorter.

Podcasts have been around for nearly 15 years. Originally they were radio-like programming that could be downloaded for later playback on Apple’s iPod. Today listeners can access podcasts on a plethora of devices.

The popularity of podcasts in a way mirrors the adoption of radio in the 1920s, as it took time for enough devices to be on the market for there to be a sizeable audience.

“The answer to the popularity today of podcasts lies in the fact that they have been around for a long time, and that it took time to catch on,” said Greg Sterling, vice president of the Local Search Association.

“Part of this is timing, as people have embraced streaming media in audio and video,” he told the E-Commerce Times.

“This plays into the ability to choose when and where and even how to listen to the content,” added Sterling.

“The explosion of smart speakers is also playing into this as well,” he pointed out.

“The podcast industry has been silently riding the wave of smartphone adoption over the last decade, and it’s been a good thing for the artists and businesses in the industry,” noted Josh Crandall, principal analyst at Netpop Research.

“After riding the rollercoaster of VC hype in the early 2000s, the industry settled into the long haul of building awareness, trial, and finally audiences,” he told the E-Commerce Times.

As a radio alternative, podcasts have other benefits. One key factor is that they can be downloaded for playback at a user’s convenience, unlike traditional radio programming.

Examples include the multitude of podcasts NPR puts out, he told the E-Commerce Times. “They’re very well done, and they have helped bring podcasting into the mainstream.”

In addition, radio shows such as Radiolab and This American Life have utilized podcasts to expand their reach through podcasts without too much effort, noted Netpop Research’s Crandall.

“Add to this evolution the celebrity podcast performances of Barack Obama on WTF, and people finally took notice,” said Crandall.

“Curious people found niche programming available on podcasts that enabled them to learn, laugh, or simply lean back during their boring commutes,” he added. “It was just a matter of time that the trickle of listeners would become sufficient for businesses, producers and artists to begin to reap what they have sown.”

Where podcasts also differ from radio and much of traditional online content is in length. Text-based stories online tend to be concise, and even videos on streaming services such as YouTube favor the less-is-more model. Podcasts have broken from that formula, however.

“There is the ability to deliver niche content that drives longer-form programming,” said Jake Shapiro, CEO of podcast aggregator RadioPublic.

“Podcasts are something that is good for driving, exercising, walking the dog or washing the dishes,” he told the E-Commerce Times.

“This content works well in the connected car where it can be streamed from a USB device or smartphone, or in the home via a connected device,” he noted.

“Most people probably don’t even consider the length, and while this is long-form content, it is much like listening to the radio,” LSA’s Sterling observed.

“What makes this content different is that the host and personalities can be very engaging, and podcasts can be habit forming, where audiences listen all the way through — something that doesn’t always happen with publishing on the Web,” said Shapiro. “

The analytics findings should come as good news to advertisers, who have faced increased fragmentation from traditional delivery challenges in recent years.

Podcasts could have the potential to reach target audiences in a way that radio and other broadcast mediums have been unable to accomplish.

“Many podcasts are sponsored already so there is that opportunity. That is straight-up advertising. But companies can also create podcasts that are relevant to them,” suggested Sterling.

“We could see a company like Expedia, for example, create podcasts on places to go, things to see, and ways to get there, and make the podcasts all around travel,” he suggested.

“They (Expedia) could generate it and get placement where the content is tied into their websites,” Sterling noted.

The challenge is that it would have to be meaningful content that would engage users.

“There are many times that marketers have a great idea but don’t have the commitment to build it so that it connects with the audience,” said Sterling.

“Content that is created by brands is already an evolution of this,” noted Shapiro.

“It is primitive right now — but done right, this can allow advertisers to reach the niche audiences that have been largely unreachable by other means,” Shapiro maintained.

The idea could be taken even further.

“Companies can use podcasts as advertisements — not only by advertising on a podcast, but by creating a podcast that highlights people using and enjoying their products or services, and by telling their story on other podcasts as guests,” suggested Gerbyshak.

“When done well, advertising is content — content that people want to listen to that drives awareness and revenue,” he said.

The issue could be one of value. The Super Bowl is the rare event during which the commercials sometimes outshine the programming.

“You have to make something interesting,” Sterling said. “In the end, building a podcast audience is a commitment. It is not something that is “just going to happen tomorrow.”