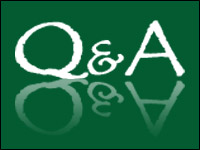 When Amazon began offering cheap pay-as-you-go access to computing resources in the cloud to the public, it broke new ground. Independent developers, small businesses and individual departments of large businesses leaped at the chance to work on projects while keeping infrastructure costs down.

Users would plunk down their credit cards, get access to whatever infrastructure they required in whatever amounts needed, and stop paying once they’d completed their projects and no longer needed the infrastructure.

The Obama administration gave the concept of leveraging the cloud a shot in the arm in mid-September when it unveiled a plan to leverage existing infrastructure by taking a cloud computing approach. It launched the Apps.gov site, a clearinghouse for business, social media and productivity applications as well as cloud IT services.

Meanwhile, enterprises are trying to come to grips with cloud computing. While they can slash capital expenses and operating expenses — paying only for the infrastructure they need as and when they need it, no longer requiring IT staff to service the hardware and software — they also run the risk of putting sensitive corporate data on public clouds.

In general, they would rather retain this sensitive data on internal clouds, but how could they parse out data that was less sensitive and put it in the public cloud and still ensure contact between their public and private zones?

To resolve that problem, VMware launched the vCloud initiative at VMworld 2008. This provides a bridge between private and public clouds. In September, Terremark Worldwide, a provider of managed IT infrastructure services, took this one step further by launching the vCloud Express service.

Think of the vCloud Express service as Amazon’s cloud services on steroids. Not only can users get access to infrastructure in the cloud as and when they need it and pay only for what they consume, but the vCloud Express links an enterprise’s internal data center to external clouds from Terremark.

However, is Terremark late to the market, coming in way behind well-established offerings from Amazon.com, Microsoft (which announced its Azure cloud computing platform last year) and IBM, among others? Jason Lochhead, chief technology officer of hosting services at Terremark, discussed this issue with TechNewsWorld in an exclusive interview.

TechNewsWorld: How does your offering differ from that of Amazon.com or Microsoft or IBM?

Jason Lochhead: The main differentiator is we’re using partnering with VMware and using its technology as the back end. VMware has a large, loyal customer base, and there’s a large contingent interested in getting access to the VMware cloud on a pay-as-you-go basis.

Microsoft is looking more at the cloud as a Platform as a Service and as a development target rather than using it to run existing workloads. You could run the Platform as a Service offering on top of what we’re doing, and some people already interested in us are doing that. But we aren’t in competition with Microsoft.

I haven’t really run across IBM in competitive situations in the enterprise cloud or vCloud; I’m more apt to run into Amazon or Rackspace — we have similar models in that people want to be able to spin up virtual servers and pay for what they use.

Some of the differentiators between them and us are flexibility and longer-term goals. With vCloud, VMware is looking to knit together external and internal clouds seamlessly; eventually you’ll be able to spin up a virtual machine and run it where you want to, either internally or externally, and that’s a way to get to this vision of cloudbursting and seamless internal and external cloud compatibility.

TNW: In announcing vCloud Express, Terremark said customers can easily sign up for the service online with a credit card and immediately begin provisioning computing capacity using an intuitive Web console. The service also offers integrated firewalls, load balancing and other features, but it seems to me all of which are already par for the course for all cloud computing vendors.

Some of it — there’s a basic expectation that people should be able to come in with a credit card and sign up for services. The differentiation comes in when you ask who’s backing you — VMware is pushing hard for standards and virtual APIs (application programming interfaces). If those standards are adopted, you’ll be able to get away from vendor lock-in.

The OVF standard for virtual machines; the vCloud API — VMware recently published this API. That’s where you get to the long-term goal of being able to move these workloads between locations. Standardization will make it simple to move workloads from one cloud provider to another. Today, most cloud providers have different formats and other technical differences.

(The OVF, or Open Virtualization Format, standard was announced by the Distributed Management Task Force at VMworld 2008. OVF was developed jointly by several vendors. It lets vendors or enterprises package virtual machines together with applications and operating systems to any other apps and hardware as needed. All this is wrapped up in metadata in XML format and digitally signed to authenticate the package. The vCloud API will allow user organizations to move apps and digital files freely between the public and private clouds.)

TNW: So you’ll be able to move any virtual machines around easily?

If you have really large virtual machines measuring a couple of terrabytes, moving those around isn’t going to be easy.

TNW: So vCloud Express will pave the way for movement between internal and external clouds. What’s its significance?

We’ve got two different platforms for the cloud. We have vCloud for small businesses and developers — people who want to get in quickly and use their credit cards. And our Enterprise Cloud platform, for enterprises, government — large organizations which have compliance issues or requirements, meeting which may require audits and security services above and beyond what users would get in the base cloud infrastructure.

vCloud is a place to get started, and if you want to use this as an extension of your data center, the Enterprise Cloud is what you want, and that’s where you pull in private circuits and our security team layers on additional security on top of the firewall.

TNW: How successful do you think this service will be?

I’m pretty confident that this platform will be successful because it’s built on our enterprise cloud platform, which is quite successful. It’s a simpler version because small businesses and private developers don’t care about enterprise features, but it has the same user interface and capabilities.

We’ll work with beta customers as we did with Enterprise Cloud and get their feedback and incorporate that into our roadmap for vCloud Express.

TNW: VMware bought a five percent share in Terremark earlier this year. So you will work exclusively with VMware and not with Citrix or Microsoft then?

We chose VMware because its technology was superior to the competition’s, and that hasn’t changed. Obviously their investment in us is a nice vote of confidence, but nothing has changed. We launched Enterprise Cloud about a year and a half ago for the enterprise and government, and a lot of these customers use VMware.

To discount Microsoft would be a mistake; they’ve made some big strides. But for us, right now, it’s still VMware.