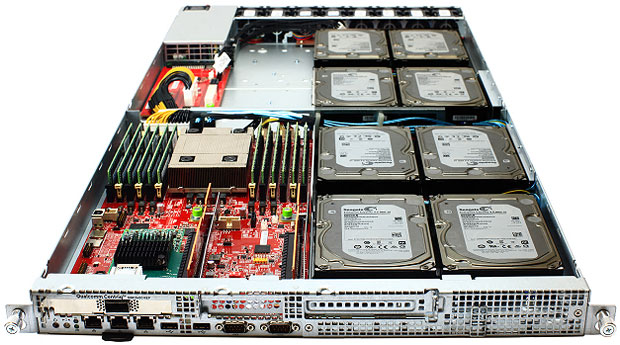 Qualcomm on Wednesday announced a collaboration with Microsoft to accelerate next-generation cloud services on the 10nm Qualcomm Centriq 2400 ARM-based platform.

The collaboration will span multiple future generations of hardware, software and systems.

The companies have been working for several years on ARM-based server enablement. They have been optimizing a version of Windows Server for ARM running on the Centriq 2400, which Microsoft will use in its data center.

Qualcomm made the announcement at the Open Compute Project Summit in Santa Clara, California, where it conducted the first public demonstration of Windows Server on the Centriq 2400.

The spec, based on the latest version of Microsoft’s Project Olympus, pairs the Centriq 2400 with the most advanced interfaces for memory, network and peripherals, and lets devs design ARM-based servers for the most common cloud compute workloads.

The motherboard fits into a standard 1U rack server system. It can be paired with compute accelerators, multihost network interface controllers, and leading-edge storage technologies to optimize it for specific workloads.

“Microsoft’s looking for more efficient compute architecture for Azure, and Qualcomm wants a slice of the [Infrastructure as a Service] business,” said Holger Mueller, a principal analyst at Constellation Research.

“When two vendors see synergies, good things can happen, but it’s too early to tell how well this spec will do,” he told TechNewsWorld.

Why the ARM Move?

Microsoft has been running evaluations of ARM servers side by side with its Intel-based production workloads, noted Microsoft Distinguished Engineer Leendert van Doom.

ARM’s “high Instruction Per Cycle counts, high core and thread counts, the connectivity options, and the integration that we see across the ARM ecosystem [are] very exciting.”

Intel has “about 98 percent” of the server market today, and “this is a choke hold on innovation,” remarked Kevin Krewell, a principal analyst at Tirias Research.

“The industry needs competition, or Intel will use the industry as its piggy bank to fund other projects,” he told TechNewsWorld.

Cavium, which collaborated with server supplier Inventec, also developed an OCP-based motherboard compatible with Project Olympus and presented a demo with Windows Server for ARM on its server processor SoCs at OPC.

All About the Cloud

Microsoft is “looking for the cheapest solution for the cloud,” suggested Rob Enderle, principal analyst at the Enderle Group, and “it’s working to make sure all its eggs aren’t in one basket.”

The company’s Azure cloud business is going gangbusters, based on its Q2 results.

Microsoft considered where ARM servers would be applicable and provide the most value, van Doorn pointed out. Those areas include search and indexing, storage, databases, big data and machine learning.

Cloud systems “have to be able to scale from the very large to very small almost instantly, so they need dense, high-core technology which is very similar to what AMD and ARM have been working on,” Enderle told TechNewsWorld.

Microsoft “has been looking at optimization of servers, and this goes to its cloud first strategy, because it wants to have the best cloud on the planet,” he added.

In addition to Qualcomm, Microsoft is working with AMD, Intel, Cavium, Nvidia and others on the Olympus project. 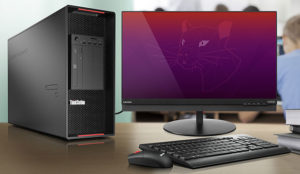