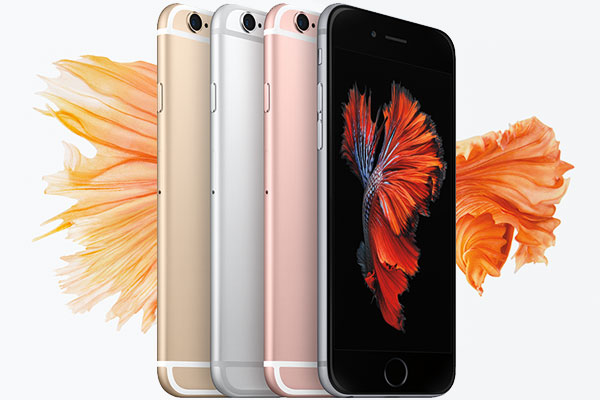 Notices for the new iPhones have started appearing, and Apple’s hardware once again is being bathed in critical acclaim, with just a few cries of discontent here and there.

The new capabilities in the iPhone 6s and 6s Plus may appear underwhelming to some observers, but not to Re/code’s Walt Mossberg.

“These are things that improve the quality of the phone while generally making a fluid, powerful product even better — and faster and easier to navigate and use,” he wrote. “They secure the iPhone’s place as the best smartphone on the market.”

Even more emphatic about the quality of the new iPhone models was John Gruber of Daring Fireball.

“‘The Only Thing That’s Changed Is Everything’ is the slogan of Apple’s marketing campaign for the iPhones 6s. I can’t beat that,” he wrote. “I’ve been testing both models for 12 days, and what Apple is saying about the new iPhones is true. They don’t look new, but almost everything about them is new.”

While many reviewers agreed that these latest models were the best iPhones yet, that doesn’t mean innovation is alive and well in the smartphone market.

“Smartphone innovation has plateaued, and what we demand most in our newest phones are improvements to the essentials,” wrote Joanna Stern of The Wall Street Journal.

Two essentials in a smartphone are taking pictures and navigation, and many reviewers noted that Apple has innovated in those areas with Live Photos and 3D Touch.

Live Photos combines video and still photography into a new content form. It automatically captures 1.5 seconds of video before and after you snap your still shot and lets you export the package as a photo-video hybrid.

“The absolute best thing about the 6s is Live Photos,” Stern wrote. “They’re awesome for reliving fun moments, especially of an active puppy or child, and anyone with an iOS 9 iPhone or iPad can view them.”

Nevertheless, Live Photos appears to be a work in progress.

“If you move your camera immediately before or after taking the photo, the movement will show up in the animated photo,” Brian X. Chen wrote for The New York Times. “Several of my Live Photos were ruined because I put the phone down too quickly after taking the picture.”

He also would like to be able to turn off audio in Live Photos and be able to edit the video in them — two capabilities not available in the feature out of the gate.

Another glaring omission in Live Photos, Chen noted, especially in the age of sharing: no Facebook support. Live Photos can be played only on iOS 9 and OS X El Capitan devices.

Those Live Photos, by the way, are being captured by what many reviewers are saying is the best cameras in an iPhone to date. “The iPhone 6s cameras are terrific,” wrote Daring Fireball’s Gruber.”They’re fast, responsive, and accurate — accurate meaning that unedited, right off the camera roll, the color and light reproduction look like how the scene appeared to my eyes.”

Apple did more than tweak the quality of the cameras in the new iPhones from previous models.

“I was incredibly impressed by the differences in camera quality between the iPhone 6 Plus and the iPhone 6s Plus,” Matthew Panzarino, a former professional photographer, wrote for TechCrunch. “It’s very, very noticeable and very welcome.”

The new iPhones also incorporate 3D Touch, which essentially makes touch granular. A light touch can trigger one task; a heavier touch can trigger another. In addition, where you apply pressure can determine which task is performed.

The feature was a hit among some reviewers.

“This is one of those potentially huge user behaviors — like swiping, or pinching and zooming — that seem odd or minor at first, but which Apple historically is able to make deeply important and useful,” Re/code’s Mossberg wrote.

It met with a tepid response from others, including The Times’ Chen.

“Unlike past touch gestures on the iPhone, like pinching or swiping, I found 3D Touch, in its current state, to be limited and mostly unnecessary,” he wrote.

Of course, the reason things like Live Photos and 3D Touch work so well on the new iPhones is the new processor in the smartphones.

“If you operate an iPhone 6 side-by-side with an iPhone 6s, the difference hits you between the eyes,” wrote David Pogue for Yahoo Tech. “Opening apps, switching apps, processing things — it all happens faster on the 6s.”

“The No. 1 thing people want in a smartphone is better battery life,” WSJ’s Stern wrote. “The iPhone 6s doesn’t deliver that.”

However, Re/code’s Mossberg was satisfied with the battery life he got from the phones.

“In two weeks of heavier-than-normal use (because I was testing, testing, testing) the iPhone 6s never died on me before I was ready to end my day,” he wrote. “Even after 15 hours, there was typically 10 percent or so of battery life left in the tank.”

Storage was an issue among many reviewers because new phones have features, such as Live Photos and 4K video, that are byte hogs.

“If there were ever an iPhone that needed more storage, it’s this one, yet Apple continues to rip off customers with a 16GB base model … rather than offer a 32GB one,” Stern wrote.

Who should upgrade to the phones? The new phones are a good buy for users of older iPhones, our review sampling suggests.

“If you are thinking of buying a new phone, and you have anything older than an iPhone 6, you should buy an iPhone 6s Plus,” wrote Nilay Patel for The Verge. “It is the best iPhone ever made, and it is right now the best phone on the market.”

“If you’re upgrading from an iPhone 5s or anything older,” he added, “it will blow your mind.”