Rise of the Smartwatch 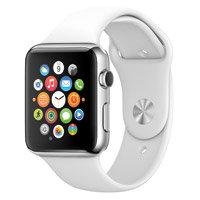 Taken separately, last week’s announcements from Apple, Intel and T-Mobile were impressive. Intel and T-Mobile basically announced they were going to explode the existing mobile market, changing it dramatically from what it is today.

Apple embraced some slow-moving technologies, which should speed them up dramatically. Frankly, I don’t think what Apple announced is in the same league, but it will have a big impact and drive change into the market.

I’ll close with my product of the week: Jimmy the Robot from Intel — the toy that could prepare your kid for the robotic future world.

Of these three news-making companies, Intel is setting up to provide the biggest impact by far. Its most impressive product showcased last week was a new Dell tablet that is 6mm thick and has a unique tri-lens camera that can capture Lytro-like images in high resolution with near-infinite depth of field.

As with the Lytro, you can change the focus after you take a picture in order to enhance anything in the image. This product foreshadows a time when our only PC will be an ultra-thin tablet that we will accessorize to take the place of a full-sized machine.

Intel showcased several other technologies that could make this happen. My favorite is resonance wireless charging, which can broadcast power to a device through objects.

Imagine being able to just put your device in range of the power source and have it charge — no cables, no wall wart. Whether the device is on your body or on a table, it charges, as long as it is within range of the wireless charger.

With an electric car, you’d have it mounted in your garage floor; every time you parked, you’d be charging, and you’d never worry about the plug. Intel is planning to push this like they did Centrino, which drove WiFi into the world. This suggests that by 2020, we’ll be with power — like we are with networking — wireless.

Intel also showcased a new wireless networking capability that operates at gigabit speeds, that would let you lose the rest of the wires — including the ones to the monitor, which will be able to handle 4K resolutions without a connecting cable.

In Intel’s vision of the future, your new tablet or smartphone will be all you need — no PCs, no redundant devices and no cables — and you will never have a dead battery.

T-Mobile: Kicking the Big Cellular Companies Where It Hurts

T-Mobile had its Un-Carrier 7 launch, and I’m wondering why we aren’t all switching to T-Mobile.

The reason is that it has embraced WiFi calling to a degree no other carrier has, and this has allowed it to deliver phone pricing plans with international services that no other carrier can yet touch.

This is a combination of coverage and pricing that should get anyone now thinking of buying a new iPhone to at least consider moving to T-Mobile as part of the process — and not just because of the technology, but because it has the highest customer satisfaction.

Hell, it is not only out-innovating the other carriers, but also keeping its customers happier, and that is why its latest quarter is its most successful.

Added to what Intel announced, this solves the data access and telephone problem, because now we’re better able to converge data and voice activity, and we no longer need wired phones. Our smartphone will be able to handle all our needs in that anticipated future.

With the new iPhones and Apple Watch, Apple is trailing other companies that offered larger screens first and implemented NFC and mobile payments first. The idea of an iPod with a wristband actually was first seen with an iPod nano and wrist accessory years ago.

However, Apple’s implementation of these technologies in its just-announced designs should drive them more rapidly into the market. This means your smartphone will more aggressively start replacing your credit cards with a far safer and more secure alternative. You’ll be able to tap and pair the wireless devices that Intel showcased, and the smartwatch will become a far more capable device much more quickly.

Your universal device in the future actually may not be a tablet or a smartphone but an ever-more-capable smartwatch. This watch will charge when you are near the resonance charging field, giving it unlimited power. It will connect to keyboards and monitors to become more PC-like, and it will integrate with both wireless networking and voice.

It could become the only device you need, and since it is attached to your body, it could be both more convenient and more secure than anything we have today. Interestingly, one other set of technologies Intel showcased, targeting smartwatches, would make all of this possible in a few short months.

Wrapping Up: Change Is Driven by Many

We are entering a period of massive change. From cars that no longer need drivers to PCs we can wear on our wrists, covering both our voice and data needs, we are looking at the next decade as one in which we don’t have tablets, PCs or even smartphones as we now know them.

Instead, we’ll have just one device connected to high-speed back end services, which can do everything all our devices collectively do today for a far lower monthly bill. Yes, the part that likely will be the most important is that we should be able to get rid of our redundant services and have just a WiFi service coupled with our wearable PC to cover everything from the movies we watch to the calls we make.

We are talking between 2017 and 2020 for all of this to become real for most of us, and that isn’t very long to wait.

Product of the Week: Jimmy the Intel Robot

Jimmy the Robot is the child of Brian David Johnson, Intel’s lead futurist.

The idea was to create a 3D-printable robot that kids could build to learn about robotics, and it finally is ready for market. There are two versions: a pro version that could be used by schools or Bill Gates’ kids, because it costs US$16K; and the more affordable $1.6K version. 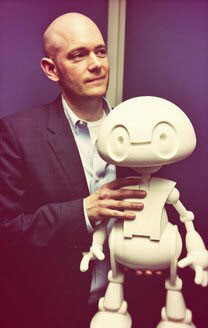 The goal is to get the kit down below $200 reasonably quickly, but like it was when PCs were created, the volumes for the related parts and the availability of large-scale 3D printers aren’t where they need to be yet to get to that price point.

Jimmy is intended to be a child’s companion or pet — but one the child can create uniquely, both to learn about robotics and to build a sense, as the child ages, of where robots are appropriate.

This hopefully will drive more interest in robots that are fun and helpful and less interest in robots designed to kill people. I’m a big fan of this goal, because while I enjoyed the Terminator movies, I never want to live in one.

Because Jimmy is cute, fun — and especially because he anticipates a world with fewer killer robots — he is my product of the week.